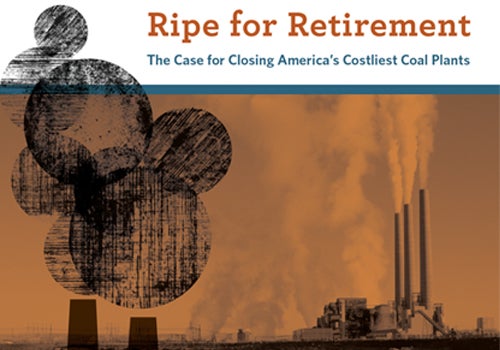 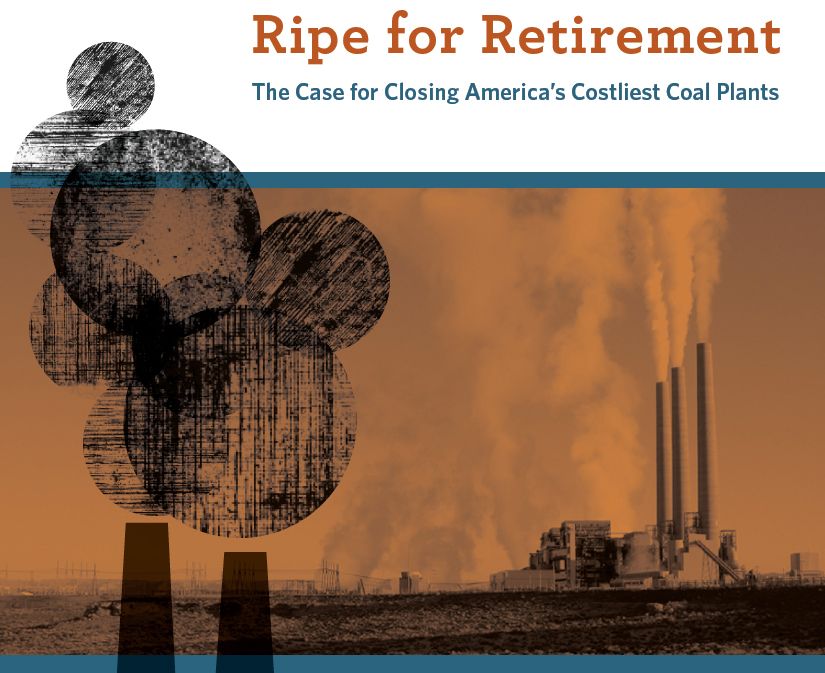 Today the Union of Concerned Scientists (UCS) released the report Ripe for Retirement: The Case for Closing America’s Costliest Coal Plants, which highlights the financial uncertainty of many coal plants around the nation. It turns out that the Southeast is home to a staggering number of inefficient and uneconomic coal plants.

As of  May 31, a total of 288 coal-fired generating units representing 41.2 gigawatts (GW) of capacity across the U.S. have been scheduled for closure. Many of the owners of these on-the-way-out coal-fired units based their decision to close up shop on economic grounds. Now that there are many cleaner, lower-cost alternatives for electric generation, coal plant owners are concluding that paying for costly upgrades to keep their outdated coal plants running is a bad investment.

UCS’ new report bolsters these ideas as they have identified up to 353 coal-fired electric utility generating units, many with multiple generating units and 121 of these in the Southeast, that are ripe for retirement, meaning that economically speaking they are uncompetitive compared with cleaner, more affordable sources of energy.

UCS’ report stresses the point that these ripe-for-retirement generators (or units) can be closed on top of the already announced 288 retiring generators without jeopardizing the reliability of America’s electricity system. The U.S. is projected to have 145 GW of excess capacity by 2014, in addition to reserve margins required to maintain reliability at the regional power grid level. Since burning coal for electricity is one of the leading sources of toxic air pollution including sulfur dioxide, nitrogen oxides, soot, mercury and carbon dioxide, retiring the units identified in UCS’ report would be a huge step toward cleaning up our region’s air and water resources.

So how do the Southeast states’ coal-fired units fair in UCS’ assessment? Let’s take a closer look. Ripe for Retirement ranks the states and utilities with the most coal-fired power capacity that should be considered for closure. (Note:  Megawatt/MW is a unit of energy measurement, while Megawatt hour/MWh is a unit of measurement of the volume of energy used over the set time period. For example, 50 MW over a 24hr period would mean 1200MWh.)

How did UCS arrive at such a large number of ripe-for-retirement coal plants in the Southeast? UCS compared the cost of electricity from individual coal-fired electricity generating units with the cost of alternative forms of electricity generation, including natural gas and wind generation. If a coal-fired generator after installing any needed pollution controls would be more expensive than these alternative forms of energy, then that coal generator is considered ripe for retirement.

The report authors actually carried out several varied economic comparisons, ultimately arriving at a low estimate and a high estimate of the number of coal units that are ripe for retirement. The low estimate was arrived at by comparing the operating costs of a coal generator upgraded with modern pollution controls to operating costs of a new natural gas combined cycle plant whose capital costs were not yet recovered. The high estimate came from the comparison of the same type of coal generator to the operating costs of an existing natural gas combined cycle plant whose capital costs were already largely recovered. The report also analyzed several alternative scenarios that could influence the economic competitiveness of America’s remaining operational coal fleet, including implementation of a price on carbon dioxide emissions and the availability of federal tax credits for wind power.

Any way you look at it, there are a significant number of coal units that need to pull the plug on their operations here in the Southeast: 121 with the high estimate and 47 by the low estimate.

The alternative analysis included in the report looked at how the economics of continued operation of coal-fired generating units stood up under several scenarios: low and high prices for natural gas, placing a price on carbon dioxide and wind powered generation with and without an extension of the federal tax credit. The report finds that low natural gas prices and a price on carbon dioxide have the greatest impact in expanding the pool of coal-fired generators deemed ripe for retirement.

For a more complete picture of all of the analyses and variables considered by the UCS team, check out the full text of the report. The report clearly gives us an important snapshot of the economic state of play as utilities actively make decisions on whether or not to extend the lives of their already woefully outdated coal-fired power plants. Ratepayers should be empowered by the information provided in this report to push their electricity service providers to conduct thorough and transparent least-cost planning and alternatives analysis in order to make informed decisions when it comes to the future of their energy portfolio—not just so that we can clean up our air and water—but also to make sure we, as a nation, are not wasting our money in these tight economic times.