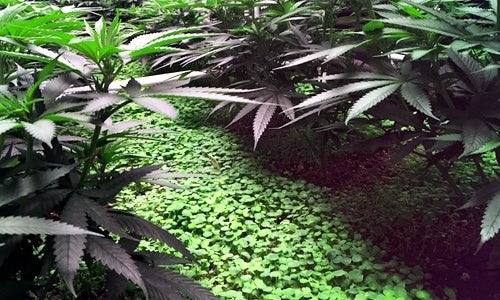 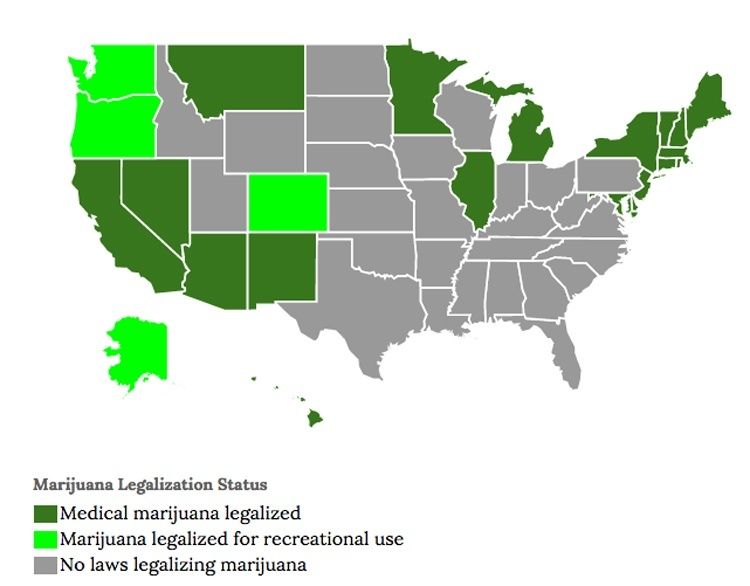 More and more states are moving to legalize or at least decriminalize weed. Photo credit: Governing

“Typically, decriminalization means no arrest, prison time or criminal record for the first-time possession of a small amount of marijuana for personal consumption,” explains NORML (National Organization for the Reform of Marijuana Laws). “In most decriminalized states, these offenses are treated like a minor traffic violation.”

All of this is to say that marijuana use has become far more socially acceptable in the U.S. in recent years. “According to government surveys, some 25 million Americans have smoked marijuana in the past year, and more than 14 million do so regularly,” say NORML. The number could, in reality, be much higher than that—given the fact that people may have not been entirely truthful about the subject on a government survey.

At the Democratic debate on Tuesday, moderator Anderson Cooper joked, “some of the candidates have tried marijuana, as have pretty much probably everybody in this room.” When asked if he would vote to legalize recreational marijuana sales if he were a resident of Nevada, where the measure will be on the 2016 ballot, Bernie Sanders replied, “I suspect I would.”

Legal marijuana is the fastest-growing industry in the U.S., according to FastCoexist. So if legalization is more or less inevitable nationwide, it’s crucial to consider its environmental and human health impacts. As it stands right now, cannabis production needs to become a whole lot greener and healthier.

In rural California, where marijuana is the top cash crop, it uses massive amounts of water during the drought. In fragile Northern California ecosystems that are just starting to recover from the logging industry, guerrilla weed growers are chopping down trees, eroding hillsides, poisoning wildlife and illegally sucking up water from rivers and streams.

Indoor pot farms aren’t necessarily better; the typical indoor operation uses more energy per square foot than a data center. A 2012 study of marijuana’s carbon footprint estimated that it accounted for three percent of all the energy used in California—as much as the energy used by 1 million homes, or the carbon emissions from 1 million average cars.

Part of this problem lies in the fact that the guerrilla pot growers are obviously not operating legally. At EcoWatch, we’ve reported that legalizing marijuana would help the industry operate in a more sustainable way. But even fully legal pot farms are, often times, not the most environmentally friendly.

With their “high-powered lightbulbs, HVAC systems, dehumidifiers and generators,” indoor pot farms are sucking up a lot of energy, Quartz notes. “Since California legalized the cultivation of medical marijuana in 1996, electricity use in Humboldt County, considered the capital of pot growing, has risen much faster than the rest of the state,” says Quartz. “Producing a single marijuana cigarette creates two pounds of CO2 emissions, according to one estimate.”

And for a drug that’s extolled for its medicinal benefits, it can be made with some potentially dangerous products. Research presented earlier this year at the Emerald Scientific Conference, which focuses on the science of cannabis, found that “current screening methods can detect more than 200 types of pesticides in marijuana. Other common contaminants include mold, mildew, bacteria, fungus, chemicals, fungicides, solvents, toxins and metals,” according to Quartz.

But there are farms out there illuminating the way.