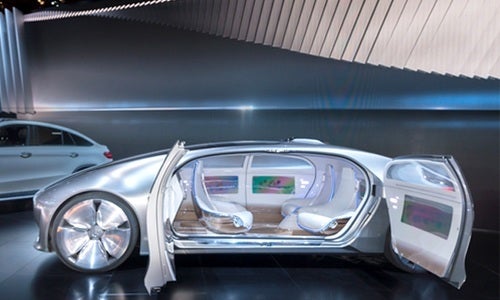 There’s a lot of buzz these days about autonomous or self-driving cars. Major tech and car companies like Google, Ford, Mercedes-Benz and Apple are all jumping on board with these cars of the future, either with plans to create self-driving vehicles, or with vehicles in the testing stages almost ready for the road. 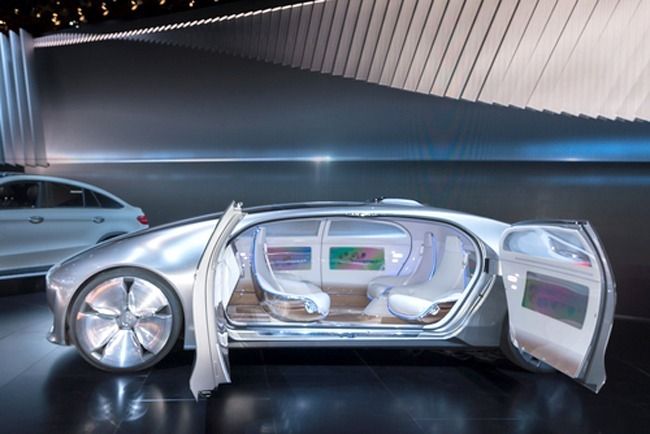 And there’s a reason for this—humans are terrible drivers. Unfortunately, we drink, we snooze, we text, we tweet, we eat, we apply make-up and we chat on the phone all while barreling around at high speeds behind the wheel of a moving vehicle. In the U.S., 30,000 people die from automobile accidents every year, and world wide, traffic crashes are the primary cause of death for people aged 15-24. Human error is a terrifying thing when it occurs at high speeds, and the visionaries for these futuristic cars are looking to eliminate it.

Autonomous cars do the driving for you, meaning that both able-bodied and many people with disabilities will enjoy the independence of having a car. A stroke sufferer who can no longer drive will be able to get behind the wheel and live a more independent life. An elderly person who lost a license will be able to gain some independence back. Nearly one in five people have a disability and 45 percent of disabled people in the U.S. still work, and these cars stand to make their lives easier, allowing them to travel with ease.

And the advantages go far beyond accessibility and cutting down traffic accidents: they will be good for our environment too. All of these new autonomous cars are powered by electricity, not gasoline. Electric vehicles (EVs) are already cleaner than standard cars just by using today’s electricity sources to power them, and they’ll only get cleaner over time as we move toward a 100 percent clean energy grid. This means lower oil use, lower greenhouse gas emissions and higher air quality.

Also, many of these autonomous cars will be shared. Companies are investing in car sharing and using smartphone apps that let people summon cars effortlessly, matching the pattern preferred by many millennials. From 2007 to 2011, the number of cars purchased by people aged 18 to 34 fell almost 30 percent. Instead, millennials are opting for car sharing options such as Zipcar and Car to Go. And this makes sense considering 95 percent of a car’s lifetime is spent parked. According to Alan Woodland, executive director of the Car Sharing Association, around 1 million people now car share—four times as much as just four years ago. Considering the benefits, that’s understandable—it’s far more convenient for those in many areas. Instead of owning one type of car, sharing allows one to use the car that best fits current needs. Going to the grocery store? Order a car with trunk space.

Car sharing not only takes cars off the road and helps eliminate congestion and air pollution, but also reduces the need for parking lots, garages and gas stations. Also, imagine a future in which people use a shared autonomous car to get from their home to a transit station, take a train or electric bus to a stop near their office and use a bike-share or their own two feet to make the last leg of the journey.

These are the many reasons why we’re keeping autonomous vehicles on our radar.

However, there’s still a long way to go. Google’s model only goes 25 miles per hour, meant only for short residential trips. These cars can’t drive in the snow or heavy rain, and there’s a variety of complex situations they don’t process well, like construction zones and hesitant pedestrians.

If we have any hope of getting to these futuristic “Jetson’s” cars, we need to scale up the innovative, green vehicles already available. The EVs of today, while not autonomously-driven, come in all shapes, sizes and price points. Some are meant for long distances, like the Tesla and the plug-in hybrids on the market, and some are meant for shorter distances, like the Nissan Leaf; but when driven by a licensed driver, these cars have the ability to take on heavy rain, snow and construction sites. As high-tech marvels, they’re also really fun to drive.

We need to make EVs more well-known, affordable and accessible. We need to increase the number of charging stations at workplaces, multi family homes, and in disadvantaged communities. We can’t wait until self-driving vehicle technology is ready for the public for us to start making the switch to electric cars—we need to continue our advocacy efforts on increasing access to the people-driven EVs currently on the market. 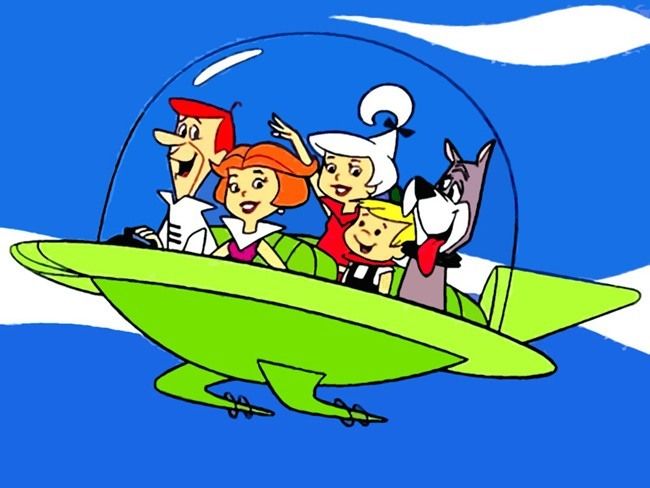 If we have any hope of getting to these futuristic “Jetson’s” cars, we need to scale up the innovative, green vehicles already available.

By advocating for policies that support a responsible EV-driven future, promoting autonomous vehicles when they hit the market and promoting person-driven EVs on the market now, we can set up a smart infrastructure that supports all EVs. Because the sooner we switch from gasoline-powered cars to electric-powered cars, the sooner we decrease our oil use and greenhouse gas emissions, and better protect our planet—and the sooner we can live like we’re George and Jane Jetson—but ideally with more trees.