The Brighter Side of Air Pollution 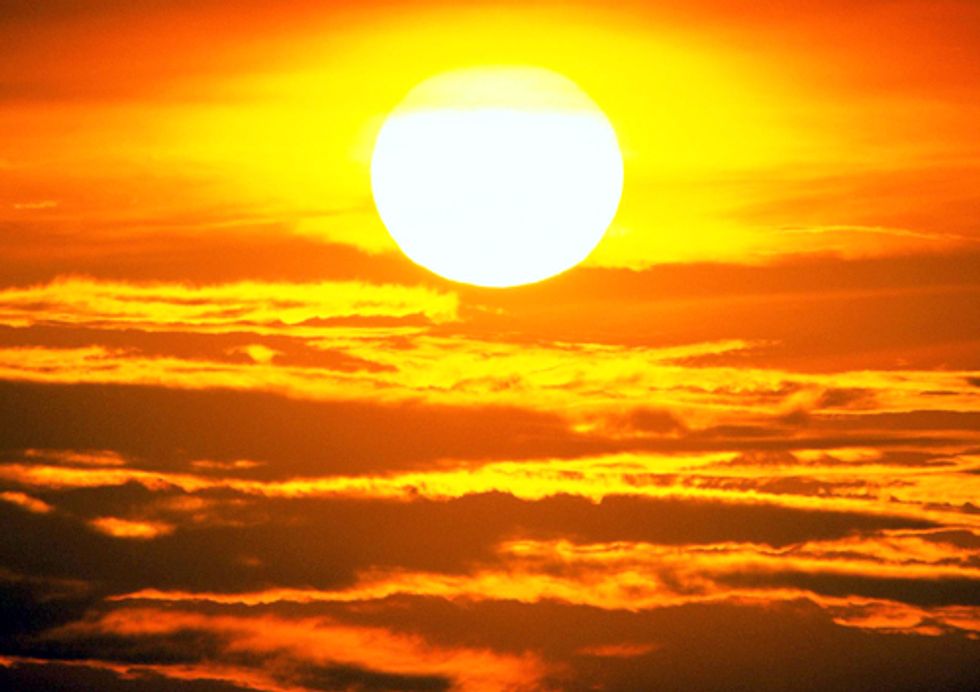 One of the most persistent myths about human-caused global warming is that it should be driving temperatures steadily upward. The misconception is understandable—we’re steadily adding carbon dioxide and other greenhouse gases to the atmosphere, so it makes sense that the temperature should be going higher every year.

Climate scientists know better, though. All sorts of forces drive global temperatures, including changes in the Sun, changes in ocean currents, volcanic eruptions that block solar heat and cool the planet, and more. In the middle of the last century, for example, soot and other particles spewing from factory smokestacks, collectively known as aerosols—cooled the planet for a couple of decades. In the decades before that, the Sun brightened a bit, making things warm especially fast.

In the first decade of this century, the warming slowed, and nobody’s quite sure why. “The fact is that we can't account for the lack of warming at the moment,” wrote Kevin Trenberth of the National Center for Atmospheric Research in one of the infamously hacked “Climategate” emails, “and it is a travesty that we can't.” He wasn’t lamenting any sort of challenge to the idea of human-triggered climate change, as many skeptics claimed, but only an incomplete knowledge of how climate behaves on short timescales.

The knowledge gap may just have narrowed, however, with the publication of a new study in Nature (one of two we’re reporting on this week, as it happens) that appears to move the explanation for one type of climate variability from the natural to the human camp.

According to Ben Booth, of the Met Office Hadley Centre in the U.K., along with four colleagues, something called the Multidecadal Atlantic Oscillation (MDO), which has sent North Atlantic sea-surface  temperatures up and down over the 20th century, isn’t a natural cycle at all, as many have thought. Instead, it’s mostly a function of how much pollution humans have been spewing into the air. “Our findings,” write the authors, “suggest that anthropogenic aerosol emissions influenced a range of societally important historical climate events such as peaks in hurricane activity and Sahel drought.”

Amato Evan, of the University of Virginia, who commented in Nature on the new finding, said that the explanation makes sense. “Essentially,” he said, “the Atlantic exhibits these weird multidecadal [i.e., decades-long] fluctuations over the 20th century that you don’t see in other ocean basins.” Part of it—especially the mid-century cooling that affected the whole world—could be laid at least partly at the feet of pollution. Since the other ups and downs affected just the Atlantic, however, there had to be more going on.

But not all that much more, says the new paper. By adding the effect of aerosols into a sophisticated climate model, the scientists were able to show that the human-generated particles explained fully 76 percent of the multidecadal variations in their simulations, which in turn matched what happened in the real Atlantic from 1850-2005. The rest is natural, including eruptions, like that of Mount Pinatubo in 1991 and dust blowing in from the Sahara.

The reason pollution has affected the Atlantic more than the other oceans also makes sense. Since the Industrial Revolution and through much of the 20th century, most heavy industry was concentrated in the U.S. and Europe. Westerly winds took America’s dirty air out over the Atlantic, while the pollution from Europe blew south and then west over the ocean with the trade winds. “It’s just the geography that made it all end up over the Atlantic,” Evan said.

Thanks to clean air laws on both continents that went into effect in the early 1970s, airborne pollutants dropped off rapidly—and sure enough, temperatures in the North Atlantic began to climb. And without that 76 percent from human-generated aerosols to cool things, global warming, which had been happening all along, has been shining through. Now it’s the turn of the Indian Ocean, where pollution from the subcontinent has been wafting over the Bay of Bengal, cooling the sea surface and weakening the annual monsoon. The same might happen with China’s pollution, except, Evan said, that maybe the Pacific is just too big to respond. “I’m just speculating, though,” he said.

For the North Atlantic, however, assuming this new model is right (and it still needs to be validated by other modelers), the pollution-driven respite the area has had from the ongoing rise in worldwide temperatures may well be over for good.