The Bright Future of Solar Energy 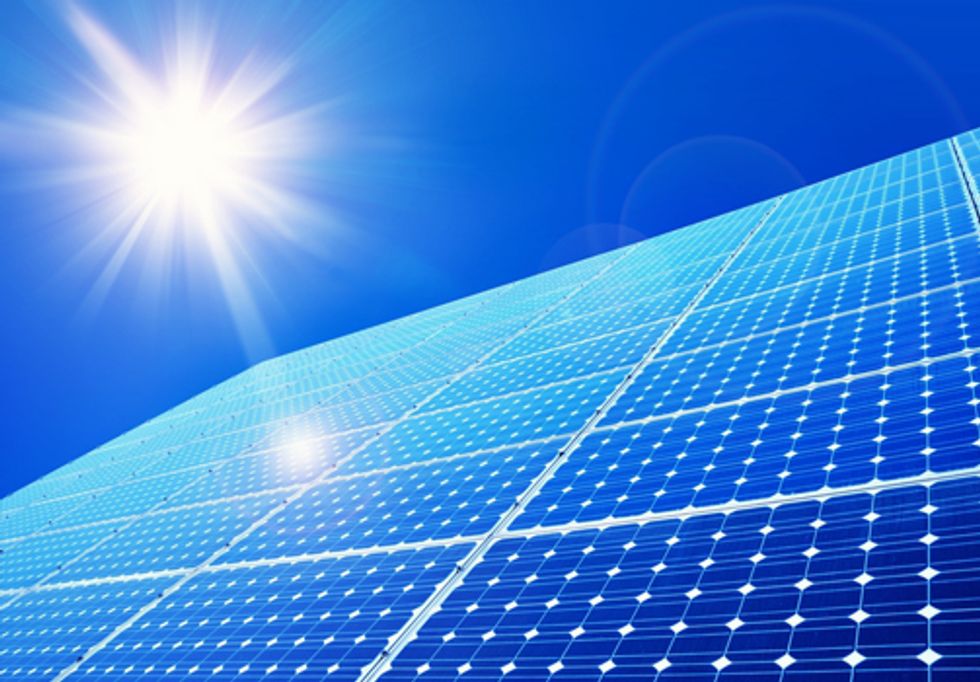 There were good, bad and ugly things happening in the solar industry in 2012, and though more of the same can be expected in 2013, it may end up being the year that the solar industry evolves out of the growing pains of a young industry and into a more mature and balanced market.

Solar in 2012
The “good” is that 2012 was a record year for annual capacity additions in the U.S. Based on forecasts (actual numbers won’t be available until later this quarter) by SEIA-GTM Research, there were 3.2 gigawatts (GW) of photovoltaics (PV) installed in the U.S. in 2012, which is nearly 70 percent more than was installed in 2011. This brings cumulative installed PV capacity to about 7.2 GW.

Though the U.S. is not yet the global leader in solar capacity—Germany installed about 7.6 GW in 2012 alone—it has become a major global player and is increasingly penetrating electricity markets across all sectors—residential, commercial and utility-scale. About 85 percent of this new capacity occurred in the utility- and commercial-scale markets and was the product of low solar material costs and the delayed completion of systems leveraging the 1603 U.S. treasury grant. However, an expansion of financing models—most notably third party ownership financing—is supporting a resurgence in the residential market as well.

The greatest driver of growth in U.S. (and global) solar capacity has been cost reductions in PV hardware and its various components (polysilicon, wafers, cells and modules). These cost reductions in turn have contributed to price reductions in installed costs for end-users. For example, the average installed costs for distributed PV installations (both residential and non-residential) declined about 15 percent from 2011 Q3 to 2012 Q3, following a similar annual trend witnessed in 2010 and 2011. The installed cost of utility PV systems fell by more than 30 percent from 2011 Q3 to 2012 Q3. These reductions have played a huge role in accelerating interests by consumers and utilities alike for obtaining solar capacity.

The 1603 grant provided an enticing offer for non-residential PV projects to take a 30 percent investment cash grant in lieu of the investment tax credit (ITC). Though the grant option technically expired at the end of 2011, installations that began construction in 2009, 2010 or 2011 remain eligible. Therefore, 2012 included a wave of large projects being completed that had leveraged the 1603 grant in previous years.

Third-party ownership financing, which has driven commercial sector installations for nearly a decade, dominated new installations in the residential sector in markets where it is allowed. In the third quarter of 2012, third-party systems accounted for 57-91 percent of residential deployments in Arizona, Colorado, California and Massachusetts. By removing the burdensome upfront costs of solar, third party financing is significantly expanding the market potential for residential solar by making it affordable to, essentially, anyone with good credit.

Although the low solar material costs mentioned above contributed to the “good” growth in installed capacity, it was in fact directly related to “bad” manufacturing conditions. A boom in manufacturing—particularly in China—created a supply of panels that more than doubled what the market demanded in 2011 and 2012. As a result, prices for PV components experienced massive declines over the past couple years. For example, the spot market prices for high purity polysilicon—the main component in crystalline solar cells—dropped 59 percent in 2011 and 47 percent in 2012. Squeezed by falling margins, many manufacturers have been forced to consolidate, shut factories, and/or file for bankruptcy.

In part, these “bad” manufacturing conditions also contributed to some “ugly” finger pointing by companies, and ultimately countries, concerned with unfair trade practices. After a year of investigation, the U.S. International Trade Commission (USITC) voted to issue antidumpting (AD) and countervailing duties to all crystalline silicon PV cells, modules, laminates and panels coming into the U.S. from China. The call for tariffs, which are not retroactive and will be in place for five years, was driven by a coalition led by the largest U.S. solar panel manufacturer, SolarWorld which claimed China was unlawfully harming U.S. manufacturing jobs. Ironically, U.S. solar developers and installers have actually opposed the tariffs on the grounds that they could increase costs and harm downstream employment. Regardless, SolarWorld has led a similar coalition in Europe resulting in the European Commission launching their own investigation of Chinese imports. In retaliation, China recently launched their own AD investigations into polysilicon imports from the U.S. and South Korea as well as Europe.


Analysts predict that 2013 will bring another increase (~30 percent) in annual installed capacity in the U.S, with additional market growth anticipated in related storage and battery technologies. Prices for solar component costs will continue to drop—though probably less precipitously as in 2012—and in turn drive installations across sectors. Third-party financing will continue opening new markets for commercial and residential sector deployment. In addition, community solar and emerging innovations such as crowd funding and real estate investment trusts (REIT) are gaining traction as potential opportunities for residents and investors alike. In parallel, rising interests in energy storage and battery technologies are surfacing in the U.S. and Europe. Examples of activities in the U.S. include: a $120 million federal award toward a Battery and Energy Storage Hub, pilot programs run by California utilities, and raised awareness by the commercial and residential sectors due to the grid vulnerability experienced during Hurricane Sandy. Not surprisingly, Germany recently announced an intention to subsidize solar energy storage as soon as April.

The supply chain “glut” will likely continue to drive prices down in early 2013 and more manufacturers will either be swallowed up by larger companies or simply go out of business. GTM Research predicts that as many as 180 module manufacturers alone will go bankrupt by 2015. The largest portion (88) of these companies will be in the high-cost manufacturing markets of the U.S., Europe and Canada, however China will also take a big hit, with as many as 54 companies expected to fail. That said, the exit of these firms combined with increased demand from the U.S., China, India, Japan and emerging solar markets could help stabilize the supply-demand balance by as soon as the second half of 2013.

The trade wars will probably hurt more than help the manufacturing industry, and though there are methods of circumventing new requirements, there remain uncertainties as to what the actual price impacts will be if tariffs are imposed by not only the U.S., but Europe and China as well. That said, most analysts aren’t yet anticipating major disruptions to the general price decline resulting from oversupply in the market.

Although the southeast U.S. remains a relatively small player in the national solar market, it embodies many of the national trends discussed above. Georgia Power Company, citing “recent declines in the cost of installations,” will be launching the largest solar initiative in state history and the largest voluntarily developed solar portfolio from an investor-owned utility. In Tennessee, Silicon Ranch recently completed the largest solar system in the state, a 9.5 megawatt PV system at Volkswagen Chattanooga. Further, legislative bills are being pushed in several southern states to allow for third party ownership. Conversely, just this month Hemlock Semiconductor announced it was holding off production at its new plant in Clarksville, TN, “in response to significant oversupply in the polysilicon industry and the threat of potential tariffs on its products sold into China.”