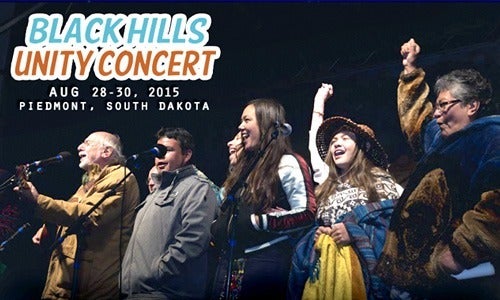 On Aug. 28 to Aug. 30, indigenous community leaders, renowned musicians representing both the Native and mainstream music industries, as well as thousands of concerned citizens from all walks of life will gather in the Black Hills for a weekend of ceremony, workshops, empowerment and unity around one often misunderstood matter—the fact that the Black Hills are sacred.

Originally started in 2014, the Black Hills Unity Concert has already made its mark on social and environmental issues affecting the many Indigenous Peoples of this hemisphere. It is more than a concert. It is a movement that in its inaugural year, attracted a crowd of more than 2,000 and showcased tremendous potential to continue to expand its message to the masses: the Black Hills are sacred and must be protected by the original stewards that find the Hills the “heart of everything that is.”

Held just outside Rapid City in Piedmont, South Dakota, the Black Hills Unity Concert is monumental and aims to develop a greater understanding among all peoples on why the Black Hills are sacred to many Indigenous Peoples and why that acknowledgement needs to include the entire human family. 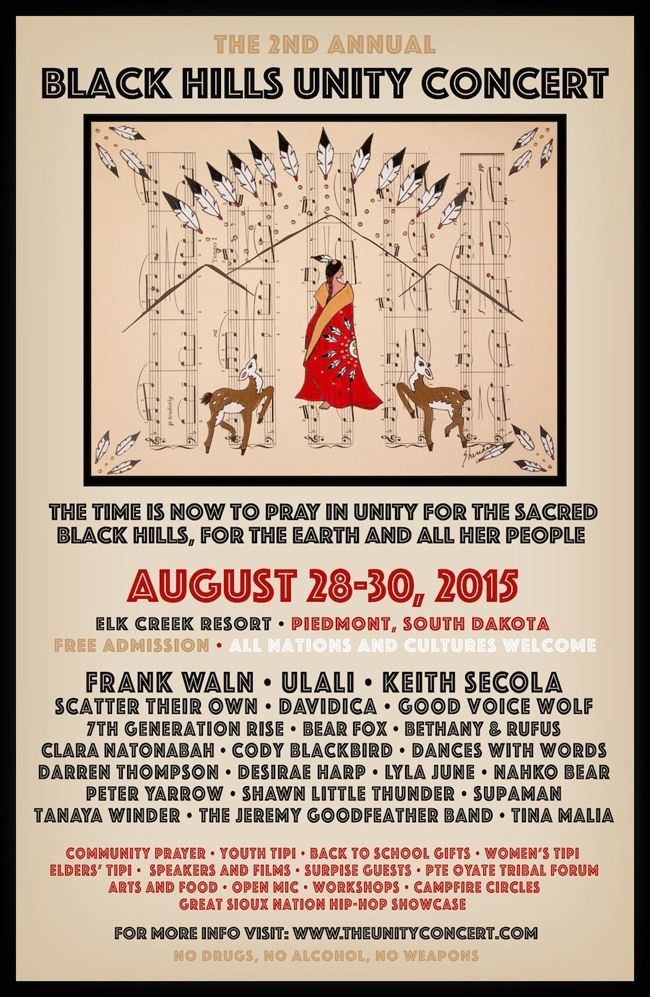 This year’s concert will have almost all Native American performers along with leaders of the climate movement attending and presenting workshops, members from the Rosenberg Fund for Children as well as Black Lives Matter poets and activists, all joining to show solidarity with the Unity cause.

Bethany Yarrow, one of the Unity Concert’s original organizers, along with her father Peter Yarrow, legendary activist and musician of Peter, Paul and Mary, continue to be strong supporters of the Unity Movement.