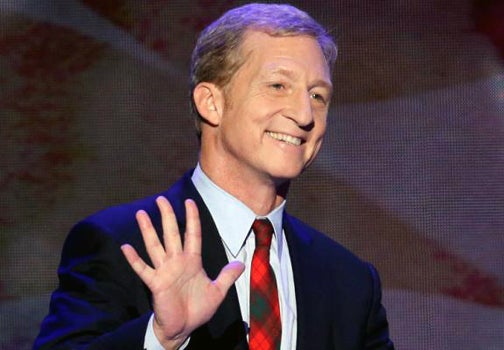 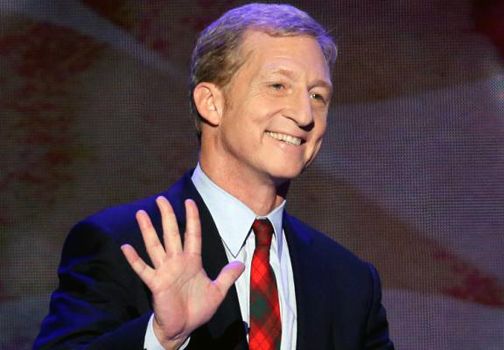 Tom Steyer, a California billionaire and founder of one of the largest hedge funds, argues that the Keystone XL has become the defining issue in the climate change fight of our times.

Environmentalists are used to having to fight an opposition with deep pockets.

And Big Oil normally has deeper pockets than most. Moreover the Canadian and Albertan governments have also spent millions of dollars on the pro-tar sands message and fight.

The latest cash to be splashed by the Albertans resulted in an advertisement in The New York Times on Sunday under the headline “Keystone XL: The Choice of Reason.”

The trouble for the Canadians is that they have long believed their own propaganda, arguing that everyone against the pipeline is wrong and somehow they are right, somehow against all the science, the facts and the odds, they are the voice of reason.

They have tried to win the pro-tar sands argument by repeatedly bullying both Europe and America. The latest broadside was from Albertan Premier Alison Redford who has warned that rejection of the Keystone XL pipeline by the Obama administration would undermine the economic relationship between the two countries.

But as the White House dithers over Keystone XL, the Canadians now face a new and very deep-pocketed foe: Tom Steyer, a California billionaire and founder of one of the largest hedge funds, Farallon Capitol. He retired in October last year to turn to full time activism.

Steyer argues that Keystone XL “has become the defining issue in the climate change fight of our times,” says his spokesperson, Chris Lehane.

Steyer has controversially waded into the Democratic race in Massachusetts, where the race is on to choose a new candidate to replace John Kerry, with Steyer attempting to undermine the pro-Keystone candidate, Stephen Lynch.

Massachusetts “is the next front where the Keystone fight will be engaged,” argues Lehane, adding that Steyer “plays to win. Obviously since the evil empire, i.e. Big Oil, is on the other side, he’s willing to invest [funds].”

In a letter sent to Lynch by Steyer on behalf of four environmental activists, it says: ‘‘Saying you’re for solving climate change while supporting Keystone is like claiming to be a Red Sox fan—except when they play the Yankees.’’

Steyer has warned Lynch to “act like a real Democrat and oppose Keystone’s dirty energy. Or, get a sworn, binding statement—with securities law enforcement—from TransCanada and the refiners that all of the Keystone-shipped oil will stay [in the U.S.].”

“If you can’t or won’t do either, then you’ll be showing us that you stand with Republicans and a wealthy foreign oil company and against solving the climate crisis,” the letter argues.

Of course Lynch cannot do this, as Oil Change International has repeatedly shown the Keystone XL is essentially an export pipeline.

If Lynch does not drop his support for Keystone XL, Steyer will spend loads of money backing his opponent who is already the front runner, congressman Edward Markey, who is against the Keystone XL.

Markey is already being backed by 350 Action, the political arm of 350.org and League of Conservation Voters.