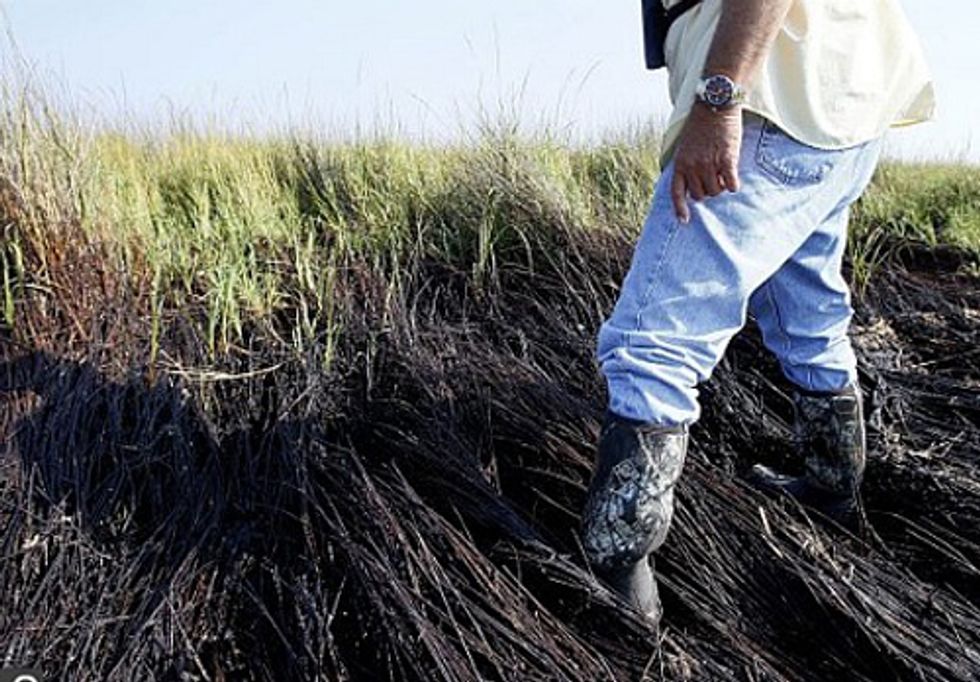 On April 22, 2010, the Deepwater Horizon offshore drilling rig sank into the Gulf of Mexico creating the worst oil spill in history—killing 11 men and injuring 17 others. Until the oil well was capped on Sept. 19, 2010, 205 million gallons of crude oil and more than 1.8 million gallons of chemical dispersant, Corexit, spread into the sea.

Most people thought 87 days after the BP explosion that the impacts of the spill were over, but, as you learn from filmmakers Josh and Rebecca Tickell in their documentary The Big Fix, that's when the story was just beginning. Thanks to the filmmakers, producers of the award-winning Sundance documentary Fuel, people can get a true accounting of the aftermath of the BP oil spill, including the detrimental consequences that the spraying of the dispersant Corexit is having on all species living along the gulf coast.

The film exposes the corruption behind the cleanup of the spill. Interviews throughout the film reveal that behind the Internal Revenue Service the second largest generator of money for the U.S. government comes from the collection of offshore oil field revenues and royalties, BP is the single largest oil contributor to the Pentagon, and many U.S. Congress members receive the majority of their campaign dollars from the fossil fuel industry or corporations closely tied with oil. It's no wonder corruption runs rampant when dealing with this deplorable event.

I was invited to join a panel of speakers following the films premier in New York City, and I watched this remarkable film that left me speechless and wishing to never drive a gasoline powered car again. The showing of the film was part of 7 Nights of Awareness, produced by the wonderful Paul McGinniss of The New York Green Advocate, where each night featured a post-screening Q & A with the filmmakers and notable environmental advocates from New York City and around the country.

I left the theater committed to telling others about this film and working to reduce my consumption of fossil fuels. I'm working to bring this film to my home town of Cleveland and encouraging others to like the film on Facebook, follow the Twitter handle @The_Big_Fix and rank the film on The Internet Movie Database.

For more information on the work being done in the Gulf region, visit the Save Our Gulf website, an initiative of Waterkeeper Alliance to support the Gulf Waterkeepers directly impacted by the BP oil disaster.