The Best Tool to Combat Climate Change Is Nature 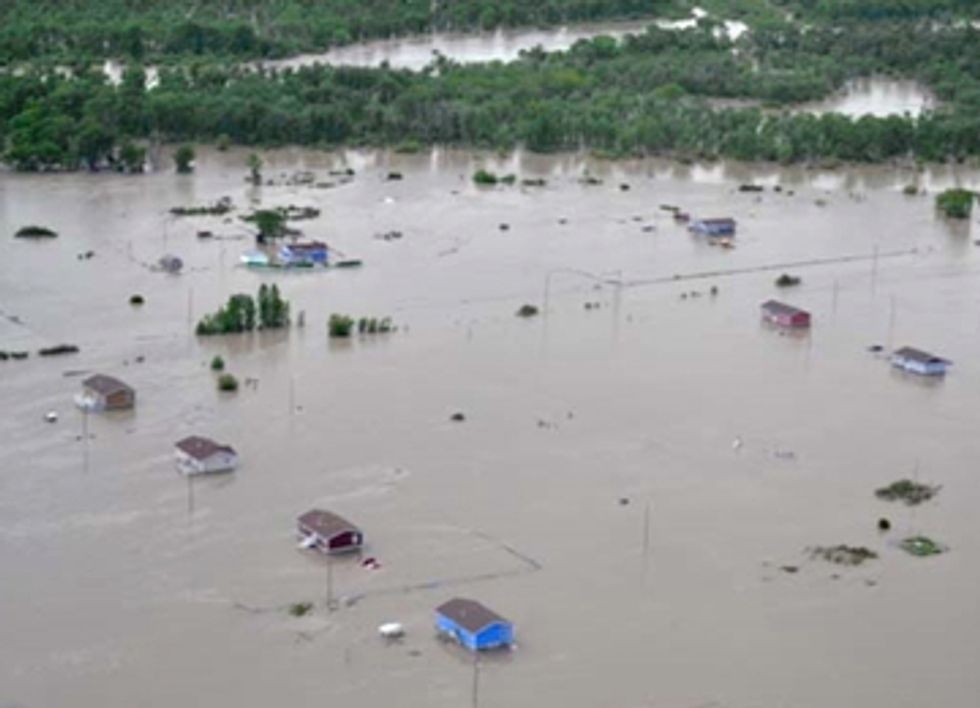 News of the devastating floods in Alberta hit Canadians hard. We’ve all been moved by extraordinary stories of first responders and neighbors stepping in to help and give selflessly at a time of great need. As people begin to pick up their lives, and talk turns to what Calgary and other communities can do to rebuild, safeguarding our irreplaceable, most precious flood-protection assets should be given top priority.

The severe floods in Alberta used to be referred to as “once in a generation” or “once in a century”. As recent floods in Europe and India are added to the list, that’s scaled up to “once in a decade”. Scientists and insurance executives alike predict extreme weather events will increase in intensity and frequency. Climate change is already having a dramatic impact on our planet. Communities around the world, like those in Alberta, are rallying to prepare.

While calls are mounting for the need to rebuild and strengthen infrastructure such as dikes, storm-water management systems and stream-channel diversion projects, we’ve overlooked one of our best climate change-fighting tools: nature. By protecting nature, we protect ourselves, our communities and our families.

The business case for maintaining and restoring nature’s ecosystems is stronger than ever. Wetlands, forests, flood plains and other natural systems absorb and store water and reduce the risk of floods and storms, usually more efficiently and cost-effectively than built infrastructure. Wetlands help control floods by storing large amounts of water during heavy rains—something paved city surfaces just don’t do.

A study of the Upper Mississippi and Missouri Basins showed wetland restoration would have provided enough flood water storage to accommodate excess river flows associated with flooding in the U.S. Midwest in 1993. Research done for the City of Calgary more than 30 years ago made similar suggestions about the value of protecting flood plains from over-development. When wetlands are destroyed, the probability of a heavy rainfall causing flooding increases significantly. Yet we’re losing wetlands around the world at a rate estimated at between one and three percent a year.

The U.S. Army Corps of Engineers places sandbags to attempt to hold back rising floodwaters. Photo credit: The Wetlands Initiative

By failing to work with nature in building our cities, we’ve disrupted hydrological cycles and the valuable services they provide. The readily available benefits of intact ecosystems must be replaced by man-made infrastructure that can fail and is costly to build, maintain and replace.

How can we protect ecosystems rather than seeing conservation as an impediment to economic growth? The answer is to recognize their real value. The David Suzuki Foundation has evaluated some of Canada’s natural assets. This approach calculates the economic contribution of natural services, such as flood protection and climate regulation, and adds that to our balance sheets. Because traditional economic calculations ignore these benefits and services, decisions often lead to the destruction of the very ecosystems upon which we rely. Unfortunately, we often appreciate the value of an ecosystem only when it’s not there to do its job.

Cities around North America are discovering that maintaining ecosystems can save money, protect the environment and create healthier communities. A study of the Bowker Creek watershed on southern Vancouver Island, BC, showed that by incorporating rain gardens, green roofs and other green infrastructure, peak flows projected for 2080 from increased precipitation due to climate change could be reduced by 95 percent. Opting to protect and restore watersheds in the 1990s rather than building costly filtration systems has saved New York City billions of dollars.

Intact ecosystems are vital in facing the climate change challenges ahead. They also give us health and quality-of-life benefits. Responsible decision-making needs to consider incentives for protecting and restoring nature, and disincentives for degrading it.

IN WHAT OTHER WAYS CAN MAINTAINING ECOSYSTEMS HELP PREVENT NATURAL DISASTERS?