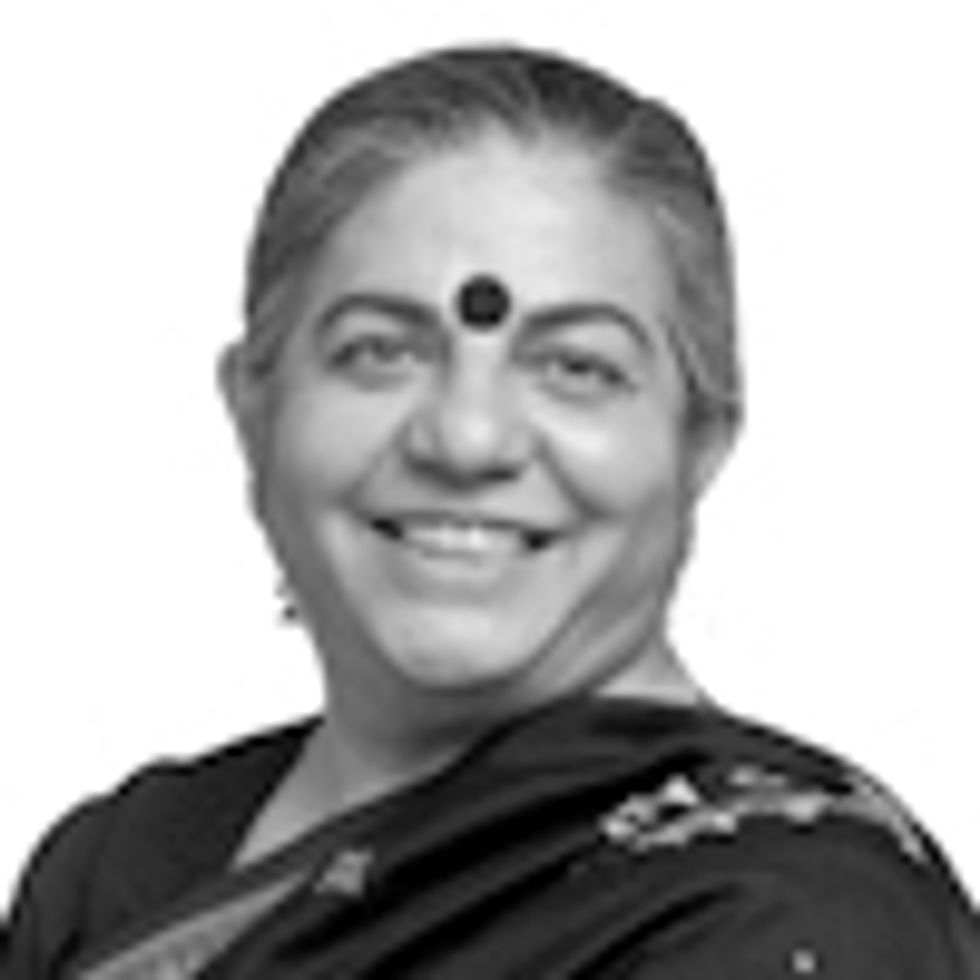 We have moved out of the Holocene Age that began 10,000 years ago at the end of the Pleistocene. It comes from the greek words “holos” (whole) and “kainos” (new). This age provided the stable climate which gave us the conditions for our culture and material evolution as a human species.

Scientists are now saying we have entered a new age, the Anthropocene age, the age in which our species, the human, is becoming the most significant force on the planet. Current climate change and species extinction are driven by human activities and the very large ecological footprint of our species.

Climate catastrophes and extreme climate events are already taking lives—the floods in Thailand in 2011, in Pakistan and Ladakh in 2010, the forest fires in Russia, more frequent and intense cyclones and hurricanes, severe droughts and intense flooding are examples of how humans have destabilized the climate system of our self-regulated planet which has given us a stable climate for the past 10000 years. Humans have pushed 75 percent agricultural biodiversity to extinction because of industrial farming. Between 3 to 300 species are being pushed to extinction every day.

How the planet and human beings evolve into the future will depend on how we understand the human impact on the planet.

If we continue to understand our role in the old paradigm of capitalist patriarchy based on a mechanistic world view, an industrial, capital centered competitive economy, and a culture of dominance, violence, and war and ecological and human irresponsibility, we will witness the rapid unfolding of increasing climate catastrophe, species extinction economic collapse, and human injustice and inequality. This is the destructive Anthropocene of human arrogance and hubris. It is displayed in the attempt of scientists to do geo-engineering, genetic engineering and synthetic biology as technological fixes to climate crisis, the food crisis and the energy crisis. However, they will aggravate old problems and create new ones.

We are in the midst of an epic contest—the contest between the rights of Mother Earth, and rights of corporations and militarized states using obsolete world views and paradigms to accelerate the war against the planet and people.

This contest is between the laws of Gaia, and the laws of the market and warfare. It is a contest between wars against Planet Earth and peace with Earth.

There are planetary wars taking place with geo-engineering—creating artificial volcanoes, fertilizing the oceans with iron filings, putting reflectors in the sky to stop the sun from shining on the Earth, as if the sun was the problem, not man’s violence against the earth, and the arrogant ignorance in dealing with it.

In 1997, Edward Teller co-authored a white paper Prospects for Physics—based modulation of global change where he advocated the large scale introduction of metal particulates into the upper atmosphere to apply an effective “sunscreen.”

Synthetic biology is an industry that creates “designer organisms to act as living factories.”

The goal is to make biology easier to engineer using “bio bricks”—“Use of standardized parts, following a formalized design process, the engineers approach to biology, makes biology an engineering discipline, requiring the reduction of biological complexity. An engineering approach to biology based on the principles of standardization, decompiling and abstraction an a heavy reliance on information technologies.”

However, “engineering” plants and ecosystems has undesired and unpredictable ecological impacts. For example, the green revolution destroyed biodiversity, water resources, soil fertility, and even the atmosphere with 40 percent greenhouse gases coming from industrialized, globalised agriculture.

The second green revolution has led to emergence of super pests and super weeds, and increased use of herbicides and pesticides.

Synthetic biology as the third Green Revolution will appropriate the biomass of the poor, even while selling “artificial life.” There is an intense scramble for the earth’s resources and ownership of nature. Big oil, big pharma, big food, big seed companies are joining hands to appropriate biodiversity and biomass—the living carbon—to extend the age of fossil fuel and dead carbon. Corporations view the 75 percent biomass used by nature and local communities as “wasted.” They would like to appropriate the living wealth of the planet for making biofuels, chemicals, plastics. This will dispossess the poor of the very sources of their lives and livelihoods. The instruments for the new dispossession are technological tools of genetic engineering and synthetic biology and intellectual property rights.

Turning the living wealth of the planet into the property of corporations through patents is a recipe for deepening the poverty and ecological crisis. Biodiversity is our living commons—the basis of life and commons. We are part of nature, not her masters and owners. Intellectual Property Rights on life forms, living resources and living processes is an ethical, ecological and economic perversion. We need to recognize the rights of Mother Earth and therefore the intrinsic value of all her species and living processes.

The destructive Anthropocene is not the only future. We can have a shift in paradigm. A change in consciousness is already taking place across the world. We can look at the destructive impact our species has had on the planets biodiversity, ecosystems and climate systems and make a shift.

The ecological shift involves not seeing ourselves as outside the ecological web of life, as masters, conquerors and owners of the earths resources. It means seeing ourselves as members of the earth family, with responsibility to care for other species and life on earth in all its diversity, from the tiniest microbe to the largest mammal. It creates the imperative to live, produce and consume within ecological limits and within our share of ecological space, without encroaching on the rights of other species and other people.

It is a shift that recognizes that science has already made—a paradigm shift from separation to non-separability and interconnectedness, from the mechanistic and reductionist to the relational and holistic.

At the economic level it involves going beyond the artificial and even false categories of perpetual economic growth, so called free trade, consumerism and competitiveness. It means shifting to a focus on planetary and human well being, to living economies, to living well, not having more, to valuing cooperation rather than competitiveness. These are the shifts being made by indigenous communities, peasants, women and young people in the new movements like the Indignants in Europe and the Occupy Wall Street in the U.S.

This involves working as co-creators and co-producers with the earth. This demands using our intelligence to conserve and heal, not conquer and wound. This is the creative and constructive Anthropocene of Earth Democracy, based on ecological humility in place of arrogance, and ecological responsibility in place of careless and blind exercise of power, control and violence. For humans to protect life on earth and their own future we need to become deeply conscious of the Rights of Mother Earth, our duties towards her, our compassion for all her beings. Our world has been structured by capitalist patriarchy around fictions and abstractions like “capital,” “corporations,” “growth” which have allowed the unleashing of the negative forces of the destructive Anthropocene. We need to get grounded again—in the earth, her diversity, her living processes and now unleash the positive forces of a creative Anthropocene.

We will either make peace with the earth or face extinction as humans even while we push millions of other species to extinction. Continuing the war against the earth is not an intelligent option.