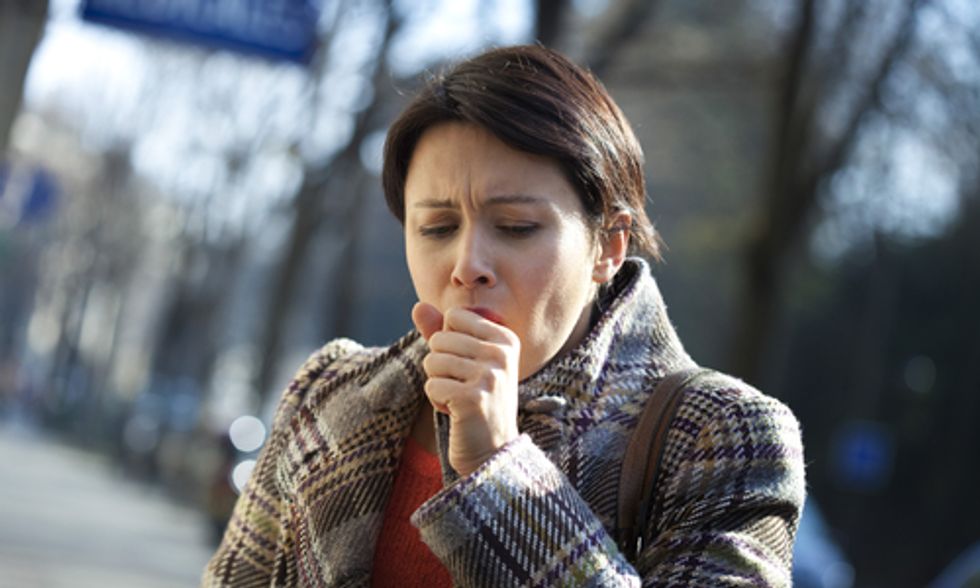 “Sobering Statistics Tell Story about Reality of Women’s Lung Cancer” headlined a recent post by Harold Wimmer, president/CEO of the American Lung Association (ALA), for the Huffington Post. Wimmer was touting ALA’s new initiative “to make lung cancer in women a public health priority.” Businesses and organizations nationwide are sponsoring events to support it.

These well-meaning groups, and the public, deserve to know the shameful truth about the ALA.

It purports to work to reduce lung diseases, yet partners with the worst contributor to respiratory and other illnesses—the fossil fuel industry.

ALA officers and board know full well that “natural”* gas is now obtained primarily by dangerous fracking, and that the cradle-to-grave production of fracked gas contributes as much pollution as—and possibly even more than—oil and coal exploitation. Yet the organization "supports the increased use of natural gas” as a “transitional fuel.”

To fracture shale and extract the gas (methane) within, frackers mix millions of gallons of fresh water with numerous chemicals—including cancer-causing and nerve damaging agents. They blast this toxic stew into the rock along with silica, which props open cracks so the gas can escape. Silica causes the lung disease silicosis. And drill cuttings contain high levels of naturally occurring radioactive materials including radon-222; only tobacco causes more lung cancer than radon.

Too Cozy, and Too Coy

The negative health effects of fracking are firmly established in the medical literature. Yet the industry, its partner politicians and corrupt organizations insist it’s “safe.”

The ALA once wrote to Congress urging stronger regulations on fracking, acknowledging it causes atrocious air pollution. But after receiving hefty donations from fracking company Chesapeake Energy to fund its “Fighting for Air” ad campaign, ALA switched to promoting gas.

“[E]veryone has a role to play [in] raising awareness of lung cancer,” Wimmer wrote in his announcement.

We agree. So we called Wimmer and other national ALA officers to challenge their hypocrisy in supporting fracking while knowing it causes catastrophic health problems. How could they countervail ALA’s mission “to save lives by improving lung health and preventing lung disease”? We pointed out their pro-gas policy will actually increase the likelihood of women (and men and children) developing lung cancer, and that by prostituting itself to Big Oil/Big Gas, the ALA is making a mockery of its very reason for existing.

But, just as tobacco executives did for decades to physicians and others about smoking, Wimmer and his board arrogantly dismissed our evidence.

The corporate ties that bind are quite tight.

The hypocrisy of current ALA leadership taints the dedication of chapter ALA staff members and volunteers—who could otherwise be justly proud that their decades of hard work resulted in curtailment of advertising and accessibility of killer tobacco, cleanup of polluting industries and condemnation of oil and coal exploitation.

A respected health organization should not play politics or footsies with fossil-fuel corporations. The only remedy for ALA is come clean—by denouncing fracking as the lung-destroying corporate activity it is.

Ronald Saff, MD, is a Tallahassee, FL-based asthma and allergy physician, former award-winning ALA volunteer, and former ALA board member. Maura Stephens is an independent journalist and co-founder of the Coalition to Protect New York and other organizations.

* The only natural state for this methane gas embedded in shale rock is deep below us, where it has been for millennia.

A version of this article originally appeared in Truthout under a Creative Commons Copyright. It is republished here with permission of the authors.