The 99% Spring Is Here—Let’s Take the Fight to Big Oil, Gas and Coal 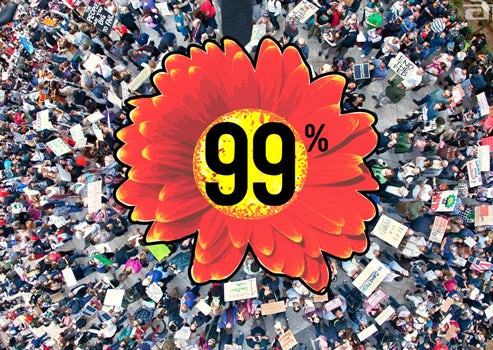 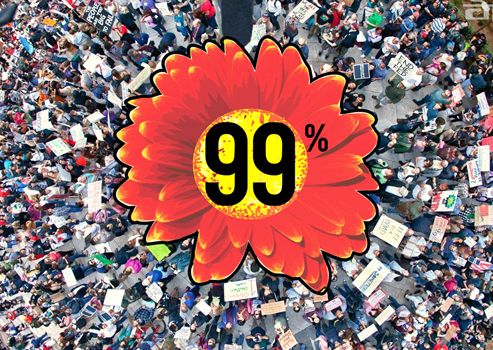 It’s a simple fact—Big Oil, Gas and Coal have bought and paid for our government. Last week the U.S. Senate voted on a bill that would have eliminated more than $2.4 billion in annual handouts to only the top 5 oil companies (who made more than one trillion dollars profit over the last decade). The bill was defeated. The 47 Senators that voted against repealing subsidies have taken four times more money in campaign contributions from oil since 1999 than the 51 senators who voted for the repeal.

The only oil subsidy that Congress has been willing to reduce is the one that helped poor people afford heating oil in the winter. Apparently it’s okay with this Congress to help Big Oil, but not poor people. Enough said.

We need to fight this injustice on all fronts. You—the members of the Oil Change International community—do an amazing job fighting back against Big Oil (you honestly blow us away—we are genuinely inspired.). We can do even more now.

This April, we’re proud to partner with the 99% Spring. Groups from every corner of our movement—inspired by the everyday heroes of Occupy Wall Street and Madison—are planning a massive campaign of bold nonviolent direct actions to make the voices of the 99% impossible to ignore.

During the week of April 9-15, in small towns and big cities all across America, 100,000 people will come together for an unprecedented national movement-wide nonviolent direct action training. We’ll learn to tell the story of our economy and what went wrong, we’ll learn the history of nonviolent direct action, and we’ll learn how we can take action and create great change in this country.

Local organizations and volunteers are running more than 900 trainings in living rooms, union halls, churches and community centers nationwide. All we need now is to get as many people as possible to join in—people like you.

Our nation’s greatest steps forward have come when everyday people stood up and took courageous, visionary, morally compelling direct action—from the struggle to secure the vote for women, to the strikes that built power for workers and unions, to the civil rights movement.

Now we need to create that kind of change again in America. We need to liberate our government from the clutches of the oil, gas and coal industries—and apparently we need to take our voices and our bodies to the streets to do it.

The 99% Spring is our chance to maintain and broaden that change-making energy, and learn how we can take action to challenge corporate power, end tax giveaways to the 1%, fight the influence of money in politics, and create an economy that works for all of us.

Our movement is uniting, and this is a chance for all of us to come together to shift the political landscape in America. Will you join in?