What to Do With Those Thanksgiving Leftovers? Look to the French 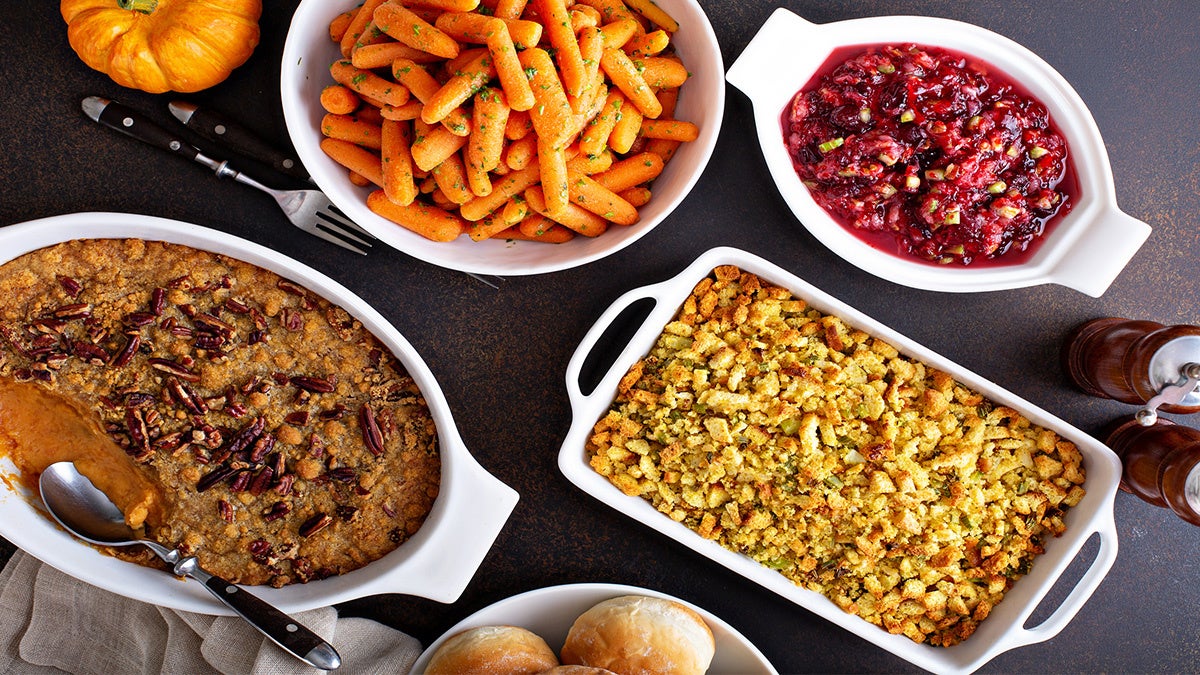 It’s the day after Thanksgiving, the tryptophan has worn off, and there are towers of Tupperware filled with turkey, stuffing and potatoes in your fridge.

If you rely on your microwave, you might simply resign yourself to eating the same meal, over and over again, until the leftovers run out.

But you don’t have to get stuck in a cycle of nuke and repeat. This Thanksgiving, take inspiration from the French, who saw leftovers as an outlet for creativity.

My research on the history of French home cooking reveals how restyling dinner scraps first became fashionable more than a century ago.

Reheating ‘With Art and Discernment’

In 19th-century France, leftovers were a way of life for the lower classes.

In the countryside, the broth from the evening beef stew would become the basis of breakfast the next morning. In cities, street hawkers known as “arlequins” purchased dinner scraps from restaurants and rich households to resell them to the poor. For these Frenchmen and -women, repurposing previous meals wasn’t about style but survival. Because of their association with poverty, leftovers were stigmatized up until the late 19th century.

But by the turn of the 20th century, it had become hip to whip something up with the remains from last night’s meal.

In 1892, French chef Alfred Suzanne wrote that “there are dishes which, when reheated with art and discernment, transformed with taste and presented in an appetizing manner … can be as good as, if not better than, the first time they are served.” In the preface to his encyclopedic cookbook, “150 Ways to Accommodate Leftovers,” the former chef to British royalty declared that the “deep-seated prejudice that many people have” against leftovers was “an error.”

Suzanne’s colleagues and culinary connoisseurs concurred. French food critic Fulbert-Dumonteil praised the chef for explaining “all the ingenious and charming ways to restore mutilated bits and pieces from epic feasts” and turn “cumbersome remains” into something that delights the palate.

Marketing to the Masses

Why did “leftovers” make the leap from insipid plates peddled by “arlequins” to inspired dishes perfected by culinary artists?

In 1882, France’s new republican government passed legislation mandating education for all children ages 6 to 13. Many public schoolchildren came from the lower and lower-middle classes, and educators designed home economics lessons with this in mind. Girls learned how to preserve and prepare their leftovers safely, nutritiously and economically. They were also taught that their talent for accommodating leftovers was a reflection of their thrift and resourcefulness – the markers of middle-class French femininity.

As the percentage of literate females spiked in France, the publishing industry pounced on this potential market. The late 19th century saw more and more domestic manuals aimed at “ménagères” – wives and mothers from the working and lower-middle classes. Many guides featured a chapter on fixing leftovers, while some, such as “100 Ways to Accommodate Leftovers” and “The Art of Accommodating Leftovers, Dedicated to Those of Meager Means,” made revamping remains their central focus.

In the 1890s top chefs also started to contribute recipes to domestic cooking magazines. This genre of culinary literature proliferated in the late 19th century during a period of rapid growth for the popular press.

Chefs wanted to appeal to a wide audience, and their contributions ranged from columns on economical cooking to instructions for assembling “pièces montées,” which are elaborate edifices made of confections. Many of these journals designated a special section for accommodating leftovers, with titles like “Utilizing Leftovers” and “Delicious Ways to Accommodate the Scraps.”

The repetitive nomenclature belies the range of the recipes printed under these rubrics. Some were simple and modest and reflected the original rationale for leftovers, which was economical.

For example, a July 1907 recipe for “Lisette’s Cake” in the magazine Family Cooking offered a sweet solution for yesterday’s bread. The cook needed only to soak the loaf in sweetened milk, strain the mixture through a fine sieve, add two eggs and bake in the oven for 20 minutes.

But some recipes got complicated and costly. Family Cooking also published a leftovers recipe for “Veal à la Russe,” which required, in addition to veal chops, a quarter pound of butter, anchovies, tomato coulis, jus and truffles for garnish. The Cordon Bleu Magazine suggested repurposing leftover pheasant in a way that required an hour of boiling in fine demi-glace and two hours of cooling on ice, before being pureed by hand, seasoned, molded and fried.

Such recipes would hardly qualify as time- or cost-saving. But practicality wasn’t the only point anymore. Scholars have shown how women at the turn of the century read popular and prescriptive literature as a “form of escapism” that encouraged them to “fantasize” about what modern domestic life could be.

By turning leftovers into an art form, early home cooking magazines inspired a modern generation of home cooks to be creative and think critically about cooking. And they left their legacy to us and our leftovers.

So this year, instead of scraping together another tiresome turkey sandwich, try a turkey recipe adapted from Alfred Suzanne’s “150 Ways to Accommodate Leftovers.”