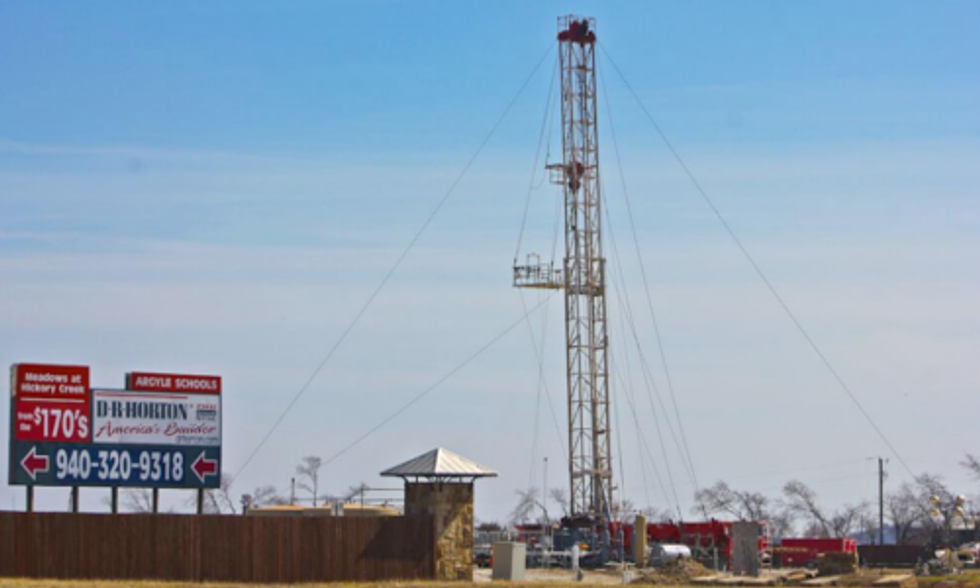 Frack Free Denton today announced they have gathered substantially more than the required signatures to put their fracking ban initiative on the November ballot. Denton City charter requires signatures equal to 25 percent of votes cast in the most recent general election for an initiative to get on the ballot.

Denton Drilling Awareness Group (DAG), which was formed by members of the city’s Drilling Advisory Group after their recommendations were largely ignored by the city, launched Frack Free Denton, the fracking ban signature drive on Feb. 20.

Denton city government, which supports fracking-enabled oil and gas development within city limits, has a track record of ignoring its citizens and giving industry a free rein. Decisions are made in closed sessions without citizen input.

“Our city government is clearly more interested in protecting the fracking industry than its citizens,” said Cathy McMullen, DAG president. “That’s why we need to gather as many signatures as possible, to show they’ll pay a political price if they try to thwart their constituents’ wishes.”

“As far as I know, fracking companies can’t vote,” McMullen continued. “It makes one wonder why the city is prioritizing fracking over Denton’s public health, especially since Denton residents aren’t really economically benefiting from fracking.”

Yesterday, DAG released the short video below demonstrating that Denton citizens are forced to weather the health and safety impacts of fracking-enabled oil and gas development without benefitting economically.