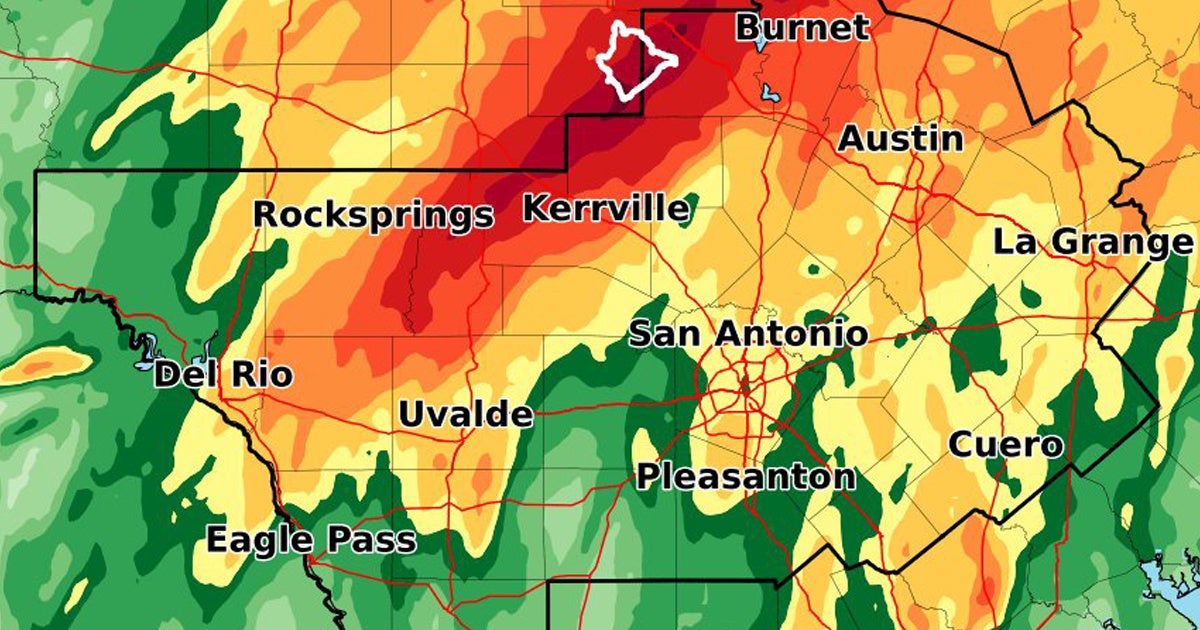 Two people have died in flooding in Central Texas that caused a bridge to collapse, CNN reported Wednesday.

Heavy rains led to flooding where the Llano River and the Colorado River meet in Kingsland, Texas. Flood waters rushed over the 2900 bridge for hours before it collapsed. 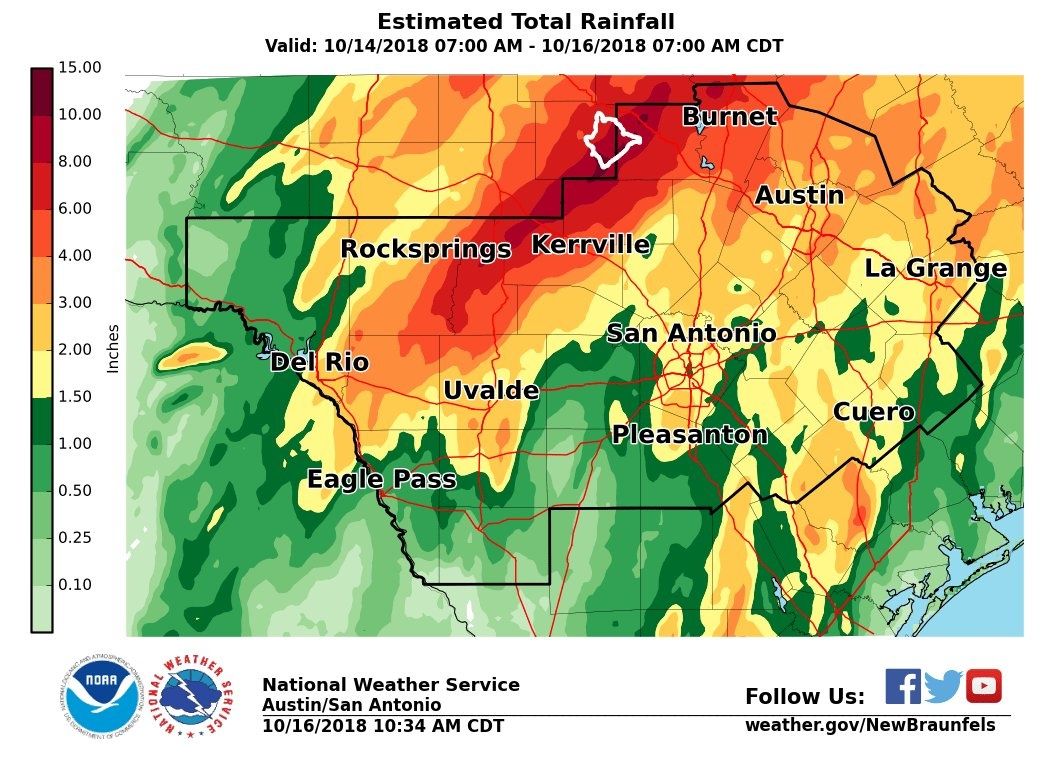 Residents in the area were ordered to evacuate Tuesday, and Llano County Emergency Management Coordinator Ron Anderson warned them on Wednesday not to return to their homes too quickly.

“Texas is taking immediate action to respond to the threat of recent severe weather and flooding across the state,” Texas Gov. Greg Abbot said in a statement Tuesday as he issued a state disaster declaration for 18 impacted counties.

The Texas flooding in the latest in a year of extreme weather events.

“[First] wildfires during the summer, now flooding,” Kingsland resident bentley_n_frostie wrote on an Instagram post showing a video of the flooding.

“And that has been outstanding news for us. It’s going to allow us to begin to get a lot of the recovery work initiated that’s going to be ongoing in weeks and couple of months that are ahead of us,” Anderson said.

But that doesn’t mean the area is in the clear yet. The National Weather Service has predicted more rain for the area Thursday and Friday, The Associated Press reported.

“It’s not going to take hardly anything to cause additional issues with flash flooding and river flooding,” NWS forecaster Jason Runyen said.

Additional rainfall amounts of 1 to 2 inches are expected Thursday-Saturday with isolated spots up to 4 inches. This will lead to renewed flash flooding threats due to saturated soils from recent heavy rains making runoff more rapid. Ongoing river flooding will also continue. pic.twitter.com/mJNfDaBdxD

Two bodies have so far been found in the swollen rivers. A body was found early Tuesday in Lake Lyndon B. Johnson where the Llano flows into the Colorado, and a woman’s body was found Tuesday night at a low-water crossing in Llano.

Four additional people were swept up in river waters last week when the South Llano River flooded an RV Park in Junction, Texas. Three bodies have been recovered and one is still missing.

The Lower Colorado River Authority said it would likely have to open a record number of eight flood gates at the Mansfield Dam at Lake Travis. There are currently four open.

Heavy rains, or extreme precipitation events, are linked to climate change because a warmer atmosphere can hold more moisture, according to the U.S. Global Change Research Program. Between 1901 and 2016, the percentage of annual rainfall falling in the most extreme one percent of precipitation events increased in Texas by 24 percent. 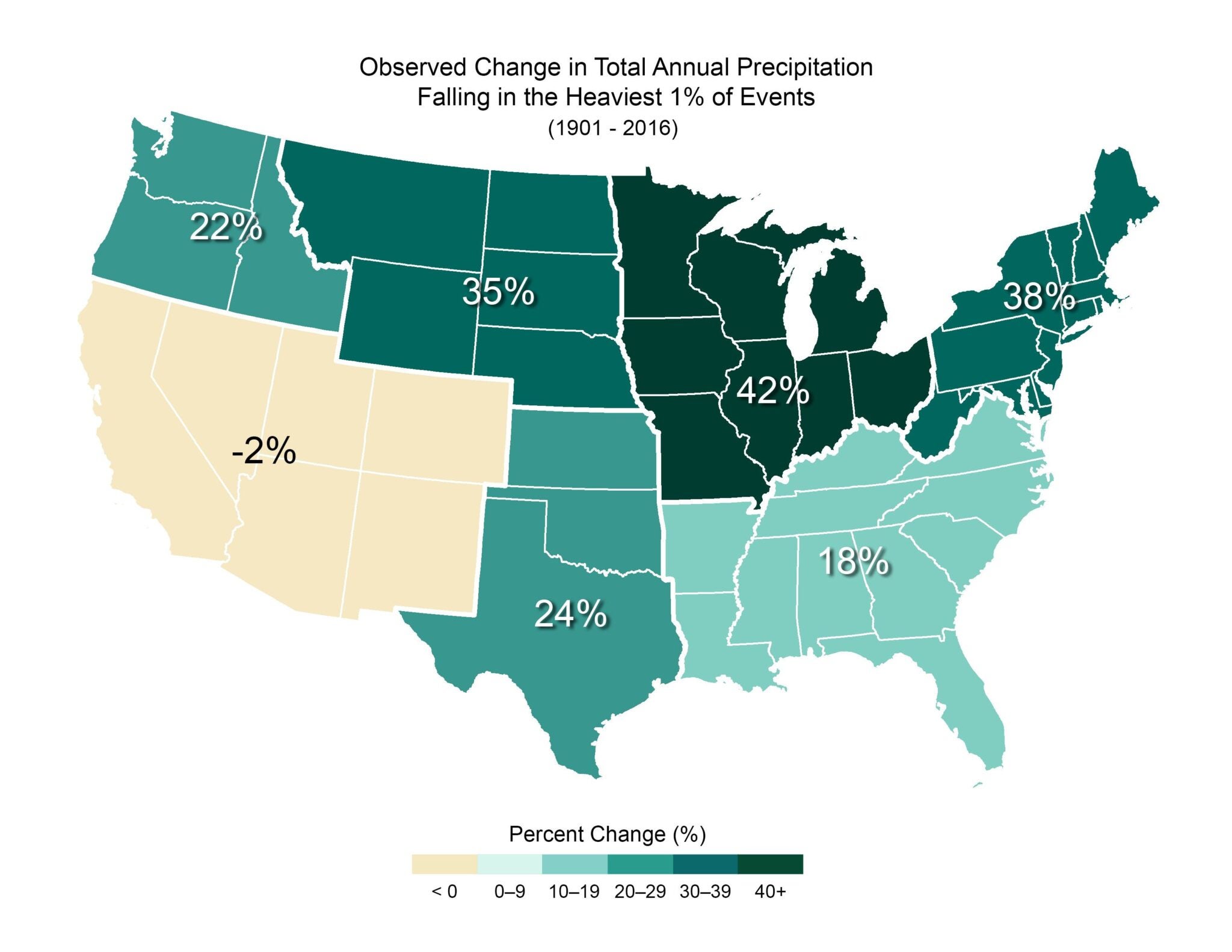 The change in rainfall falling in extreme rainfall events across the U.S.U.S. Global Change Research Program