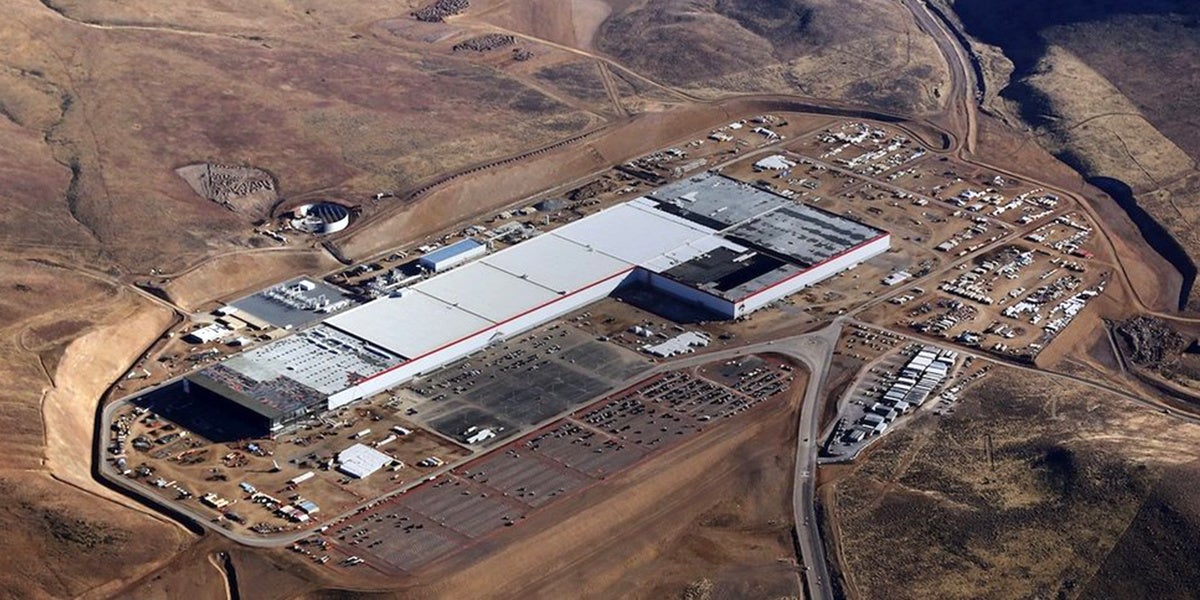 Tesla has started building a massive rooftop solar array on top of its Gigafactory 1 (GF1) outside Sparks, Nevada.

Once finished, the 70-megawatt system will be the largest in the world by far; the current record-holder is the comparatively shrimpy 11.5-megawatt array in India that can power 8,000 homes.

Building Tesla has posted satellite images of the GF1 construction site, showing solar panels installed on the north side of the factory.

The Gigafactory is part of Tesla CEO Elon Musk‘s vision to fast-track a cleaner, more sustainable future. He previously announced intentions to power the Nevada building without fossil fuels, relying instead on renewable energy and batteries.

“GF1 is an all-electric factory with no fossil fuels (natural gas or petroleum) directly consumed,” Tesla said then.

The Gigafactory 1 is being built in phases so Tesla and its partners can manufacture products while the building continues to expand. It officially kicked off the mass production of lithium-ion battery cells in January 2017.

The building is expected for completion sometime this year, at which point the Gigafactory stands to claim the title of world’s largest building by footprint.

“And we are still less than 30 percent done,” the firm boasted.

Once fully built, the Gigafactory will produce 35 GWh/year of lithium-ion battery cells annually, which is “nearly as much as the rest of the entire world’s battery production combined.”