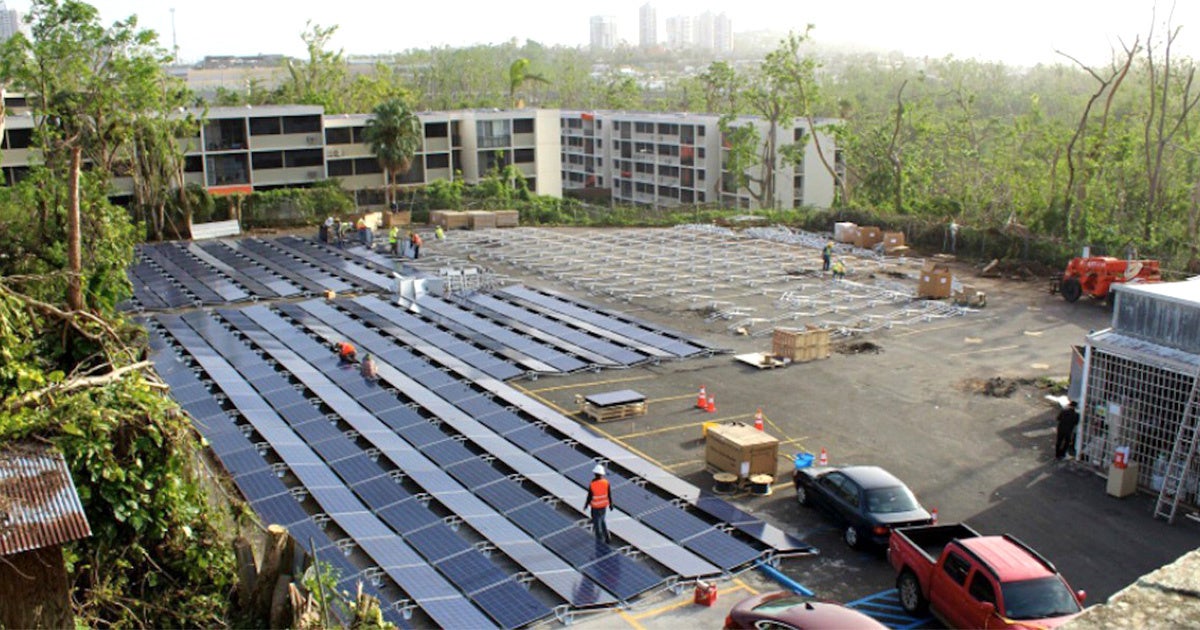 Making good on the promise, Tesla has switched on a combination of its
solar panels and Powerpack commercial energy storage batteries for Hospital del Niño, a children’s hospital in San Juan. The Puerto Rican capital was hit especially hard by Hurricane Maria.

According to a company tweet sent yesterday, this is the “first of many solar + storage” projects.

Hospital del Niño is first of many solar+storage projects going live. Grateful to support the recovery of Puerto Rico with @ricardorossello pic.twitter.com/JfAu11UBYg

The beauty of such a set-up is that the hospital can generate power when the sun is shining and reserve it for later use when the sun is not out—or, say, to help recover from a weather disaster. Thanks to solar power, a 40-acre plant farm in Barranquitas in central Puerto Rico was able to slowly rebuild.

Cali Nurseries grower Hector Santiago told Reuters that his $300,000 investment on 244 solar panels six years ago allowed him to continue working after the storm.

“Everybody told me I was crazy because it was so expensive. Now I have power and they don’t,” Santiago said.

It’s been more than a month since the Category 4 storm hit the U.S. territory. As of Tuesday, an average of 74 percent of Puerto Rico’s electricity has not been restored.

Gov. Rosselló estimated that some areas of the island, which is almost entirely powered by
fossil fuels, will not see their electricity restored until Christmas—but some residents worry that restoration efforts might take even longer.

A number of companies have offered to help turn the lights back on, including Montana-based
Whitefish Energy that was recently awarded a $300 million contract by Puerto Rico’s electricity authority.

Tesla has also been quietly shipping its Powerwall batteries to Puerto Ricans for home use. Musk himself has donated $250,000 of his own money for relief efforts.