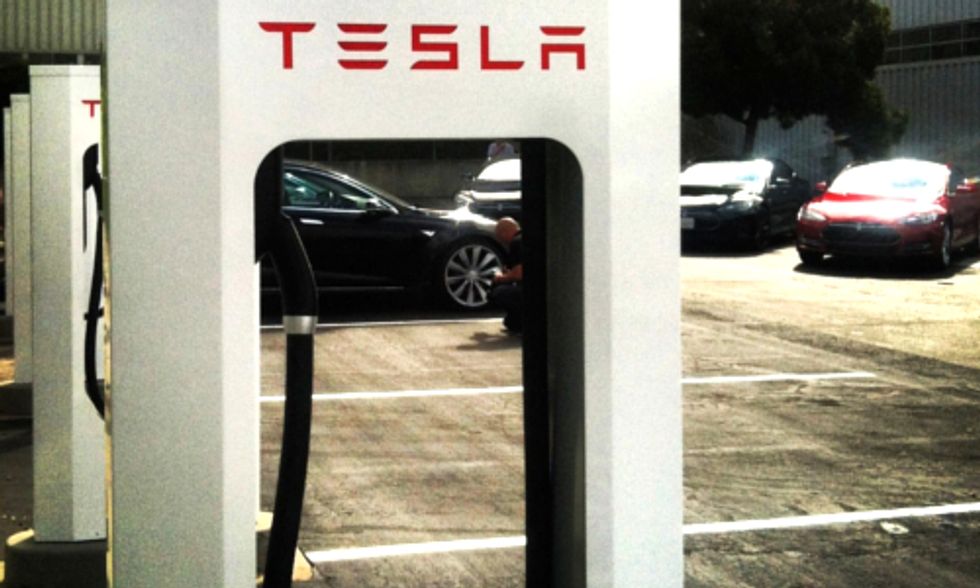 Tesla's latest idea might be bigger than any discussed in the company's decade-long existence.

CEO Elon Musk told Business Insider that his brand would release an electric pickup truck to rival the popular, far less efficient Ford F-150. Musk didn't make a formal announcement about the truck. He simply responded to a question about whether the company would consider making a fleet for UPS or FedEx.

"He said that, yes, Tesla was planning to make a truck, but not a commercial one, because the market opportunity for commercial trucks is much smaller," wrote Henry Blodget, who spoke to Musk at the publication's IGNITION event in New York. "Musk said the Tesla truck would be modeled on Ford's F-Series in part because of that truck's remarkable popularity."

Musk said the truck could hit the market in five years.

The F-150 is the best selling vehicle in the U.S., with an increase of 20 percent from last year. It's easy to see why Musk wants a piece of that market. Ford sold 60,000 F-150s in September, while only 52,000 electric vehicles of any make were sold in all of last year.

Musk discussed the possibility of an electric truck earlier this year when he considered a Texas plant. In April he told AutomotiveNews: "I have this idea for a really advanced electric truck that has the performance of a sports car but actually more towing power and more carrying capacity than a gasoline or diesel truck of comparable size."