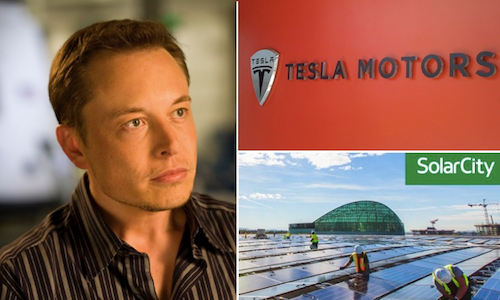 In a deal that Elon Musk has dubbed a “no brainer,” Tesla Motors has made an offer to acquire solar installation company SolarCity in a stock deal worth a reported $2.8 billion. 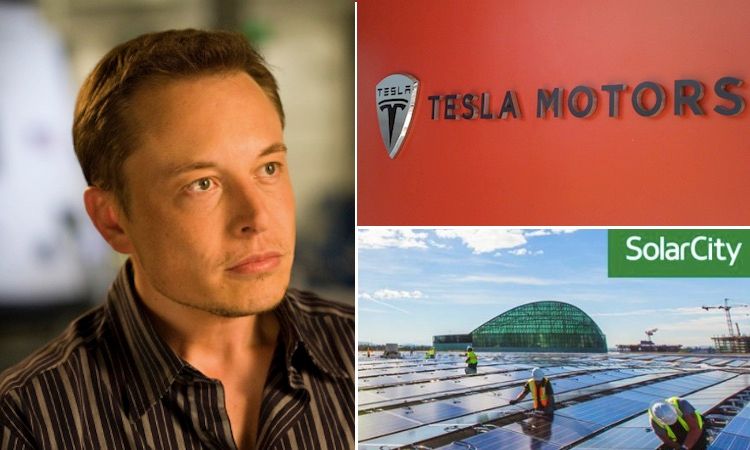 The electric car company made the announcement Tuesday and explained the offer in a blog post:

Tesla’s mission has always been tied to sustainability. We seek to accelerate the world’s transition to sustainable transportation by offering increasingly affordable electric vehicles. And in March 2015, we launched Tesla Energy, which through the Powerwall and Powerpack allow homeowners, business owners and utilities to benefit from renewable energy storage.

It’s now time to complete the picture. Tesla customers can drive clean cars and they can use our battery packs to help consume energy more efficiently, but they still need access to the most sustainable energy source that’s available: the sun.

“The world does not look for another car company, the world looks for sustainable energy companies,” Musk told reporters in a conference call on Tuesday.

The prolific entrepreneur is the chairman of SolarCity, which was founded and is operated by his cousins, Lyndon Rive and Peter Rive. Musk is the largest individual shareholder of both companies, with 21.3 percent of Tesla and 22 percent of SolarCity, according to estimates.

SolarCity is the top residential solar installer in the country. Its customers pay for the panels with a monthly fee that’s typically less than what they would pay to the power company. A marriage between the two companies would seamlessly tie SolarCity’s panels with Tesla’s Powerwall batteries. Having a solar-plus-storage system installed by a single company would allow an easier transition to customers to unhook themselves from a carbonized grid.

This morning, in a conference call to reporters and shareholders, Musk further discussed the rationale behind the offer. He said that the idea of consolidating Tesla and SolarCity “has been floated over the years” and it would be “extremely unwieldy” to operate as two companies.

In its blog post, Tesla listed off a number of “significant benefits to our shareholders, customers and employees” if the deal is completed:

“This is what the world needs … this is Earth’s solution,” Musk said of the merger this morning. Musk has long been a champion solar energy and highly critical of fossil fuels and the fossil fuel industry.

“We have to look back on gas engine cars like we look back on steam engines,” as well as power from fossil fuels, Musk added.

The fact that Musk has the biggest slice of both companies leaves Musk in a bit of an awkward situation, media reports have noted. Electrek explained that the offer to SolarCity “will be contingent on a vote from the shareholders and Musk will abstain from voting his shares due to his vested interest in the deal.”

Analysts and investors do not appear happy with the plan. Reuters reported that Tesla’s stock price spiraled more than 13 percent to $189.99 following the announcement yesterday. At the same time however, shares of SolarCity soared about 18 percent to $25.02.

This is what happened to the stocks after Tesla announced its bid for SolarCity https://t.co/KJfj1sc7jZ pic.twitter.com/bjPgHbKmVv

Electrek also observed that shareholders are “calling the deal a ‘bailout‘ of SolarCity, especially after Musk bought another $10 million worth of shares last year—before the stock fell 60 percent in 2016.”

SolarCity is also in an ongoing battle against regulators and utilities in states that are unfriendly to rooftop solar, aka the “solar wars” in Nevada over net metering, which allows homeowners to offset the cost of their panels by selling any electricity they don’t use back to the grid. Nevada’s NV Energy has been fighting these policies tooth and nail.

Musk, however, shot down the idea of a “bailout” of SolarCity, calling it a “false description.”