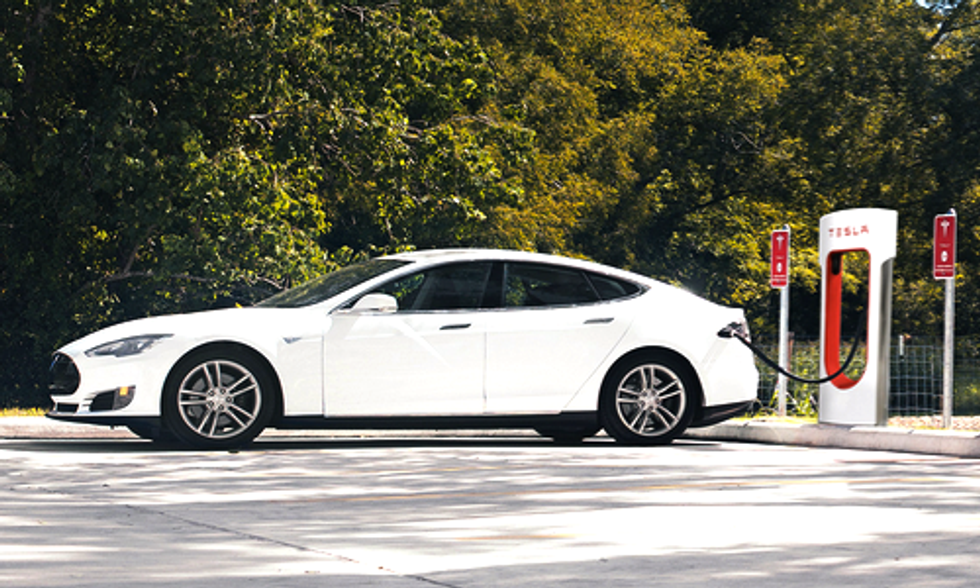 Traveling around the world just got a little easier for Model S drivers. In a company milestone, Tesla Motors announced it has now installed more than 2,000 Superchargers in nearly 400 locations across four continents.

These fast-charging, plug-in stations are dotted around North America, Europe, Asia and Australia, typically in well-traveled highways and cafes and shopping centers in metropolitan areas, so Tesla drivers can grab a bite to eat or shop as their car charges.

The service, which is free for Model S drivers for life, delivers a powerful 120 kW of direct current power directly to the battery. In fact, Tesla's Superchargers can provide 170 miles of range in a 30-minute charge, whereas many public charging stations provide only 10 miles of juice in the same amount off time.

"Tesla Superchargers enable free long distance electric driving across the United States, and up and down the West and East Coasts," the company wrote in a recent blog post. "They connect the United Kingdom to continental Europe and stretch from the south of France to northern Norway, far up into the Arctic Circle. In China, Superchargers link major cities along the coast, and we recently opened Supercharger stations in Japan and Australia."

One of the biggest concerns about electric cars is range. Tesla, however, eased worries about long-distance driving last year when two drivers set a record for cross-country travel in an electric car. The two took a 2013 Tesla Model S from New York City to Los Angeles in 76 hours using only the company's Supercharger stations along the way.

"Tesla's Supercharging system will allow you to do the ultimate road trip," Tesla CEO Elon Musk says in the video. "You can travel across the country and just pack some food, stay with friends and leave your wallet at home."

The automaker boasts that its Supercharger network has delivered 25 gigawatt hours of electricity, enabled 86.2 million miles of travel, saved 3.9 million gallons of gas and has offset 98.2 million pounds of CO2.

Tesla's supercharger reach is growing dramatically. The company said that the number of superchargers had already increased five fold in 2014, and it now plans to double that number this year.

Despite the recent glut in oil, the nascent electric car industry is only growing. Last June, Musk opened Tesla's Supercharger patents (and then all of his electric vehicle patents soon after) to spur EV adoption.

Check out Tesla infographic, By the Numbers, including planned future expansion for Superchargers: