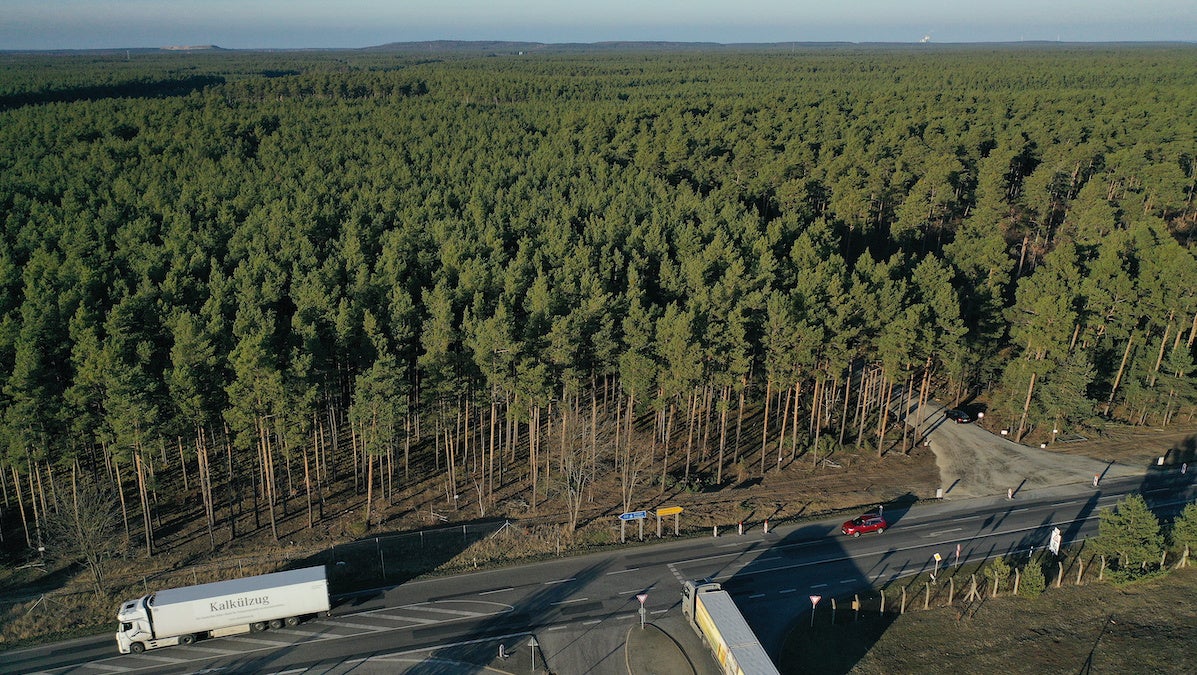 Trees that Tesla wants to clear in order to build a Gigafactory near Gruenheide, Germany on Jan. 21, 2020. Sean Gallup / Getty Images

Tesla can continue clearing a forest outside Berlin in order to build a new Gigafactory factory, a German court ruled Thursday.

The company is planning its first European electric car and battery factory in the town of Gruenheide, but local environmental groups opposed the tree clearing necessary to construct it, Reuters explained. The court had issued a temporary injunction against the tree felling Sunday, The Guardian reported, but its decision now to allow the trees to be cleared is final and cannot be appealed, MarketWatch pointed out.

The factory has divided environmentalists in Germany, DW explained. On the one hand, Tesla plans to clear 92 hectares of forest for its factory. Local environmental groups are worried about how it will impact wildlife and water supply, and their vocal opposition has surprised authorities, according to Reuters. Demonstrations against the plant have drawn hundreds.

“To fell half of the forest when many aspects of this process are yet to be clarified seems fairly problematic, which is why we have asked the court to deal with it,” Heinz-Herwig Mascher of Grüne Liga said, according to The Guardian. “It is not that we have something as such against Tesla as a company or its objectives. But we are concerned the preferential treatment they’re being given could set a precedence.”

On the other hand, the Gigafactory will produce at least 500,000 electric cars every a year, DW pointed out, making it part of the fight against the climate crisis. Tesla CEO Elon Musk has also argued that the forest was not natural, but was planted for cardboard. He also said the plant would not use as much water as the peak estimates that had alarmed activists.

Sounds like we need to clear up a few things! Tesla won’t use this much net water on a daily basis. It’s possibly a rare peak usage case, but not an everyday event. Also, this is not a natural forest — it was planted for use as cardboard & only a small part will be used for GF4.

Some environmental leaders took his side.

“[Y]ou don’t always have to oppose everything,” Berlin Green Party politician Ramona Pop said, as DW reported. “It is absurd to declare a pine plantation as a forest. We need to keep some perspective. Tesla’s future investment should be allowed quickly for clean mobility and climate protection.”

In its ruling Thursday, the court decided that the local authorities did not violate any laws when they allowed work on the factory to start, Bloomberg reported. Their decision means that Tesla should be able to finish clearing and begin construction before the breeding and nesting period for local wildlife in mid March. This will put the company on track to meeting its goal of opening the Gigafactory in the middle of 2021.

Musk said on Twitter that the plant would be designed with “sustainability and the environment in mind,” and that the company would plant three trees for every tree cut down.