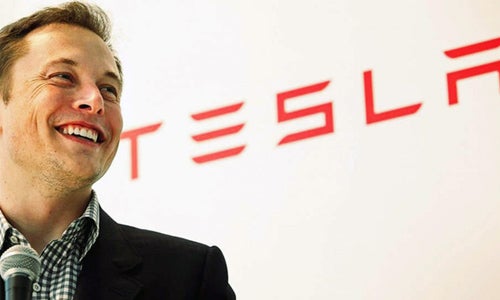 Nikhil (Nikki) Goel is the editor-in-chief of Cavs Nation and a writer for EcoWatch. He currently attends Case Western Reserve University and studies Chemical Engineering. He hopes to pursue Environmental Policy some day, making writing more than a hobby. Born and raised in Cleveland, his love for the Cavaliers is self-explanatory. Nikki is a passionate advocate for unisex nomenclature and a fruit connoisseur. If you need to pick out a ripe watermelon, find him.

Can the “Open Source” Agenda Lift Humanity above Globalization?

Brilliance doesn’t stem from success. It radiates from trendsetters who make change and bring our species closer to “tomorrow.” Innovators like Elon Musk, who’s achieved capitalistic success while refusing to compromise environmental standards. Musk’s pioneering electric automotive company, Tesla, is galvanizing a new economic movement: one with a manual gearshift in the market in order to supply a new demand. Continuing the trend is this year’s release of the Mirai, Toyota granted unrestricted use of thousands of hydrogen fuel cell patents (including pending patents), subsequently passing a torch that not only sympathizes with climate change activists but also empathizes with the realities of globalization. 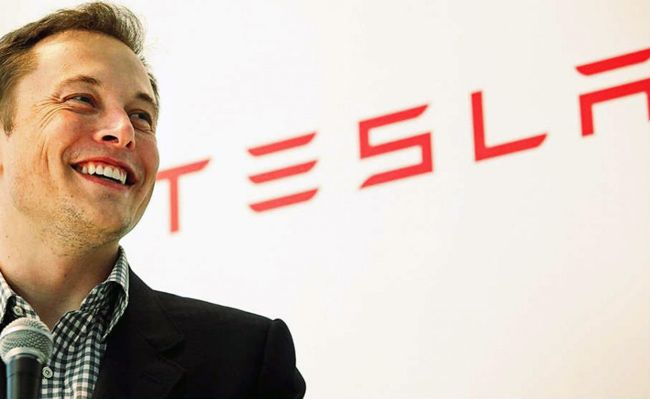 These realities date back to the 18th century, when President George Washington signed a bill that laid out the framework for an inclusive and flexible American patent system. Since then, the ingenuity of Americans and avant-gardists around the world has been capitalized into an economic era with an ideal, optimistic lifestyle. Unfortunately, despite globalization’s spherical connotation, its steamrolling proliferation does not come to full circle. By sculpting the planet for its resources, man’s era of industrialization has left the carvings out to dry. Current civic culture supports a backwards relationship between the economy and environment, in which patents that liberated visionaries from past fiscal boundaries have now inadvertently ensnared the potential of smarter, more viable economic growth. And yet, with the imagination that crafted today comes the extrapolation that we can find a solution tomorrow.

Here’s the thing about most of tomorrow’s environmental solutions: we already have them, here, today. Environmental problems typically run parallel with this redundancy, in a situation that is just as politically and economically tangled. The fossil fuel industry is transparently saturated, perforated with ostensible controversies that reveal how colossally difficult it is to overcome humanity’s dependency. “Tomorrow” might be a bit more distant from the dark reality Musk believes our economy faces today, where “electric car programs at the major manufacturers are small to non-existent, constituting an average of far less than 1% of their total vehicle sales.” Tesla therefore cannot create substantial change in the economy, society or environment if they’re only impacting a fraction of one percent of the market. The situation has settled in between invention and implementation, where we cannot take the hydrogen-powered train until the ensuing tracks are in place.

By releasing royalty-free use of 5,680 fuel-cell patents vital to the construction of hydrogen-powered vehicles, Toyota is placing those tracks and growing that one percent. It’s not enough to get on board, however; to continue the movement, each piece needs to provide an extension—another piece—that can streamline humans as fast as industrialization has. So when Tesla supplied Toyota with battery packs for developing its fuel cell technology, Toyota then promised an additional 70 hydrogen-fueling station patents that can be used by any electric automotive product let alone for its production. This economic phalanx can carry society to tomorrow while bringing tomorrow a bit closer with each new extension made today. 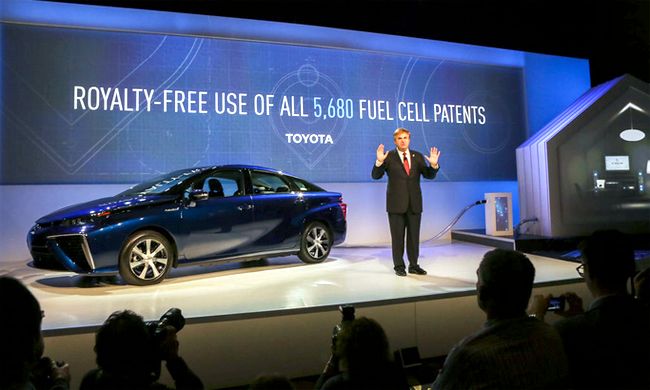 By releasing royalty-free use of 5,680 fuel-cell patents vital to the construction of hydrogen-powered vehicles, Toyota is placing those tracks and growing that one percent.

Don’t mistake these extensions as hyper or heroic. From an ECON 101 perspective, relinquishing proprietary components of a business is economic suicide. Before telling these companies’ novel engineers to stick to science, the economic potential of this movement can put Tesla and Toyota’s hydrogen-electric tandem ahead of all other future competitors in a market that is sure to grow.

Toyota eluded to this part of the marketing strategy, as their senior vice president, Bob Carter, explains that companies who manufacture and sell hydrogen-fuel cell vehicles can free use the patents “through their initial market introduction period, which they anticipate is today to the end of 2020.” Hence after, companies still interested in using the patents must sign a licensing contract. However, by placing “good faith” in the industry as well as within themselves, Tesla and Toyota are looking to set a palpable bar for others to exceed with an appropriate mentality that they’ve got nothing to lose. Sounds radical? How could it, considering creative innovation and bold risk-taking is how “tomorrow” is perceived and eventually conceived.

This “tomorrow” has been teed up by Tesla and driven by Toyota’s latest swing. Now it’s time for the rest of the industry to follow through, completing a stroke that can put society on the green every time. All that’s left is putting people into a better future. Sinking that putt is a result of successfully rising above globalization by globalizing an environmental solution.