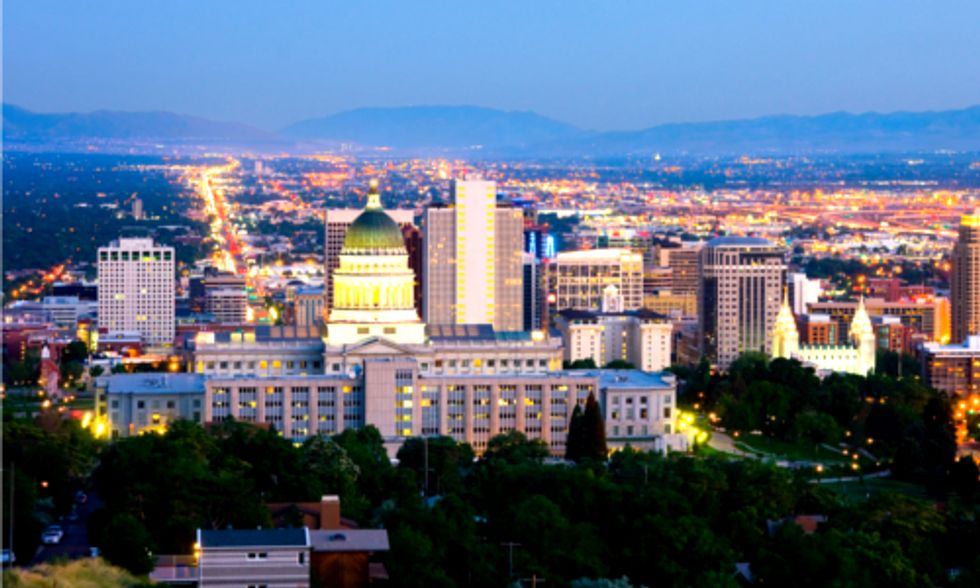 The mayors of 10 U.S. cities announced a cooperative plan Wednesday that could result in collective, energy bill savings of up to $1 billion per year.

The municipalities will join together in the City Energy Project (CEP), an initiative to reduce climate pollution from buildings, which are easily the cities' largest sources of energy use. The Natural Resources Defense Council (NRDC) and the Institute for Market Transformation will provide expertise for the participating cities to design their own, tailored plans to fight climate change.

"Think about that: These 10 cities are about to save millions by looking at (making changes to) their own cities in their own skylines," NRDC President Frances Beinecke said during a Wednesday conference call that also included some of the mayors of the participating cities.

"They know they must act now to make their cities more sustainable and resilient. They will be paving the way for others to follow."

Atlanta, Boston, Chicago, Denver, Houston, Kansas City, Los Angeles, Orlando, Philadelphia and Salt Lake City are the participating cities. Beinecke said the CEP has the potential to cut up to 7 million tons of carbon emissions annually between those cities.

That amount is roughly the same as taking 1 million to 1.5 million passenger vehicles off the road each year; the amount of electricity used by 700,000 to nearly 1 million American homes annually; or taking three or four power plants offline.

A partnership between Bloomberg Philanthropies, the Doris Duke Charitable Foundation, and The Kresge Foundation, will help fund customized plans for the 10 cities to boost energy efficiency in their buildings. Former New York City Mayor Michael Bloomberg knows first-hand what it's like to rise from the smog to a drop in emissions. He estimates that New York City is cleaner now than it has been at any point in the last 50 years. He said he wanted to involve his company's philanthropic arm to encourage that kind of change around the country.

“New York City’s sustainability efforts are a major reason our greenhouse gas emissions are down 19 percent since 2007," Bloomberg said. "They have also substantially driven down energy costs for consumers. The (CEP) will bring the significant economic and environmental benefits that energy efficiency has to offer to other cities—and accelerate progress by helping them learn from each other's successes.”

The cities' locally tailored plans will focus on large buildings, which can represent about 50 percent of their square footage. The cities hope to play "matchmaker' between lenders and property owners looking to increase the efficiency of their lighting, heating, cooling and more.

The CEP aims to:

Philadelphia Mayor Michael Nutter said his city has been working on sustainability since 2009 with its Greenworks Philadelphia initiative, despite 62 percent of emissions coming from the city's largest buildings. The CEP excites Nutter because he gets to glean advice from other leaders around the U.S.

"Trying to become the No. 1 green city in America is not a singular exercise," he said. "We're not at that level of competition. I know all the mayors on this call are willing to share information."