Tell Your Senators to Vote No on the Dirty Water Bill 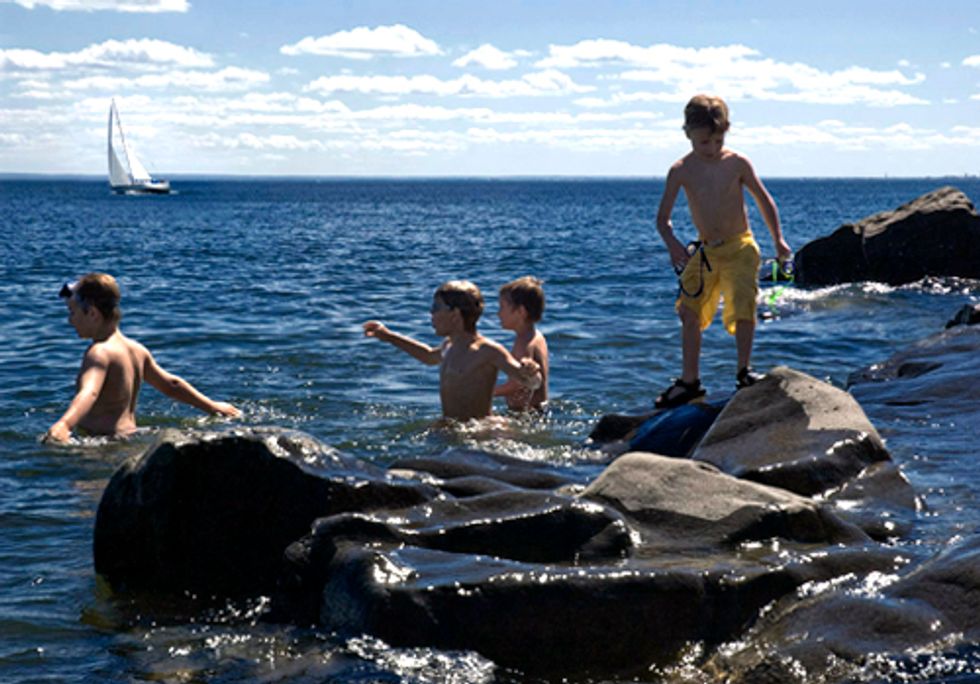 Some decision-makers apparently need a refresher course on clean water.

From the mid-1800’s to the late 1960’s, many rivers around the U.S. caught on fire, including Ohio’s mighty Cuyahoga River. The cause? Uncontrolled dumping of pollution.

In the 1930’s, algal blooms became a nuisance in the Great Lakes. A 1953 report by the Ohio Department of Natural Resources concluded that “long periods of pollution barriers to fish existed in the form of toxic material or deficient oxygen.” In the 1960’s and 1970’s, scientists declared Lake Erie to be biologically “dead.” As a result, Congress and the U.S. and Canada passed two historic pieces of legislation—the federal Clean Water Act and the Great Lakes Water Quality Agreement.

Our lakes and rivers rebounded. People flocked to Lake Erie and other waterways to fish, swim and boat. Small businesses dependent on the fishery and water-based recreation flourished. The number of coastal marine businesses along Lake Erie’s coast has more than doubled from 207 in 1977 to 425 today. In 1975, there were 34 charter boat captains. Today, there are about 800 of these small business owners.

Take home message? Clean water is part of the equation that yields good jobs and recreation.

Today, many decision-makers in Congress want to gut the Clean Water Act. They want to stop any federal agency from protecting our waterways from increased pollution. These politicians claim they are acting in the name of jobs and the economy. They apparently think that clean water strangles jobs and recreation.

According to the U.S. Environmental Protection Agency, nearly 90 percent of Ohio’s population receives its drinking water from small and/or seasonal streams. Yet Congress is threatening to strip these streams of protections that have existed for 40 years under the Clean Water Act. If Congress abandons these streams, it will leave them vulnerable to being filled and polluted.

Some of our nation’s leaders actually think that Americans should chose between their family’s health and the health of our economy. As a trained scientist, I know that life itself depends on clean air and water. As a co-breadwinner, I know that my husband and children depend on a thriving economy. And as a mother, I am not willing to sacrifice either the environment or the economy.

Since the passage of the Clean Water Act and the Clean Air Act, people are living healthier and longer lives, in part because of these very regulations. Congress, however, has placed our drinking water, our health, and our economy in their crosshairs with the passage of such bad pieces of legislation as the Dirty Water Bill (the Barrasso-Heller amendment, H.R. 2354), which the Senate is now considering.

At a time when Lake Erie and Grand Lake St. Marys is grappling with toxic algal blooms rivaling those of the 70’s, Congress should not be rolling back protections for our waterways that provide drinking water, food, and jobs to millions of Ohioans. President Barack Obama should swiftly restore Clean Water Act protections to our streams, rivers and lakes. His administration has started the guidance and rule-making of what waterways are legally considered waters of the U.S. and afforded Clean Water Act protections. But big-money polluters and their friends in Congress are now trying to stand in the way.

Now is the time for concerned citizens to raise their voice. Don’t wait until you can no longer fish or swim in your favorite fishing hole. Contact your Senators today and tell them to vote no on the Dirty Water bill, before it’s too late.