Time for the Teens to Take on the Kochs Over Climate 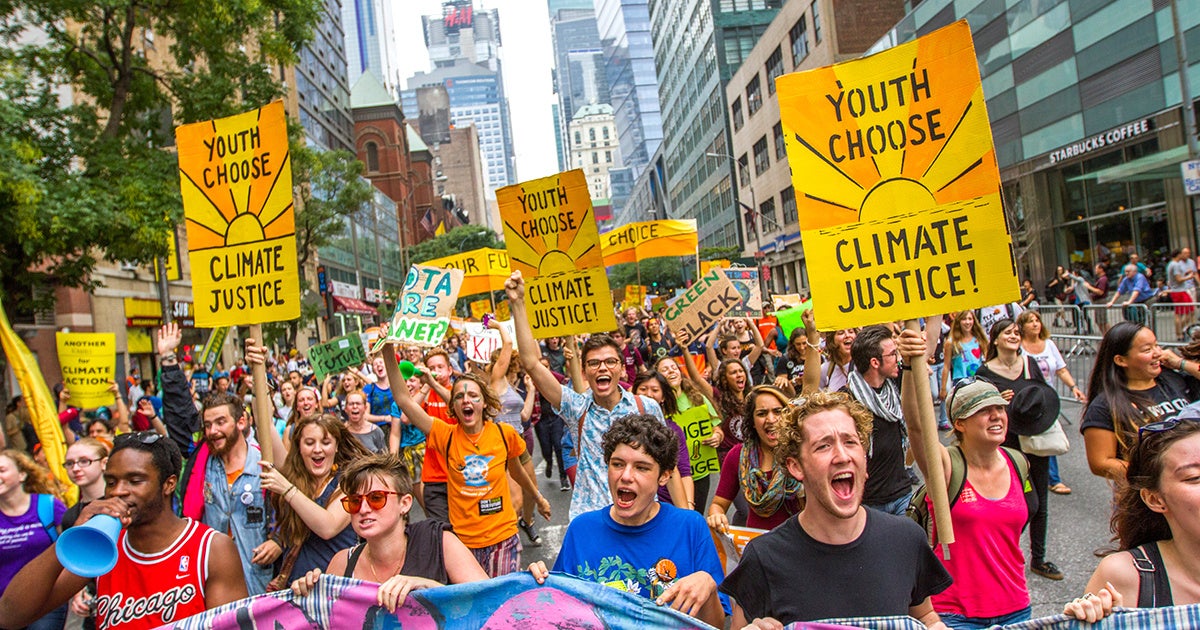 Since the horrific Parkland shooting in which 17 high school children were murdered in Florida, people from around the world have watched in admiration at the way the traumatized survivors have taken on the National Rifle Association (NRA) and politicians who are in the gun lobby’s pocket.

They have taken their anger and are demanding action. Last week’s debate on CNN where survivors grilled Marco Rubio (R-Florida) and NRA’s spokesperson Dana Loesch, was in many ways inspirational as the young survivors challenged those in power and why we cannot ban assault rifles.

As the death toll from America’s gun epidemic increases every week, politicians from President Trump to GOP fail yet another generation in their inability to act in order to stem America’s gun carnage. In any other country it would not be acceptable, but for some reason in the U.S., the dirty money of the NRA buys political silence which ends up in the slaughter of the innocent.

The response of the Parkland students has been so commendable. But why stop at gun control?

There are many parallels between gun control and climate change, where the powerful and the rich maintain a status quo that threatens many people’s future.

As one commentator on Earther noted: “It was a tour de force watching young people who have been let down by adults and an entrenched political system begin to try tearing it down. There’s no reason to stop at gun control. Let’s see teens ask policymakers about climate change, the outlines of which closely mirror the gun control.”

They continue: “Teens of today will face a more unstable future, one that could be outside the realm of anything humanity has ever experienced if carbon emissions keep rising. And yet our current crop of politicians has done basically nothing to address the root problem, almost exclusively driven by Republican’s slavish devotion to fossil fuel interests.”

And one of the biggest fossil fuel interests, is of course, the Koch brothers, who have done more than most to spin a multi-million dollar climate denial machine.

We know they are influential with Trump and the GOP, but a new disturbing report in The Intercept outlines the “incredible access” the Koch’s have had to the Trump administration. As The Intercept noted: “In the backdrop of a chaotic first year of Donald Trump’s presidency, the conservative Koch brothers have won victory after victory in their bid to reshape American government to their interests.”

Documents obtained by The Intercept reveal that wealthy donors to the GOP such as Charles and David Koch have funded the GOP directly as well as “third-party organizations that have pressured officials to act swiftly to roll back limits on pollution, approve new pipeline projects, and extend the largest set of upper-income tax breaks in generations.”

One memo outlines “how the EPA Clean Power Plan, which is currently under the process of being formally repealed, and Trump’s withdrawal from the Paris Climate Agreement” are among their major accomplishments.

And now the Koch’s and their network of groups are going to try and sway the 2018 mid-terms to the tune of $400 million, which is the biggest amount they have ever spent on elections and significantly greater than the estimated $250 million they spent on the 2016 presidential election.

And that money will be spent trying to get anti-climate change and pro-gun Republicans elected. Its time for the teens and young adults to fight back.