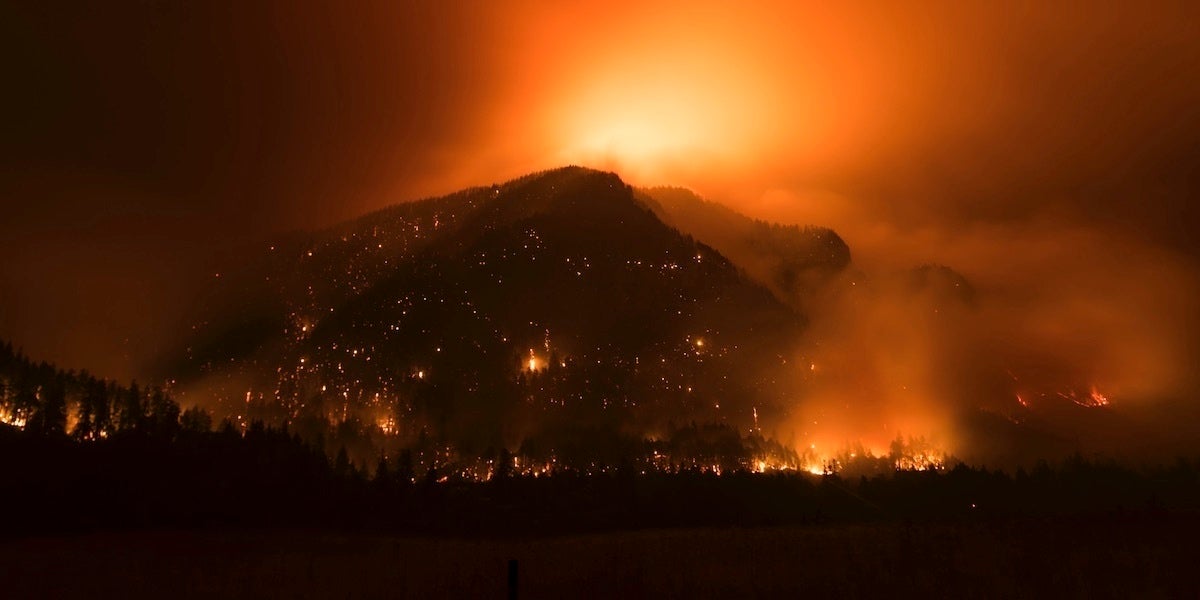 A teenager who admitted to starting the Eagle Creek Canyon
wildfire in Oregon that singed approximately 48,000 acres of forest land in September was ordered to pay $36.6 million in restitution.

Hood River County Circuit Judge John A. Olson admitted that the youngster will probably never be able to pay the total amount, but was obligated under state law to issue the full award to the victims of the massive blaze, including residents whose properties burned down and the state and federal departments that fought the fire,
The Oregonian reported.

In his May 18
opinion, Olson wrote that the “restitution is clearly proportionate to the offense because it does not exceed the financial damages caused by the youth.”

“In short, I’m satisfied that the restitution ordered in this case bears a sufficient relationship to the gravity of the offenses for which the youth was adjudicated,” he said.

Olson concluded, “the youth cannot pay the judgment in full, and therefore authorizes the Hood River Juvenile Department to establish a payment schedule.”

The teen, whose name has not been released, was 15 at the time of the incident. In February, he
admitted to throwing the illegal fireworks that sparked the fire. He was sentenced to 1,920 hours of community service, five years probation and had to write an apology “to everyone in the gorge.”

Olson ruled that after 10 years, if the teen successfully completes probation, does not commit additional offenses and complies with the payment plans, the court can grant full or partial satisfaction of the restitution judgment.

“The court’s hands were tied by the statute with respect to ordering the full amount of the legally appropriate restitution,” Jack Morris, the boy’s attorney, told The Oregonian, adding that a “rational” sum would be suitable but that “it’s difficult to imagine anything more pointless then ordering an adolescent to pay $36 million in restitution.”