Teen Climate Activist to Crowd of Thousands: ‘We Can’t Save the World by Playing by the Rules’ 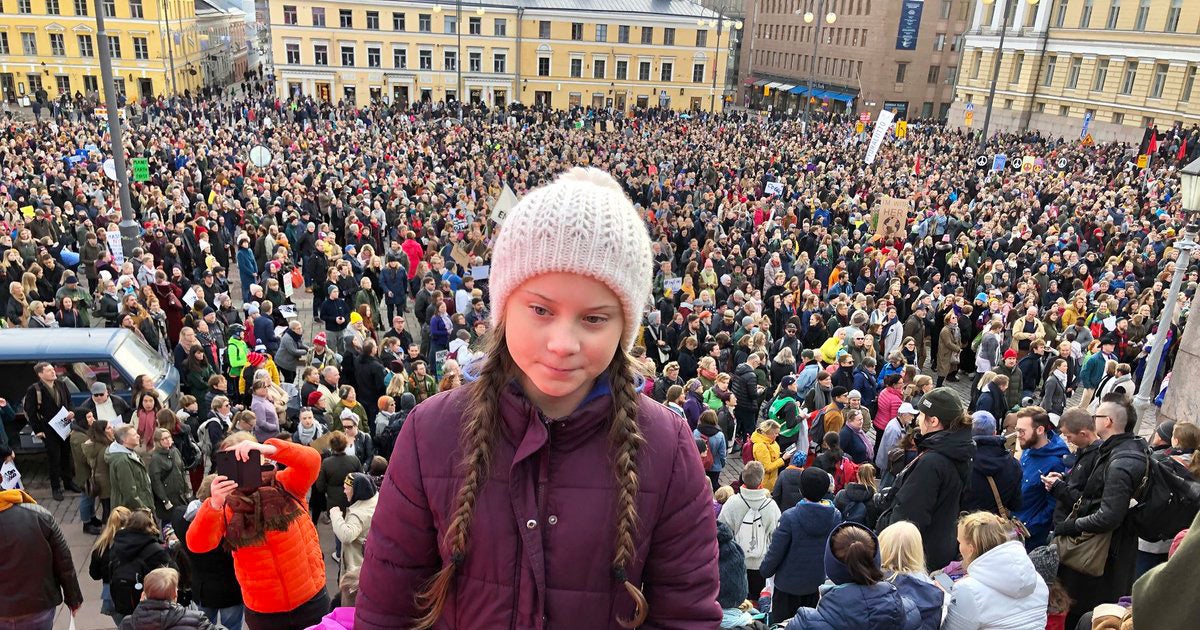 Addressing some 10,000 people in Helsinki on Saturday at what some campaigners are calling Finland’s largest ever climate demonstration, 15-year-old Greta Thunberg urged marchers to fight for the major systemic changes that experts have said are necessary to limit greenhouse gas emissions and avert a looming climate catastrophe.

“Today we use 100 million barrels of oil every day. There are no politics to change that. There are no rules to keep that oil in the ground, so we can’t save the world by playing by the rules because the rules have to change. Everything needs to change and it has to start today,” declared the Swedish teenager, who traveled to the capital city of her nation’s Nordic neighbor for Saturday’s massive march.

“A lot of people say that Sweden or Finland are just small countries and that it doesn’t matter what we do,” Thunberg added. “But I think that if a few children can get headlines all over the world just by not going to school for a few weeks, imagine what we could do together if we wanted to.”

Thunberg garnered international media attention when, ahead of Sweden’s September election, she refused to attend school and instead protested outside the Swedish parliament, handing out educational pamphlets to passersby. Now that the election has passed, the self-described “climate radical” and others who have joined the strike return to school for four days each week but still protest on Fridays.

“We young people don’t have the vote, but school is obligatory,” she told The Local in August. “So this a way to get our voices heard.”

At her “now-famous” protest spot and in interviews with the press, Thunberg has stuck to the same message she delivered Saturday about the necessity of a rapid global shift away from fossil fuels and toward sustainable energy sources.

“I think the election didn’t matter,” she said to The New Yorker about Sweden’s latest batch of political races. “The climate is not going to collapse because some party got the most votes. The politics that’s needed to prevent the climate catastrophe—it doesn’t exist today. We need to change the system, as if we were in crisis, as if there were a war going on.”

Thunberg’s recent actions have been celebrated by climate activists including 350.org co-founder Bill McKibben, who highlighted the march and thanked the teen for her leadership in a tweet on Saturday:

The thousands of people who participated in Saturday’s “The Time to Act is Now!” demonstration are demanding that politicians from all of Finland’s parties commit to cutting off subsidies for fossil fuels by 2020 and totally outlawing dirty energy by 2035, according to the local chapter of Greenpeace, which helped organize the event.

Helsinki University researcher Tero Toivonen told Yle News that the unexpectedly high turnout for demonstration—which featured a march from Helsinki’s Senate Square to the parliament building—suggests that the public is starting to realize the urgency of the climate crisis.

“Everyone has joined in the demand that something needs to be done now. We are definitely seeing more talk like this from the politicians,” he said.

The demonstration comes on the heels of a recent report from the Intergovernmental Panel on Climate Change (IPCC)—the United Nations’ leading body for climate science—detailing what the world could look like if the global temperature rises to 1.5°C and underscoring the need for “rapid, far-reaching, and unprecedented” efforts worldwide to prevent “climate catastrophe.”