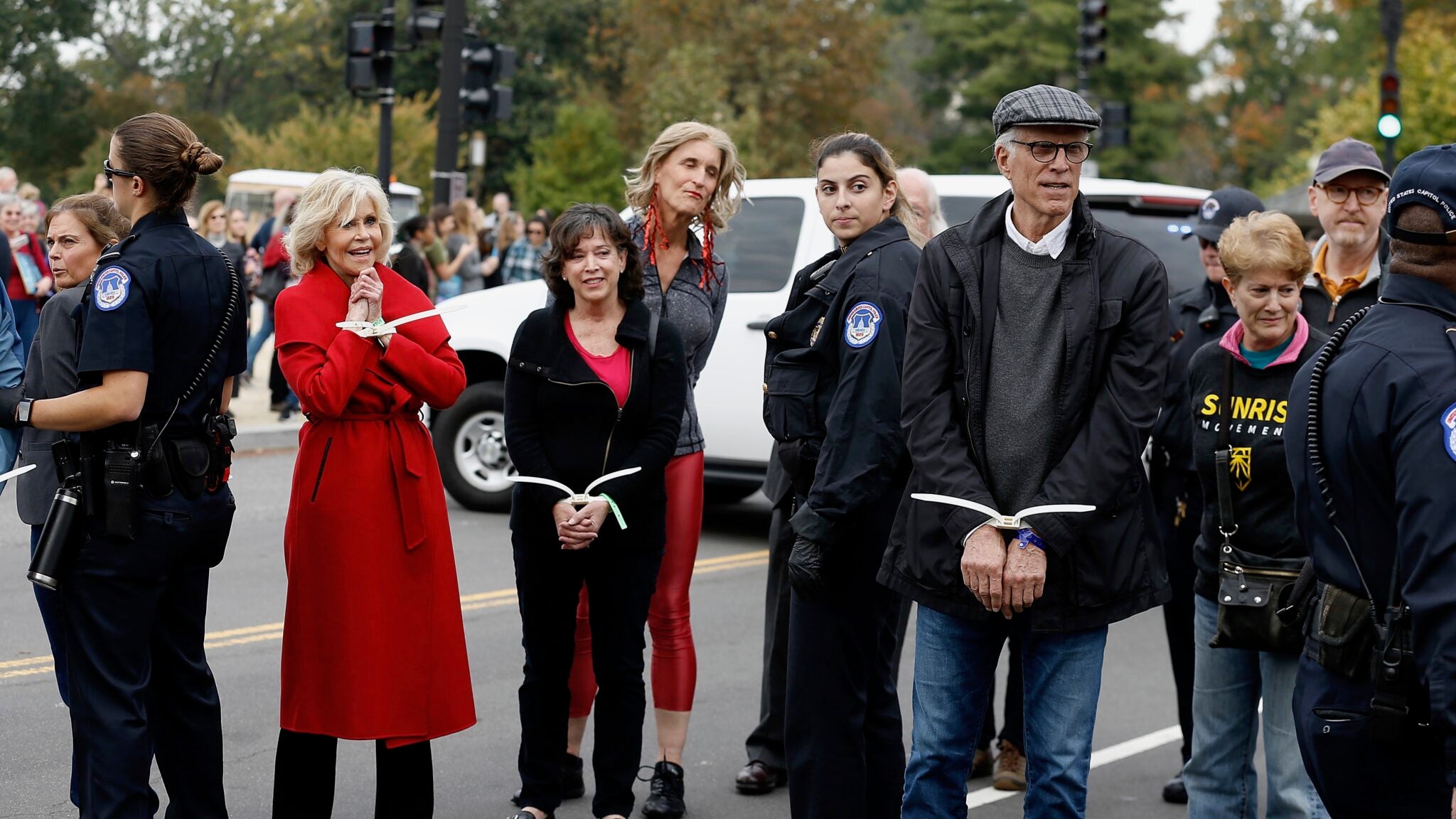 First, Jane Fonda’s Gracie and Frankie co-star Sam Waterson joined her. Then, Ted Danson accompanied her on the step of Capitol Hill for her weekly Fire Drill Fridays protest. The duo was arrested Friday demanding congressional action to address the climate crisis, as CBS News reported.

This is the third week in a row that Fonda, an 81-year-old, has been arrested in a red coat outside the capitol. The actress and political activist said she moved to DC “to be near the epicenter of the fight for our climate,” on her website. “Every Friday through January, I will be leading weekly demonstrations on Capitol Hill to demand that action by our political leaders be taken to address the climate emergency we are in. We can’t afford to wait.”

So far, she has been true to her word. She and Danson were arrested with 30 other people for “unlawfully demonstrating in the intersection of East Capitol and First Streets” and were charged with crowding, obstructing or incommoding, according to US Capitol Police, as CNN reported.

Each week’s protest has a theme. This week’s was “Ocean’s Can’t Wait.” But, in a cruel twist, the police confirmed to a Washington Post journalist, that the zip ties used to cuff protestors are single-use plastics, as Variety reported.

Danson and Fonda chanted alongside demonstrators, “The oceans are rising and so are we!”

Danson smiled as he was arrested. The 71-year-old actor said he had planned to take it easy when he turned 70, but “then I met Jane Fonda, who had her foot on the gas pedal and was not only 80, but was going 80 miles per hour at all times,” he said, as the Los Angeles Times reported.

“She’s astounding, she became my mentor, and here I am about to get arrested … It focuses your brain a little bit,” he added.

Fire Drill Fridays tweeted “.@TedDanson was just arrested for the first time. This is an inconvenient crisis so we must get uncomfortable and put our bodies on the line to demand action on climate and protection of our oceans. #firedrillfriday.”