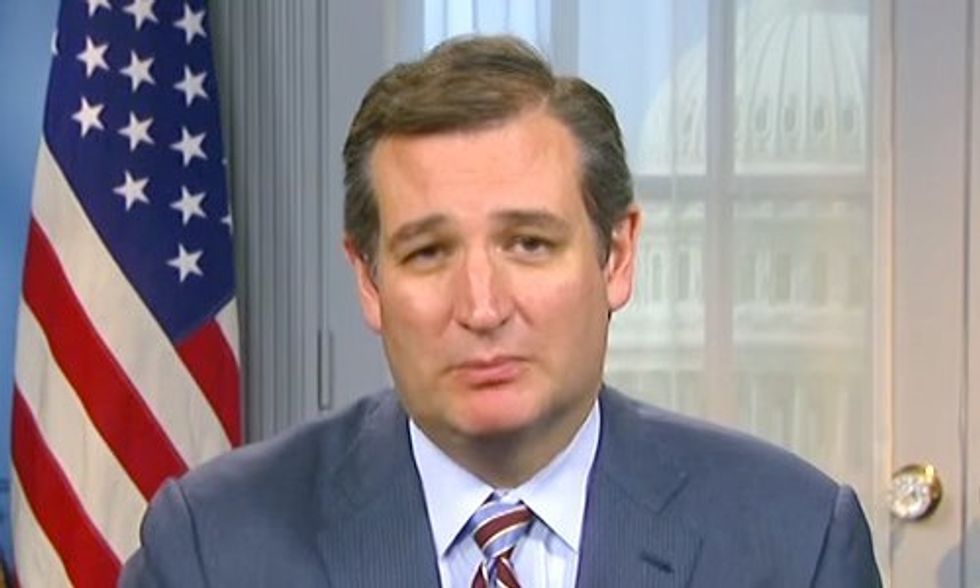 Sen. Ted Cruz said in a video released earlier this week that "one of the worst examples of the left's scare tactics is the lies they continue to spread concerning the issue of so-called global warming."

"The president's radical attempt to destabilize the nation's energy system is flatly illegal," Cruz said. "And unless it is invalidated by Congress, struck down by the courts or, hopefully, rescinded by the next administration, it will cause Americans' electricity costs to skyrocket at a time when those who are struggling can least afford it. What the Obama administration is doing to harm the American economy is the sort of power grab that our founders would have recognized as tyranny."

His comments came just a day after he and 51 other senators approved two resolutions rejecting the U.S. Environmental Protection Agency's carbon rules for power plants, the Clean Power Plan. President Obama has vowed to veto the measures.

Republicans are also taking aim at Obama's Green Climate Fund. The $3 billion fund was set aside by the Obama administration last year as something the president hopes to be able to bring to the negotiating table at the COP21 Paris climate talks.

“We pledge that Congress will not allow U.S. taxpayer dollars to go to the Green Climate Fund until the forthcoming international climate agreement is submitted to the Senate for its constitutional advice and consent,” 37 Republican senators wrote in a letter to Obama Thursday.

“The world should feel just fine ignoring these Senate Republicans on this one," Sierra Club Global Climate Policy Director John Coequyt said. "What’s more interesting than who signed this letter is who did not, because it’s clear that the Green Climate Fund already has bipartisan support in the Senate. That’s why an amendment supporting the GCF already passed through the Senate’s appropriations committee while under Republican control."

Paris. But unless the deal is "deemed to be a treaty," thus requiring Senate ratification, explained The Hill, then Republicans will not vote on it.

“These same Republicans who have argued against climate action by saying the U.S. shouldn’t act alone are now trying to derail every effort that facilitates international action—and it's not going to work," continued Coequyt. "This is just another desperate, and ultimately futile attempt to derail action to tackle the climate crisis by extremist Senators who are putting themselves in opposition to religious and moral leaders like Pope Francis and the Dalai Lama, the 164 countries who have submitted climate action plans already, dozens of major U.S. corporations calling for climate action and the will of the clear majority of the American public. The American delegation at the COP21 will be empowered by those voices, not held back by the desperate efforts of the most extreme pro-polluter interests.”

Cruz and other GOP's, including Sen. James Inhofe (R-OK), have repeatedly denied the reality of human-caused climate change. Last winter, Inhofe brought a snowball to the floor as "proof" that global warming is not occurring. He also criticized Pope Francis for speaking out about climate change. Cruz spent an entire Senate hearing badgering Sierra Club President Aaron Mair about the organization's stance on climate change. And just a few weeks ago, Cruz told Glenn Beck that "climate change is not science, it's religion."