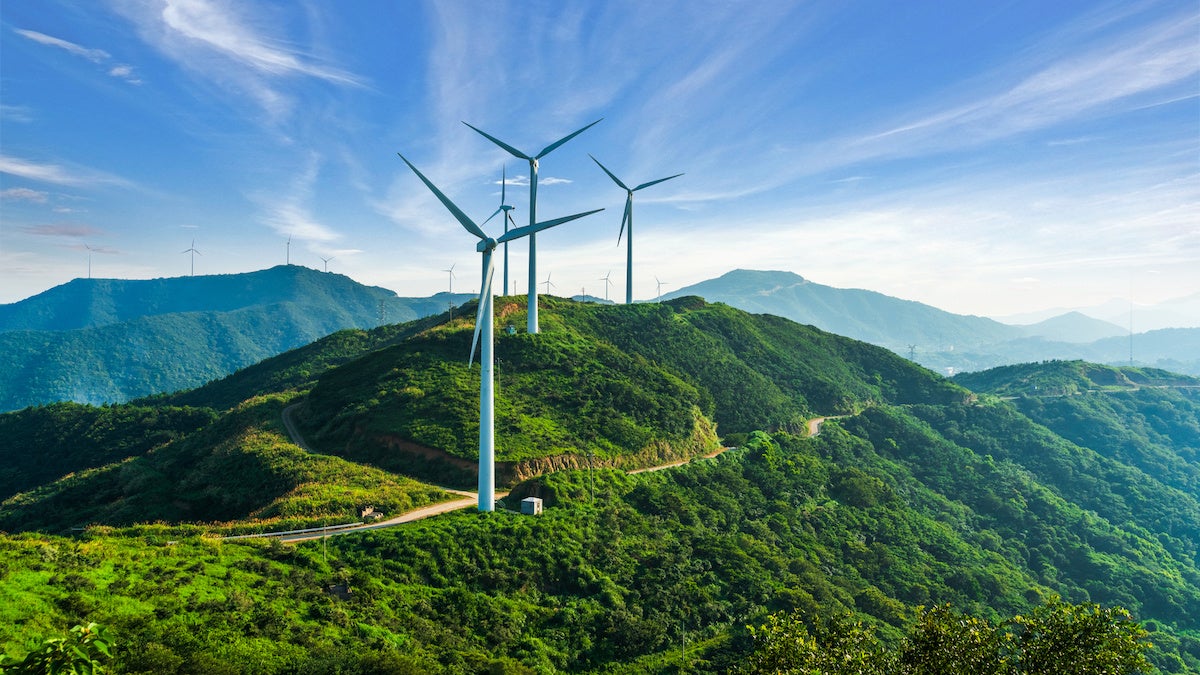 It’s a question that preys on our readers’ minds: Can we invent our way out of climate breakdown?

For many, dismayed by the pace of political progress but loathe to give up carbon-heavy lifestyles, solving climate change through technology alone is a tantalizing idea.

But experts say there is no silver bullet to protect the climate — and that keeping fossil fuels in the ground is the surest known way to prevent further warming.

Average temperatures have risen by 1 degree Celsius since countries first industrialized and are projected to rise about 3 degrees Celsius above that baseline by the end of the century without sharp, severe cuts to CO2 emissions.

A report from the Global Carbon Project found in December that while coal-burning has largely plateaued, the rise of oil and natural gas is pushing the planet further away from its climate goals.

How can technology help governments get there? Here are four innovations that energy experts told us hold promise for slowing the march of climate change.

What may be the biggest innovation to combat climate change has been around for decades.

Solar panels and wind turbines turn sun and wind into electricity without releasing greenhouse gases. As the technologies have scaled up and converted energy more efficiently, they have come down in price to become cheaper than fossil fuels globally.

“Solar and wind being cheap and reliable and performing well opens up a lot of possibilities,” said Gregory Nemet, a professor at the University of Wisconsin-Madison who has written a book on how solar energy became cheap. “Even as we’ve had 30 years of politicians dithering and not as much progress as most people would have hoped, in the background, technology has been progressing.”

But generating clean energy is one thing — storing and distributing it is another. This is particularly important for renewables that cannot generate electricity without the sun shining or wind blowing.

Three things suggest innovation is overcoming these hurdles, said Nemet. “That’s renewables getting better, batteries allowing you to store electricity and then information in the system allowing you to manage it better.”

The Royal Swedish Academy of Sciences awarded three scientists a Nobel prize in October for their work in developing lithium-ion batteries, which they say have “revolutionized our lives since they first entered the market in 1991” — and continue to advance.

Lighter and smaller than earlier rechargeable batteries, lithium batteries can also be charged faster and more often. As their weight and price continue to fall, they are playing an increasingly pivotal role in decarbonizing the transport sector by making electric vehicles cheaper.

“Battery storage will be critical,” said Joao Gouveia, a senior fellow at Project Drawdown, a research organization that analyzes climate solutions. “It will allow the integration of more and more renewable tech. We cannot have 70 percent [of renewable energy by 2050] coming from wind and solar if we don’t apply battery storage systems.”

Holding batteries back are aging electricity grids and costs that, despite falling each year, remain high.

But electric vehicles could act as a storage system, said Gouveia, with owners buying electricity at night to charge their cars and selling it to the grid when demand is high and cars are parked, idle, during the day. “We are finding new lithium reserves because this is a tech for both markets, so we’re innovating more and more.”

While the global electric vehicle fleet has grown rapidly — passing 5 million cars in 2018, data from the International Energy Agency shows — this progress has been dwarfed by a rise in larger and less efficient SUVs that run on fossil fuels. Four in 10 new cars sold globally in 2018 were SUVs.

Another way to store renewable energy is using electrolyzers to extract hydrogen from water. The process, also known as power-to-X, is a way of storing energy in different forms. Engineers run an electric current through water and collect the hydrogen molecules that break off. These can be burned for heat, stored in fuel cells or turned into chemicals such as methane for processes that require fossil fuels.

“It’s a great way to decarbonize the heating, mobility and chemical sector,” said David Wortmann, a board member of Energy Watch Group, a German NGO. “It’s scaleable — the tech is all there. The industry is young, you have manufacturers out there to produce an electrolyzer. But the demand is not there yet, the regulations are not in place.”

Hydrogen could also help decarbonize a high-polluting sector that has mostly been overlooked: heavy industry.

Burning hydrogen from renewable energy sources could meet industrial heating needs cleanly, said Jeff Rissmann, head of modeling at Energy Innovation, a research firm. “Moving to hydrogen can have a huge impact across many sectors, and would be one of the biggest ways to decarbonize the global economy.”

Even under optimistic scenarios for reducing greenhouse gas emissions, scientists say we will not meet targets to limit global warming to 1.5 degrees Celsius without removing some of the CO2 we have already emitted. The IPCC projects between 100 billion and 1 trillion tons of CO2 would need to be removed this century.

Trees and plants that extract CO2 from the atmosphere and turn it into oxygen through photosynthesis are one way of doing this. But they take up large tracts of land — which is needed for other purposes such as growing food — and are not a secure way of storing carbon, because they may be felled for firewood or burned in forest fires.

Some companies are experimenting with capturing CO2 from power plants and storing it deep underground. By doing this with biomass plants — where recently-grown plant matter is burned and not ancient fossils — then power can be produced while reducing the amount of CO2 in the atmosphere.

But with just 19 facilities running such systems, its deployment is not happening quickly enough to meet emissions reductions targets, according to a report from the Global Carbon Capture and Storage Institute.