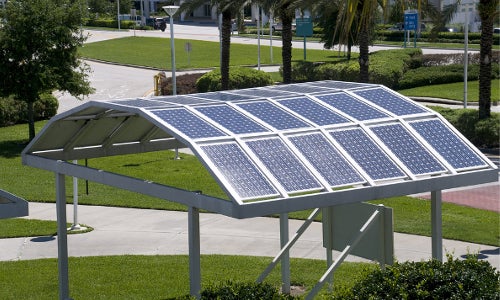 Tea Party members and environmentalists typically make strange bedfellows. But in Florida those groups are coming together over the idea that small-scale, distributed solar energy should be not only allowed but encouraged—and that big utility companies should not stand in their way. 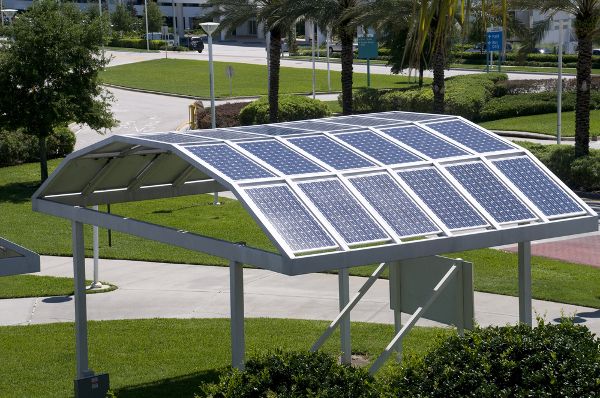 Florida liberals and conservatives agree that solar panel owners should be allowed to sell electricity without going through utility companies.

You might expect a group called Conservatives for Energy Freedom to be lobbying for the “freedom” of fossil fuel companies from regulations that prevent them from polluting, especially given the spate of anti-renewable legislation being pushed by rightwing lobby group the American Legislative Exchange Council (ALEC) and passed by Republican legislatures and governors in states like Ohio and Arizona. But you’d be wrong.

Instead, this group hopes to put on the 2016 ballot an amendment to the Florida constitution that would to allow businesses or property owners who generate solar energy to sell it directly to others. Currently under Florida law, only utility companies are allowed to sell electricity to consumers.

The chairman of Floridians for Solar Choice, the official political group for the ballot measure, is Tampa resident Tony Perfetti, the founder of Conservatives for Energy Freedom. In 2012, he unsuccessfully challenged a sitting legislator in the Republican primary, running to his right as a hardcore opponent of immigration. The ballot group’s treasurer is George Cavros, Florida energy policy attorney at the Southern Alliance for Clean Energy Action Fund, a group that works on issues relating to fighting climate change and the destruction of the environment. That group’s members most likely have few points of agreement with Perfetti or with the Republican Liberty Caucus of Tampa Bay, one of the groups supporting the solar initiative, on other policies.

And Tea Party support for what most would perceive as a liberal issue seems to be growing.

According to the Tampa Bay Times, “Perfetti is working with Georgia Tea Party leader Debbie Dooley, who has pledged to push for more solar in Florida. Dooley has successfully pressed other regulators and policymakers for more solar in neighboring Georgia. Dooley said the reason the solar efforts have been successful in Republican-dominated areas is that opening up the free market and giving people choice is a core conservative principle. ‘Conservatives will be out front on this to give Floridians choice and a voice,’ Dooley said. ‘All too often, the only voice that is heard is the voice of these very powerful and deep-pocketed monopoly utilities.”

The measure was approved for petition circulation just before Christmas. Proponents must now collect 683,149 signatures by Feb. 1, 2016 in order to place it on the ballot.  They plan to hold a press conference next week to launch their full-scale signature collection effort.

Florida utilities have been fighting the growth of rooftop solar, claiming it shifts the cost of maintaining the electric grid and power plants to fewer and poorer customers. In November, the state’s regulatory Public Service Commission, under pressure from big utility companies, voted to end solar rebates at the end of 2015 and to gut its energy efficiency goals.

But it’s all for the good of the consumer, say the utilities. Tampa Electric spokeswoman Cherie Jacobs told the Tampa Bay Times, “We will evaluate the proposal and support the ones that are fair and beneficial to all customers.” It added, “Duke Energy Florida also said it wants to ensure any proposal benefits all customers.”