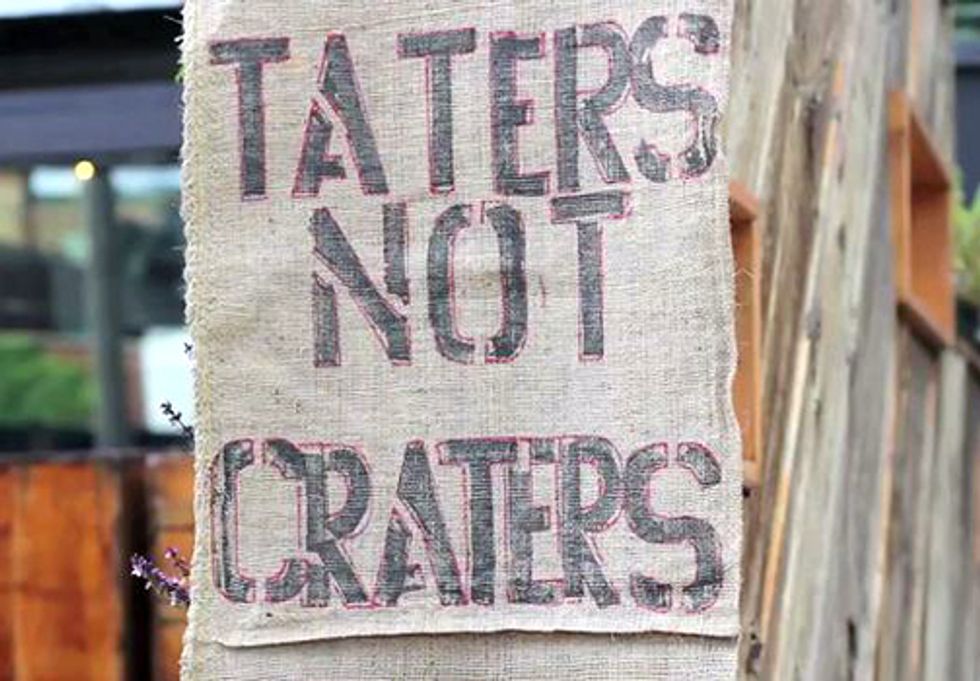 A billion tons of limestone lie beneath the rural countryside in Melancthon Township, 100 kilometres north of Toronto. A plan to remove it spotlights the challenges faced everywhere when the desire to protect valuable and ever-diminishing farmland clashes with efforts to push industrial development.

The Highland Companies, backed by a $25-billion Boston hedge fund, hopes to blast a big hole in this fertile land to get at a deposit of 400-million-year-old sedimentary rock. The pit would cover more than 930 hectares and be almost 20 stories deep—the second-largest quarry operation in North America, and the largest in Canadian history.

According to the company’s proposal, moving this much rock will require 20,000 kilograms of explosives a day for the next few decades, and hundreds of trucks and heavy machines. The proposed quarry would be 60 meters below the water table—vertically deeper than 50-meter-high Niagara Falls, and twice as wide.

For generations, local farmers have benefited from the area’s unique, 10,000-year-old soil, called “Honeywood silt loam.” This Class 1 agricultural soil—the rarest in Canada—is not too sticky or sandy, holds moisture, drains well and is free of rocks. It’s perfect for potatoes. Area farms now harvest more than 450,000 kilograms of spuds each year, including about half the fresh potatoes consumed in the Greater Toronto Area.

If the company only intended to remove the limestone and then allow the pit to fill with water, it would be similar to quarries across Canada, including more than 2,000 in Ontario. However, the Highland plan is far more ambitious. Beyond clearing the land and digging under the water table, the company wants to set aside the prized agricultural soil and then put it back at the bottom of the pit once the rock is removed. That way, farming can continue sometime in the future. Problem solved!

But cultivating crops at the bottom of a pit 60 meters below the water table is not easy. It would require about 600-million liters of water to be pumped out every day, 24 hours a day, seven days a week—forever.

The company claims its proposal to recover agricultural opportunities is proof of noble intent and sustainable ambitions. Critics argue the plan is unrealistic. Forever is a long commitment, especially for a company backed by a foreign hedge fund.

The prospect of this engineered waterfall in reverse is particularly troubling, as Melancthon is at the headwaters of five major rivers—watersheds whose groundwater provides drinking water for up to one million Ontarians living downstream.

Fortunately, the movement to stop the quarry has grown from gatherings in church basements to a broad community of support spanning small, well-organized local groups like the North Dufferin Agricultural and Community Taskforce to respected national organizations like the Council of Canadians.

More than 130,000 people have signed a petition demanding the project be rejected, and at least 5,000 formal complaints have been submitted to the provincial government. Last fall, 28,000 people and dozens of chefs, musicians and artists showed their support by attending Foodstock, a public protest event held at several farms adjacent to the proposed quarry site.

The Ontario government reacted by ordering an environmental assessment—the first ever for a quarry in Ontario.

Despite the considerable odds facing citizens trying to stop the mega-quarry, the movement to protect the Melancthon region’s prized farmland and precious headwaters continues to grow. Those efforts include Soupstock on Oct. 21, hosted by the Canadian Chefs’ Congress and David Suzuki Foundation in Toronto’s Woodbine Park. The day-long culinary celebration, with more than 180 of Canada’s top chefs joining local farmers and producers to concoct original soup creations for tens of thousands of foodies and supporters, shows that protest movements can be celebratory and fun.

Feasting together is an ancient way of affirming group identity and acknowledging that our lives come, literally, from the soil. With valuable farmland and the food it produces facing threats ranging from residential and industrial development to floods and droughts related to climate change, we must take every opportunity to celebrate and protect what we have. I encourage you to explore the farms and fields near your community, and connect with the land that feeds us.