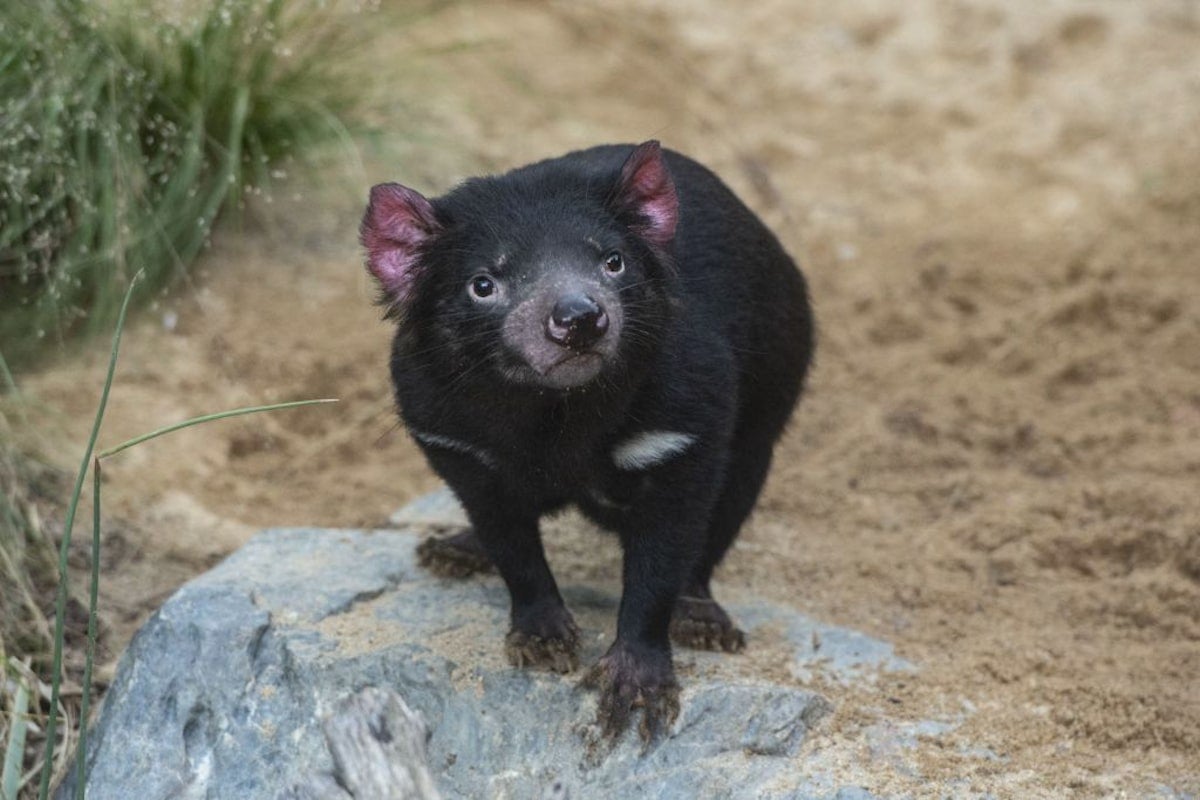 The critically endangered Tasmanian devil at the zoo in Prague on Sept. 16, 2021. Photo credit: Michal Cizek / AFP via Getty Images

Scavengers from wolverines to hyenas are famous for eating whatever is available.

But research published in Ecology and Evolution January 11 reveals an animal that breaks this mold: the Tasmanian devil.

“It’s a scavenger’s job to just be a generalist and take whatever it can find,” University of New South Wales (UNSW) professor and study co-author Tracey Rogers said in a press release. “But we’ve found that most Tasmanian devils are actually picky and selective eaters – they’ve broken the laws of scavenging.”

Scavengers typically have generalist diets because they often compete with other animals for food sources that are inherently spotty and unsafe, the study authors noted. However, an individual scavenger might still choose to specialize. The researchers decided to test for this using Tasmanian devils, which are one of the few mammal species that have developed specific adaptations for scavenging such as a low rate of basal metabolism and a movement pattern that conserves energy.

To ascertain the scavengers’ eating habits, the researchers trapped a total of 71 Tasmanian devils in seven study sights in northwestern Tasmania between August 1 and October 4 of 2018. They then used the devils’ whiskers to discover their diets, the press release explained.

When a Tasmanian devil eats a certain food, that food leaves a chemical imprint known as a stable isotope on its whisker. The scientists were able to use these imprints to discover the devils’ diets, and what they found was surprising. Each devil tended to return to certain preferred foods such as wallabies or possums. Only one in 10 of the mammals had a more generalist diet.

“We were surprised the devils didn’t want to all eat the same thing,” lead author and UNSW Ph.D. student Anna Lewis said in the press release. “Most of them just decided, ‘No, this is my favourite food’.”

Further, they discovered that the larger a devil was, the pickier its habits tended to be.

The researchers think that Tasmanian devils are able to be picky because they don’t face any competition from either apex predators or other scavengers.

“If you’re a scavenger in Africa, then you’re competing with all these other predators for food,” Rogers said in the press release. “But in Tasmania, there aren’t other predators around or competition for carcasses. Their main competition is just with each other.”

This lack of competition doesn’t mean that the Tasmanian devils don’t face threats, however. They are considered Endangered according to the International Union for Conservation of Nature (IUCN) Red List.

The biggest threat to the species is the Devil Facial Tumour Disease, a deadly and contagious cancer, International Business Times reported. They are also killed by humans, either directly, by dogs or in vehicle accidents, according to the IUCN.

Learning more about their diets has conservation implications, because it would ensure they are better fed in captivity, International Business Times reported.

“At the moment, there’s a long list of foods that devils can eat, but it’s not specific in how often they eat all those foods or whether most only focus on a few different food types,” Lewis said in the press release.

The researchers’ next step will be to try and determine why the devils have the food preferences thay do.