Tar Sands Pipelines Are Even Worse than You Think 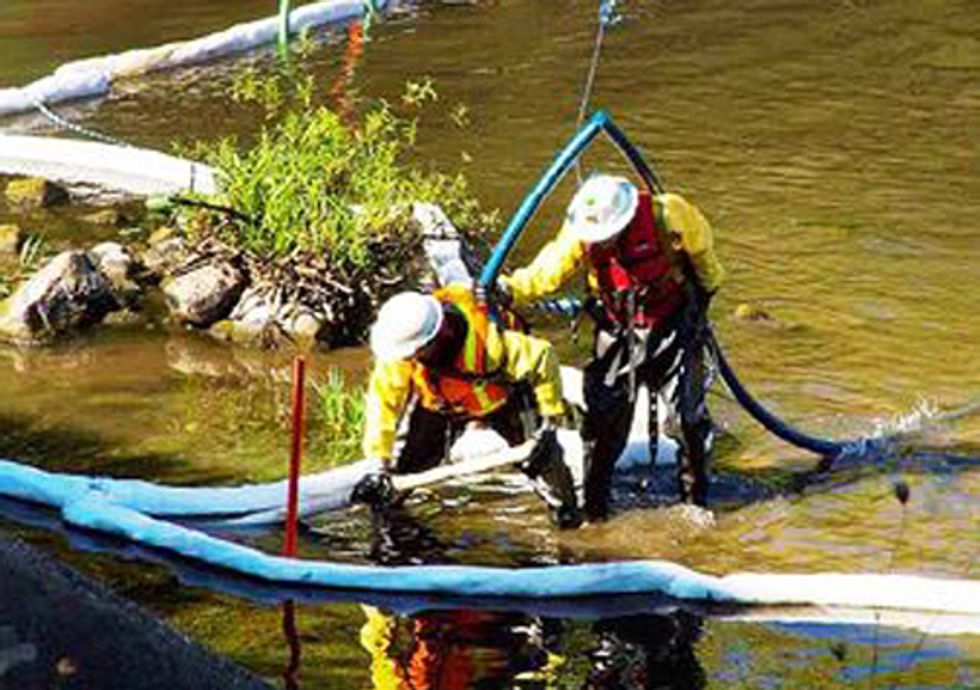 The irony is sharp enough to hurt. Americans are driving less and using less gas when we do drive. U.S. carbon pollution is down. Just about every car dealership in America is offering affordable, practical high gas mileage or zero gas mileage cars. Automakers are making them and the sales numbers show that Americans are buying them. Meanwhile, the Obama administration and automakers are poised to do even better with new standards that will double mileage again and slash pollution from our cars and trucks.

America is on the road to moving beyond oil, but the oil industry hasn't gotten the message, and there's no better evidence than its obsession with tar sands.

We don't need tar-sands oil from Canada, yet Big Oil is determined to force it down our throats anyway—or at least force us to let them pipe through our nation so they can export it abroad. And now we've got some pretty shocking evidence of just how high a price we could end up paying for their greed.

In 2010, more than 30 miles of the Kalamazoo River was transformed into an environmental disaster zone by a cracked tar sands pipeline and a tar sands pipeline company that neglected to turn off its pumps. Since then, a monumental $700 million cleanup effort has removed more than a million gallons of tar sands crude, along with 17 million gallons of polluted water, and 190,000 cubic yards of contaminated soil and debris. Last week, after two years, the U.S. Environmental Protection Agency (EPA) officially reopened the affected section of the river.

Now, though, a just-released in-depth report from Inside Climate News today shows that this massive cleanup effort was in fact a debacle—a failure that reinforces the reputation of tar sands as the dirtiest oil on earth, exposes the weakness of regulatory oversight, and casts an ominous shadow across the thousands of rivers and streams that millions of Americans who live downstream of proposed tar sands pipelines depend on.

Tar sand spills prove even more toxic and difficult to clean up than typical oil spills. That's because the heavy mixture of oil sand sinks in water, which means that tactics like skimming the surface can't be used. Instead, remediators must try to recover the oil from the bottoms of rivers, reservoirs, or wherever it has spilled—a far more difficult task. Tar sands already contain high concentrations of heavy metals, and chemical diluents mixed in for transport are also known to be carcinogenic. EPA lab tests following a December 2011 oil leak in Colorado found concentrations of cancer-causing benzene as high as 2,000 parts per billion in the creek where the leak occurred—well above the 5 ppb national drinking water standard.

This would be bad enough if such spills were rare occurrences—but they're not. In the past two months alone, three separate tar sands pipelines have reported spills in Canada. Enbridge Inc., whose pipe leaked into the Kalamazoo, reported a spill of 1,450 barrels of oil-sand crude in eastern Alberta just last week, while two other companies cited spills of 3,000 and 5,000 barrels respectively, the former into a reservoir used by a nearby small town.

Why are tar sands pipes so accident prone? To pass through the pipelines, tar sands must be brought to extreme temperatures and pressures. Add sand and powerful chemicals to this equation, and you've got a formula for corroding and rupturing steel pipes, leading to breaches that spill toxic goo into aquifers and rivers.

That would be bad enough if oil companies did a good job of maintaining and monitoring these pipeline systems—but they do not. All of the most significant spills over the last two years were discovered not by the oil companies, but by ordinary citizens. The new report documents how prior to the Michigan spill, Enbridge conducted an "integrity management assessment" with an ultrasonic in-line inspection device. The disastrous spill happened anyway. The same is true of other companies whose pipelines ruptured.

Given the environmental and health consequences of the Enbridge spill, as well as the millions of dollars still being spent to clean it up, Michigan Representative Fred Upton's position on the subject is puzzling at best. After the Kalamazoo spill occurred in his district, he did cosponsor a bill that would hold companies accountable for reporting incidents. But since then, he's come out in support of rebuilding the Enbridge pipeline and constructing even more pipelines, including Keystone XL. Given the inevitability of more spills, Upton is apparently willing to put the health and home of his constituents at risk, for dubious benefits. In a recent interview, Upton claims his constituents will be protected from gasoline price spikes "with the expansion and rebuilding to a number of refineries here." It seems he's forgotten that the Keystone XL pipeline will transport tar sands crude to refineries in Texas for export overseas, making it unlikely that anyone in his district will benefit.

Frequent tar sands spills and their devastating effects in places like Michigan make it clear that by continuing to develop tar sands we're not taking a risk that we will poison our water and land—we're ensuring it. And all for oil that we don't really need.