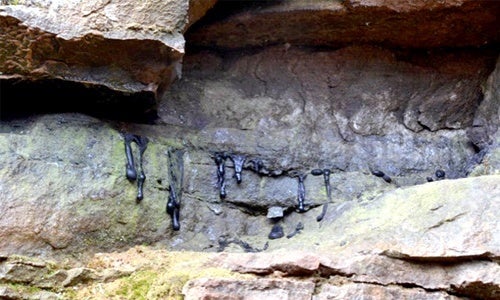 The Alabama Oil & Gas Board has been authorized by the state legislature to create regulations to allow for the strip mining of tar sands in North Alabama. The agency has stated that they will release a draft of these proposed regulations soon, along with a public notice and opportunity for a public hearing to comment on the rules. 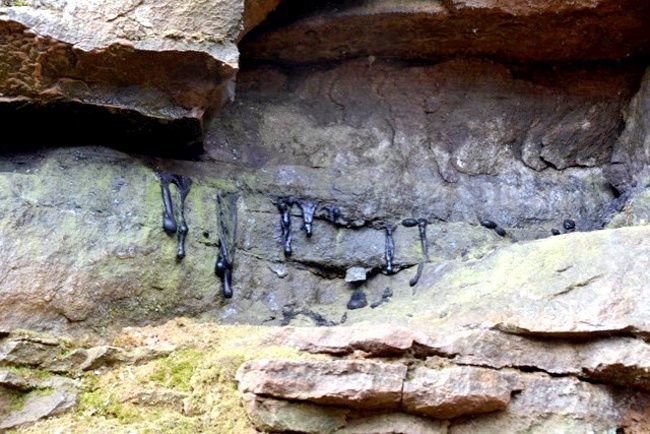 A close-up of a Hartselle outcrop with bitumen seeping along a bedding plane. Photo credit: Alabama Cooperative Extension System

Tennessee Riverkeeper expects that the Oil & Gas Board will conduct at least one public hearing to solicit comments from concerned citizens and stakeholders, before it issues a final draft of the proposed regulations. These rules will then be published in the Alabama Administrative Monthly, with a 35-day comment period prior to official adoption.

No oil sands mining can be conducted in Alabama until The Alabama Oil & Gas Board establishes regulations. However, one local mineral exploration company has already purchased several thousand acres of pristine land in the Tennessee River Valley of northwest Alabama with the anticipation of commencing the mining operation once the necessary operational permits have been issued by the Oil & Gas Board. Companies, including MS Industries and Archer Petroleum, have plans to strip mine large areas of Northwest Alabama near the Tennessee River.

Bituminous sands, or tar sands, or oil sands, are a type of unconventional petroleum deposit, that have only recently been considered to be a part of the world’s oil reserves. Tar sands extraction negatively affects the land, air, and water in communities near these mines. The mining of oil sands can release a grim litany of heavy metals including: arsenic, cadmium, chromium, lead, and mercury. The mining of oil sands can also release petroleum-based volatile organic compounds such as: benzene, toluene, ethylbenzene, and xylenes into local groundwater and surface streams.

The oil sands deposit in north Alabama is located in the local Hartselle Sandstone and would require extensive mining in order to become available for commercial use. The Hartselle Sandstone was formed beneath a shallow seabed, approximately 325 million years ago during the Mississippian Period. Additionally, the crushed rock that contains the oil sands would require transportation to a processing factory, where the bitumen oil would be separated from the rock through a chemically intensive practice.

According to experts: “Core samples from this region have shown that the bitumen accounts for between 3 percent and 10 percent of the weight of this rock. Thus the separation process will result in a large amount of material having no value as a petroleum resource.”

A coalition of organizations and citizens, including Tennessee Riverkeeper, Alabama Rivers Alliance and the Shoals Environmental Association, are concerned about contamination of nearby tributaries and aquifers of the Tennessee River that would occur when oil sands mining begins.