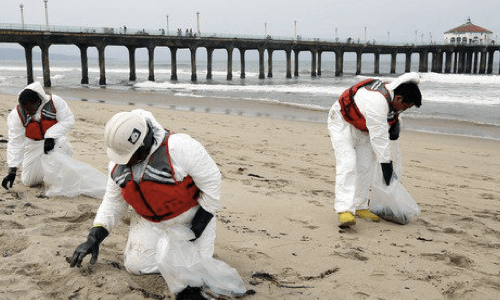 Mysterious clumps of tar washed ashore in California’s South Bay Wednesday, forcing the area’s beaches to close for swimming. The U.S. Coast Guard as well as state officials are now trying to pinpoint where the substance originated, and have not ruled out the devastating oil spill in Santa Barbara last week.

Seven miles of Southern California’s most popular beaches, from El Segundo to the Torrance-Redondo Beach, were left sticky with the globs of oil that ranged from the size of baseballs to footballs, according to the Los Angeles Times.

Investigators told the publication that the tar has moderate hazardous characteristics and is slightly flammable, and has tested positive for low amounts of volatile organic compounds.

Workers have since cleaned the area and officials said Thursday that clean-up efforts were successful. “There appears to be no new tar balls or anything additional to the amount that we have recovered thus far,” U.S. Coast Guard Capt. Charlene Downey said. 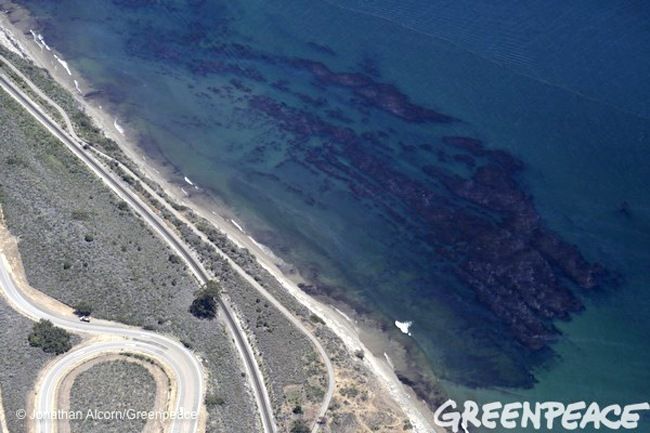 It is currently unclear if the tar balls are directly linked to the tragic 105,000-gallon oil spill on Santa Barbara County that caused California Gov. Jerry Brown to declare a state of emergency.

According to the LA Times, the National Oceanic and Atmospheric Administration is studying if it’s possible for the substance to travel south from Santa Barbara.

“We have not ruled anything out,” Downey said.