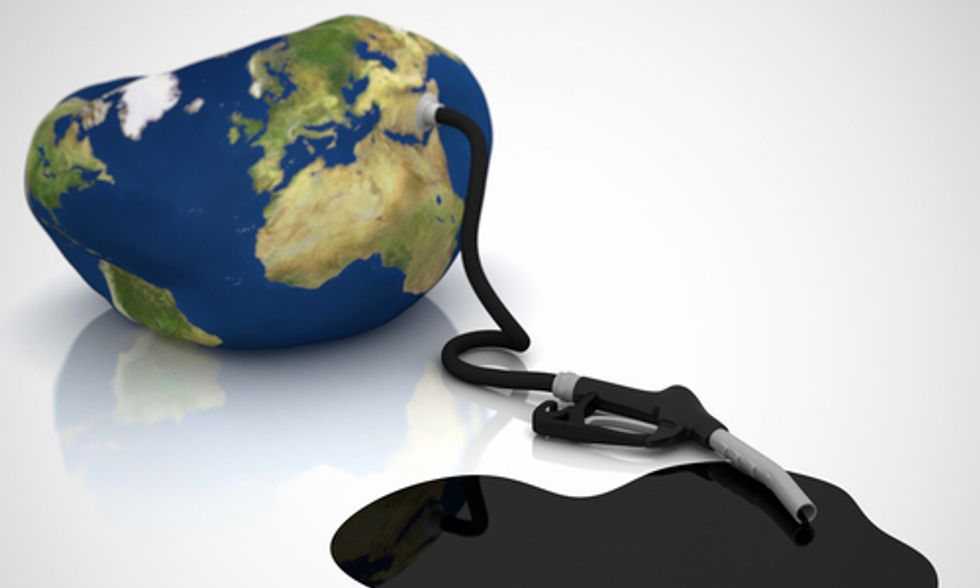 If you're reading this article, there is a good chance you've already taken steps to stop climate disruption. You probably ditched incandescent lightbulbs years ago. You may drive a hybrid or (even better) an EV. Some of you have installed solar panels on your homes. And a whole lot of you frequently fire off messages to elected representatives to let them know where you stand on fossil fuels.

But there's more you can do to help the cause—two simple, related actions that President Barack Obama summed up succinctly during his climate speech last summer: "Invest. Divest."

It's potent advice, because the central challenge to achieving a fossil fuel-free economy is more financial than technological. We know how to make electricity from renewable sources, and there's enough untapped clean energy out there to power the global economy several times over. Unfortunately, our energy infrastructure and the institutions that finance it are stuck in a fossil fuel mind-set.

It's time to tap the power of the purse. The first step is to shift long-term investments away from the corporations that are doing the most damage to air, water and the climate. Private investors and anyone with ties to institutional investors can learn how to get fossil fuels out of their portfolios at gofossilfree.org.

If environmental concerns aren't reason enough to divest from the dirty energy sector, do it out of selfishness, because companies that depend on their fossil fuel reserves for future earnings are simply a bad investment these days.

Here's why: To avoid a full-blown climate catastrophe, humans must leave at least two-thirds of those untapped reserves in the ground. This "carbon bubble”—the overvaluation of fossil fuel companies based on reserves that must never be exploited and that organizations like the Sierra Club are tirelessly fighting to keep in the ground—explains why the divestment movement is spreading to foundations, pension funds and municipalities. And even analysts who don't mind profiting from pollution know that, sooner or later, all bubbles must burst. In addition to calling your stockbroker, you should look closely at your savings account, because there's a good chance it's being used to level Appalachia.

A report by the Sierra Club, Rainforest Action Network and BankTrack found that U.S. banks (including such behemoths as Chase and Bank of America) provided $20.8 billion in financing to "the worst of the worst" players in the coal industry in 2012. The good news: Thanks to online banking, it's simple to move your money to a credit union or a responsible institution like New Resource Bank. And credit card companies like One PacificCoast Bank (a Sierra Club partner) make it even easier to align your financial choices with your clean energy values.

Getting our money out of fossil fuels is only the beginning, however, because we also need to invest in clean energy. Traditionally, this has been done by buying green-tech mutual funds (which were up by 37 percent last year). Internet options like crowdfunding make it possible to target your investments even more precisely and to participate in projects once available only to large financial institutions. Last year, I used a company called Mosaic to invest a modest amount in a new community solar project in Oakland, CA. The return from my stake has been slightly better than the average interest from a corporate bond. But the important thing here is the cumulative impact of small investors like me. Since launching in 2010, Mosaic has channeled more than $6 million to clean energy projects with a current generating capacity of 17 megawatts.

Innovation is a powerful force, whether it's technological or financial, and our inevitable transition to clean energy is accelerating because of it.