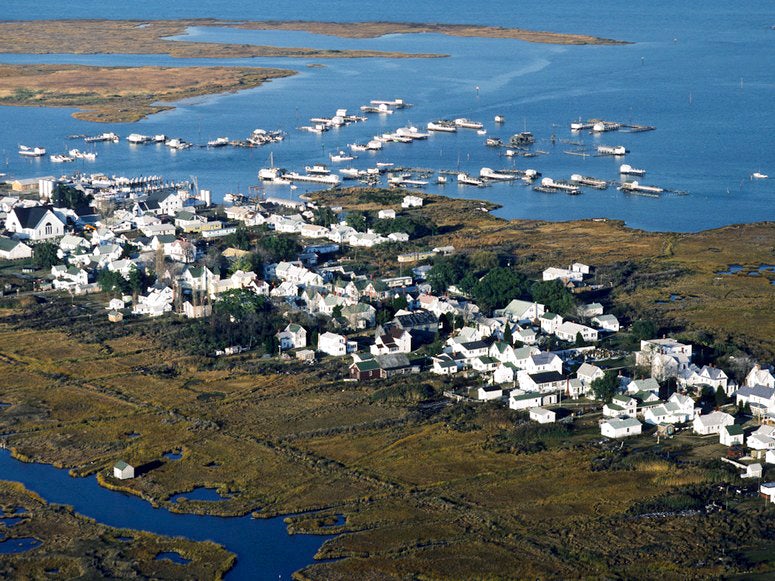 President Trump told the mayor of a small island experiencing rapid coastline loss to “not worry” about sea level rise.

According to local outlet Delmarva Now, Trump placed the call to Tangier Island Mayor James “Ooker” Eskridge after seeing a CNN report on the endangered island, which overwhelmingly voted for him.

Tangier Island is losing around 15 feet of coastline per year, and the New York Times reported last year that experts estimate residents may only have 50 years left on the island before having to relocate.

Here’s an excerpt from the Times report:

There will be dozens of Miamis and thousands of Tangiers. “The Outer Banks, the Delmarva Peninsula, Long Island, the Jersey Shore—they’re in the same boat,” David Schulte, a marine biologist with the United States Army Corps of Engineers, said. “It’s going to just take a little longer for them to get to where Tangier is now.”

An excruciating question is how we will decide which coastal communities to rescue and which to relinquish to the sea. But a number of other difficulties attend those decisions. How do we re-engineer the land, roads and neighborhoods of the places deemed worthy of salvation? How do we relocate residents whose homes can’t (or won’t) be saved? Also, there’s the money problem.

A recent study, commissioned by the Risky Business Project, an initiative led by Henry Paulson, Michael Bloomberg and the hedge-fund billionaire and philanthropist Tom Steyer, concluded that as much as a half-trillion dollars’ worth of coastal property in the United States could be under water by the end of the century. And that figure doesn’t include the cost of further encroachments by flooding.

As Skip Stiles, the head of Wetlands Watch, a Virginia nonprofit that focuses on coastal preservation and sea-level rise, puts it, “Is there even enough money in the world to buy out—to make whole—everybody’s investment that’s going to get soggy?”