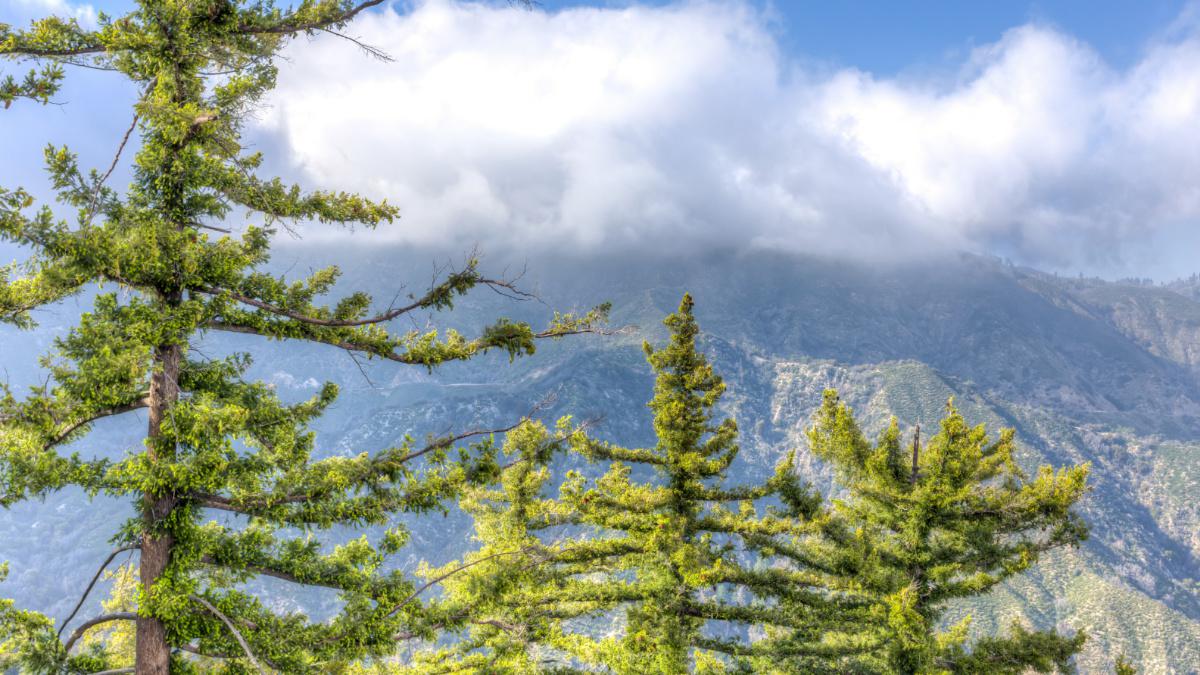 Three of the world’s largest sugar pine trees have been discovered in California’s Sierra Nevada mountains.

More specifically, the trees clock in as the planet’s second, third and sixth largest known sugar pines. Michael Taylor, a professional tree hunter who has been seeking large trees for more than 30 years, found the green giants in October 2020.

“I want to document these trees before they’re all gone,” Taylor told The Sugar Pine Foundation (SPF).

Taylor recorded the second and third largest sugar pines in Tahoe National Forest west of Lake Tahoe, The Associated Press reported. The two trees are slightly shorter than the length of a football field. The largest of the two stretches 267 feet and six inches tall and is appropriately dubbed “Redonkulous.” Its diameter at 4.5 feet from the ground — known as its diameter breast height — is 10.5 feet. The second tallest of the two, and the third tallest known sugar pine, is 267 feet and 1.8 inches.

The third pine is located in Stanislaus National Forest, near Yosemite National Park. As the world’s sixth-largest sugar pine, it rises 253 feet and two inches above the ground.

Sugar pines are the world’s largest species of pine tree, the SPF explained. They are native to the mountains of California and Oregon, according to the U.S. Department of Agriculture (USDA). They can live up to 500 years and are second only to giant sequoias in total volume.

The tallest known sugar pine in the world measures 273.74 feet, according to the SPF. Taylor also discovered that giant, named “Tioga Tower,” in Yosemite National Park in 2015.

Taylor has been tree hunting since the 1990s. He started searching as a hobby, but switched to full time in 2019. Taylor uses a special method to track down mammoth trees, he explained to the Tahoe Daily Tribune.

First, he accesses Light Detection and Ranging (LiDAR) data from NOAA, NASA and the U.S. Geological Survey. LiDAR uses light in the form of pulsed lasers to measure distance from the Earth.

Taylor uses the LiDAR data to determine where tall trees may reside, overlays it on Google Maps and then visits the sites with partner Duncan Kennedy.

Kennedy, who studies environmental studies at the University of Nevada, Reno, has been helping Taylor since the age of 13. He described the moment of finding record-setting trees.

“On one hand, there’s a definite sense of accomplishment there. You’ve found a tree that probably hasn’t been seen by human eyes in a very, very, very long time, if ever,” Kennedy told the Tahoe Daily Tribune. “But on the other hand, you’re just still humbled by how big that tree is, how long you can feel it’s been there, how it’s been there through storms and fires and generations upon generations.”

“Given that we know the climate is changing, what can we learn from these trees that have been around for literally hundreds of years, about previous such shifts in the air temperature or the water cycle, or any other information we need to know?” Kennedy offered as an example.

However, sugar pines are vulnerable to the twin scourges of mountain pine beetle and white pine blister rust, the USDA said. The SPF works to find trees resistant to blister rust and send their cones to the U.S. Forest Service for study. The foundation has partnered with Taylor for years, and explained how finding the species’ tallest trees helps to protect the rest.

“Finding the tallest, longest-lived specimens helps us understand what types of environmental conditions may favor optimal growth and longevity,” SPF Program Manager Tressa Gibbard told the Tahoe Daily Tribune. “Just as we take interest in how octogenarians have thrived and what type of diet and lifestyle they have led to yield such robust health and longevity in our fellow humans, foresters and conservationists want to know what conditions produce the healthiest, most robust trees and ecosystems.”

Correction: A previous version of this article referred to a tree’s diameter taken 4.5 feet from the ground as diameter breadth height. The correct term is diameter breast height.