5 Tips on How to Talk Climate Change This Holiday Season 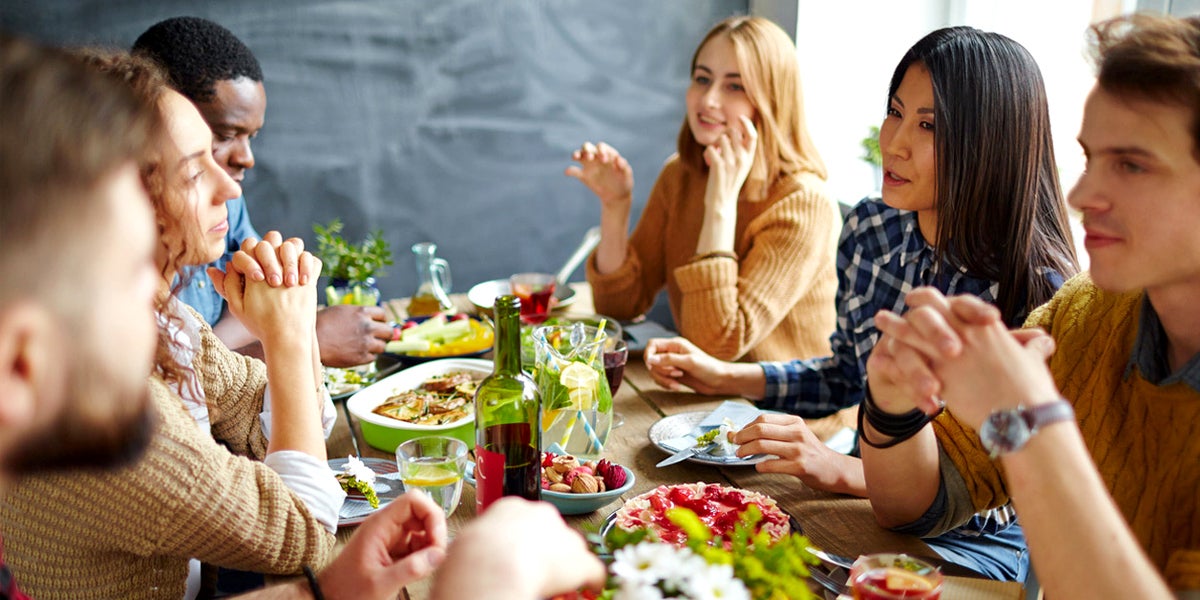 We’ve entered a new political era and emotions are raw—even over a scientifically settled topic such as climate change. Discussions that escalate into arguments can easily ruin a family holiday party or sour a dinner with friends.

That doesn’t mean sensitive topics or opposing views must be swept under the rug.

The trick is to use patience, tolerance, an optimistic tone—and last, but not least, a keen understanding of your audience—to nudge your climate-skeptic sister or father-in-law. You may find they’re suddenly open to your views.

Here are five tips to keep in mind as you get ready for the conversation:

If you begin a sentence with, “That’s really stupid,” the conversation might as well end there. Above all, show respect for the other person’s position. The goal is to build trust—not to prove a point.

2. Leave apocalypse to the movies.

Avoid drawing a picture of planetary catastrophe. You might suggest that combating climate change could lead to economic opportunities, job growth, greater social justice and improved public health. Climate change doesn’t have to be about how the world ends.

By expressing respect for people’s religious or political views you may be able to persuade them that curbing climate change isn’t at odds with their identity.

People of faith, for example, may respond to the fact that rising temperatures and stronger storms will threaten vulnerable groups around the world. They may also be interested to learn that religious leaders from every major creed, including the pope, have urged action on climate.

Those concerned about jobs may be interested in hearing how the U.S. is a leader in developing clean energy technologies, or that our homegrown solar energy industry is adding tens of thousands of jobs.

The U.S. military saying that climate change is a major threat to our national security, meanwhile, would interest people focused on that topic.

4. Tell your own stories.

Large data sets may be the best way to convince a scientist, but for the rest of us, shared personal experiences are the best persuaders.

Has the beach you’ve been visiting since childhood been eroding every year? Do you have a relative whose business out West is failing because of drought caused by climate change? Did your town unexpectedly flood?

Most of us have at least one of these stories. Share yours and ask your climate skeptic to think of changes to weather patterns or landscapes.

Ninety-seven percent of climate scientists unequivocally agree that climate change is happening now and that humans are the main cause. Like gravity, our warming climate is a scientific fact. Step off a cliff and you will go down, regardless of your belief.

Consensus on Consensus: 97% of the World's Scientists Say Humans Are Causing #ClimateChange https://t.co/4GybR0l6eR via @ecowatch

Having your facts straight is important, so do your homework and offer to get back to your father-in-law with more information if you can’t answer a question.

Before you know it, he may soon come your way on the need to curb greenhouse gas emissions and start a conversation of his own with an old climate-skeptic friend. It’s how we get the ball rolling.