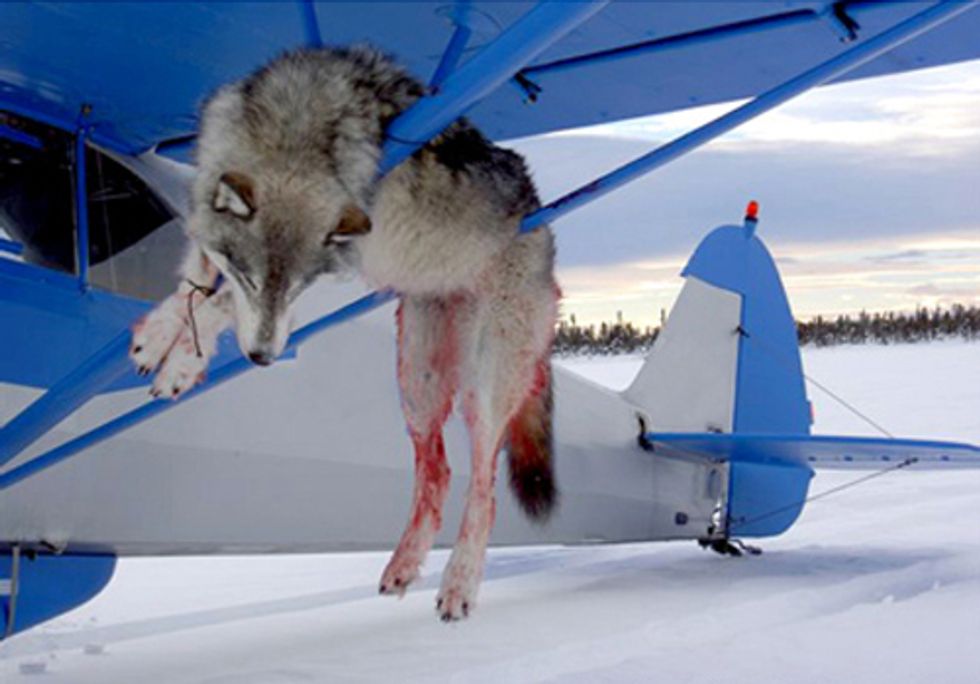 Right now, we need your help to end the brutal and unfounded aerial wolf killing programs that have already claimed the lives of more than 1,000 of these magnificent animals.

Take action now to help save these wolves. Sign our petition to urge the Obama administration to put an end to unscientific and brutal aerial wolf-killing in Alaska.

Easy targets against fallen snow, wolves are gunned down from airplanes or chased to exhaustion, then shot at point-blank range. State-licensed riflemen can target entire packs—even pregnant wolves.

Defenders of Wildlife has long led the fight to rein in out-of-control aerial wolf killing and promote sound management of wolves in Alaska. We were able to stop this terrible practice twice, only to see it started up again after two years. But, with the anti-wolf Bush/Cheney administration now gone from the White House, we have renewed hope that we can end these awful programs once and for all.

Urge the Obama administration to enforce the Federal Airborne Hunting Act, the federal law that could end Alaska's brutal and unscientific wolf-killing programs.

In fact, in 2008 then-Gov. Sarah Palin and the state legislature approved spending $400,000 in taxpayer funds to promote the slaughter from the skies and defeat a citizen’s initiative to limit aerial gunning. To encourage the killing, Gov. Palin even proposed a $150 bounty for the left foreleg of each dead wolf—a grisly proposal that Defenders of Wildlife was successful at stopping.

Even with Palin gone, her hand-picked Board of Game is continuing her killing policies.

Our wolves are a crucial part of the natural heritage that we’ll leave our children and grandchildren, and we have a real chance to end this terrible practice—and prevent other states from following Alaska's shameful lead.