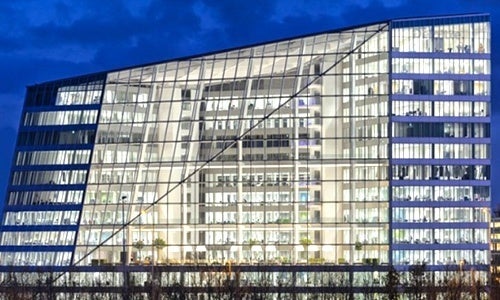 Did you know that commercial buildings are responsible for the largest slice of carbon emissions for most metropolitan areas? For instance, New York City’s commercial buildings are responsible for 80 percent of the city’s carbon emissions. However, many forward-thinking cities are stepping up their sustainability efforts, and now Amsterdam can claim to have the world’s most sustainable office building. 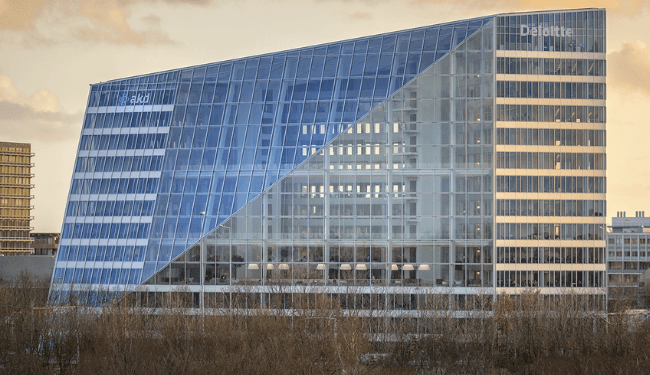 This 430,000 square foot office building was given an “Outstanding” rating and the highest score ever (98.36 percent) recorded by global sustainable buildings assessor Building Research Establishment. Photo Credit: The Edge

The impressive building, designed by PLP Architecture and developed by OVG Real Estate, was given an “Outstanding” rating and the highest score ever (98.36 percent) recorded by global sustainable buildings assessor Building Research Establishment.

The office space is now the shared home of the Amsterdam headquarters for the international financial consulting company Deloitte and law and notary firm AKD.

Most impressively, the Edge is energy neutral thanks to solar panels on the roof and on every surface of the southern façade of the building not occupied by windows. 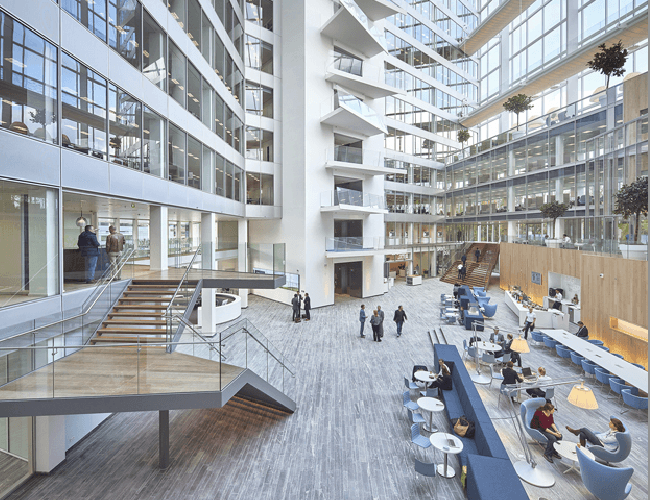 The sun-drenched atrium is bathed in natural light from the numerous windows. Photo Credit: The Edge

According to Gizmag, the building has partnered with the University of Amsterdam and the Amsterdam University of Applied Sciences to install an additional 44,100 square feet of solar panels to meet power needs.

The solar panels generate enough juice for office equipment, smart phones, electric cars, as well as an Aquifer Thermal Energy Storage installed 130 meters below ground that provides heating and cooling for the building.

The building conserves energy in multiple ways. According to the Edge’s website, it has Philips’ Ethernet-powered LED connected lighting, which allows employees to regulate the climate and light over their individual workspaces via a smartphone app. LEDs not only save money on energy costs, it also provides real-time data on how efficiently the building is running. 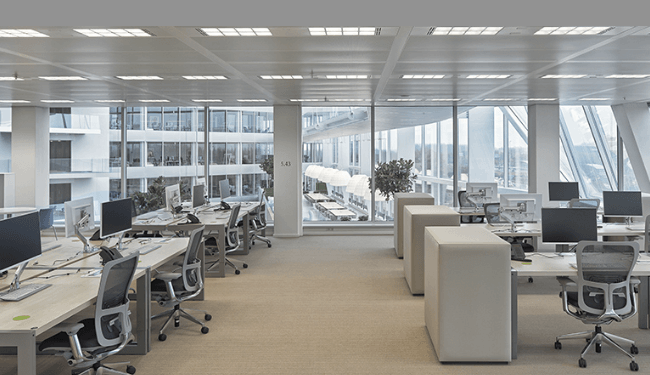 Workers in the building can control the temperature and lighting from their smartphones, which helps conserve energy. Photo Credit: The Edge

Even rainwater is put to use. Rain is collected to flush toilets and to irrigate the garden areas surrounding the building.

And since the building is located in the bike-centric city of Amsterdam, there are 500 bicycle parking spaces on site as well as convenient access to bike paths and public transportation.

“We are passionate about sustainable real estate development and the role it can play in creating improved living and working environments,” said Coen van Oostrom, founder and CEO of OVG. “We want to encourage others who share our entrepreneurial mindset to join our mission to effect positive social, economic and environmental change in major cities worldwide.” 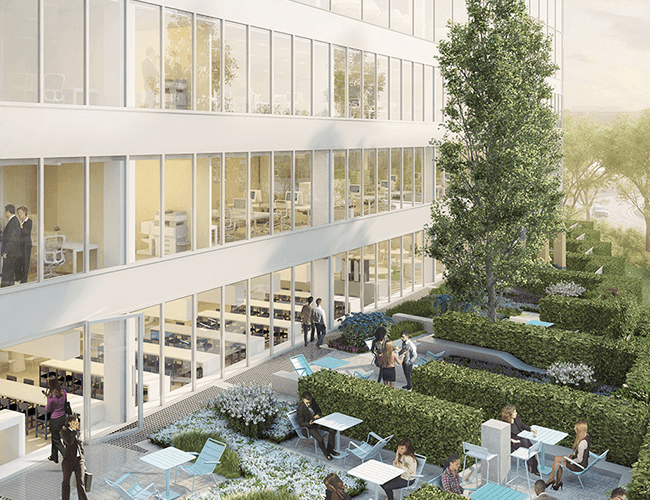 Check out the video below to learn more about the building.

This Self-Sustaining Island Paradise Is Something to See