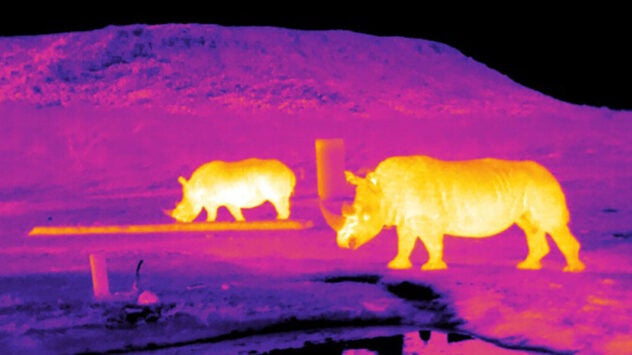 To Save Endangered Species, Scientists Point Stargazing Software Back to Earth

Attendees at the European Week of Astronomy and Space Science (EWASS), hosted in Liverpool, UK from April 3 to 6, had the chance to hear a surprising presentation. Dr. Claire Burke, an astrophysicist at Liverpool John Moores University (LJMU), explained how software used to identify galaxies is being used closer to Earth—to resolve problems involved […] 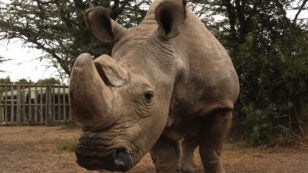 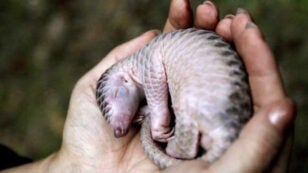 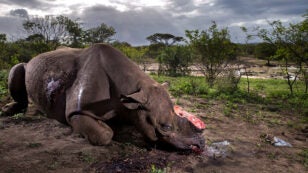 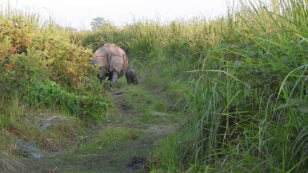 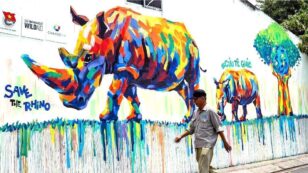 By Michael Tatarski Throughout the month of March, a unique graffiti campaign popped up on the walls of several streets in downtown Ho Chi Minh City, the hyperactive commercial capital of Vietnam. The works differed from the usual tags and designs that adorn urban areas around the world. The graffiti pieces, 17 in all, carry […] 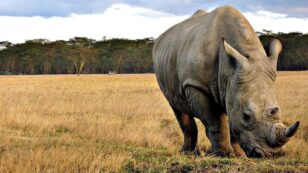 As a result of South Africa’s highest court rejecting a bid by the government to keep a ban on the sale of rhinoceros horn, it will soon be legal to buy and sell the land mammals’ horns in the country. This news comes just weeks after poachers broke into a rhino orphanage in South Africa, […] 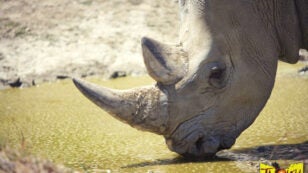 A young white rhino was killed after being shot in the head three times by poachers who broke into the Thoiry Zoo in Paris Monday night. Poachers de-horned the 4-year-old rhino, named Vince, and left alive two other white rhinos, 37-year-old Gracie and 5-year-old Bruno. They left part of Vince’s second horn, leading local police […] 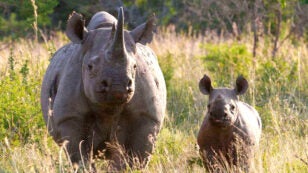 South African rhino poaching numbers for the last year show a decline for the second consecutive year due to concerted conservation efforts. However, there is still a long road ahead as Africa continues to lose an average of three rhinos a day to the ongoing poaching crisis. In 2016 alone, 1,054 rhinos were reported killed […] 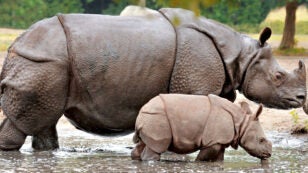 With legal immunity, Rangers at Kaziranga National Park (Kaziranga) in Assam, India can shoot poachers to protect the Indian one-horned rhinoceros. While the number of rhinoceroses killed has now dropped, the human shooting policy—started in 2013— remains controversial. Local villagers and tribal peoples’ rights organizations, including London-based Survival International, feel the poacher-killing program is out […]