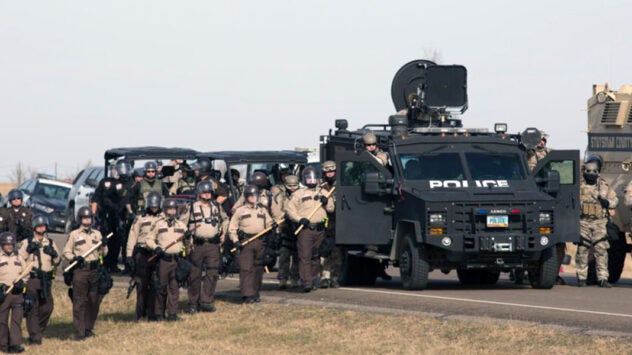 The 2,000 water protectors who have gathered to oppose the pipeline’s construction were met today by the Morton County Sheriff Department, who removed people and their camping gear. Heavily armed authorities pushed through a supply area for the Water Protectors blockade Thursday. The public witnessed a new level of escalation that day in the Native […] 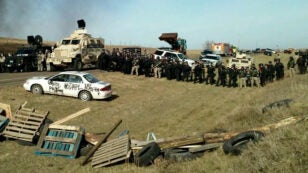 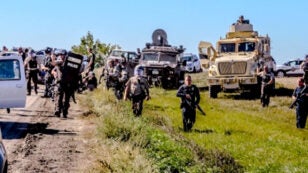 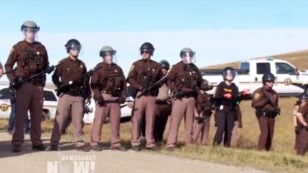 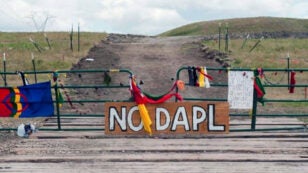 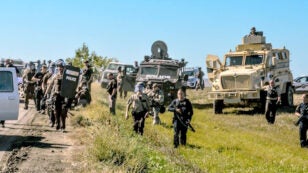 The Morton County Sheriff’s Department, whose officers used mace and unleashed dogs on Dakota Access Pipeline protestors earlier this month, sent in armored vehicles and arrested 21 people Wednesday at two sites. But a video released by those at the Sacred Ground Camp shows unarmed protestors conducting a prayer ceremony involving the planting of willow […] 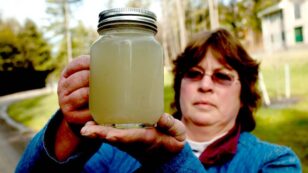