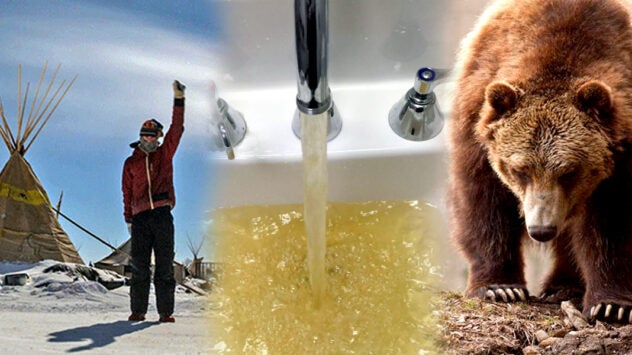 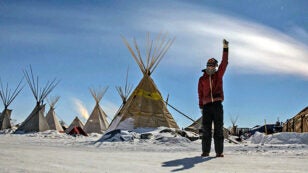 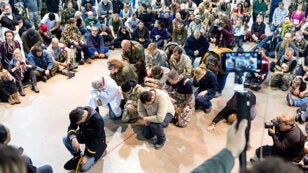 Veteran Wesley Clark Jr: Why I Knelt Before Standing Rock Elders and Asked for Forgiveness 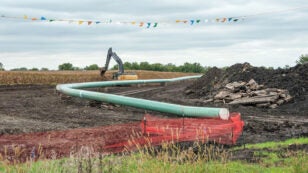 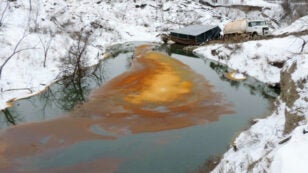 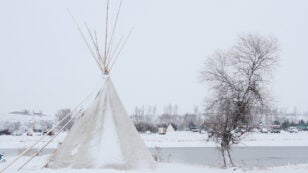 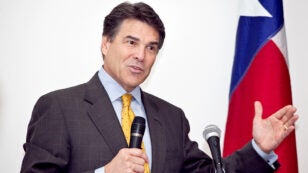 By Steve Horn Former Texas Republican Gov. Rick Perry, a board member of Energy Transfer Partners—owner of the Dakota Access Pipeline (DAPL)—has been named U.S. Secretary of Energy by President-elect Donald Trump. Perry, the former chairman of the Interstate Oil and Gas Compact Commission (IOGCC), ran for president as part of the Republican Party primaries […] 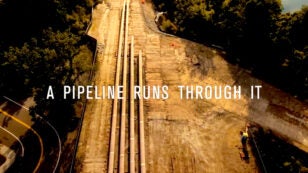 By Joe Catron As completion of the Dakota Access Pipeline remains on standby after the Army Corps of Engineers announced on Dec. 5 that it would not authorize the development company to drill under the Missouri River near the Standing Rock Sioux Reservation in North Dakota, similar projects continue to encroach on indigenous communities across […] 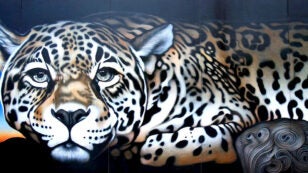 In support of the Standing Rock Sioux tribe’s campaign to protect their water and sacred grounds from the Dakota Access Pipeline, the Center for Biological Diversity and artist Roger Peet installed a mural of an endangered butterfly at the Oceti Sakowin camp, where hundreds of tribes and allies gathered in peaceful protest. Here are the […] 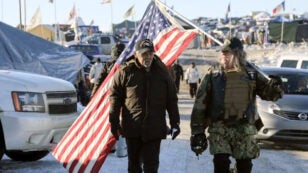 Hundreds of U.S. veterans that joined the historic uprising at Standing Rock at a pivotal moment ahead of a key victory are turning attention to their next act of solidarity, this time to stand with communities suffering from the ongoing water crisis in Flint, Michigan. One of the main organizers who brought together more than […] 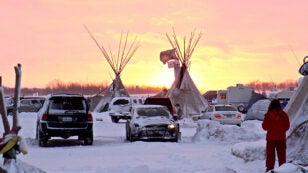 What’s Next for the Water Protectors at Standing Rock?

As we reflect on the decision by the U.S. Army Corps to suspend the Dakota Access Pipeline (DAPL) river crossing easement and conduct a limited Environmental Impact Statement, the resistance camps at Standing Rock are making plans for the next phase of this movement. Camp at Standing Rock.Daniel Brown for WhoWhatWhy Standing Rock Sioux Tribal […] 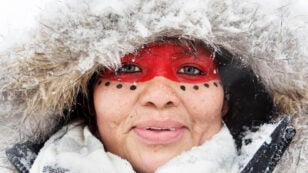 Photos by Brian Nevins, Introduction by Joe Spring This past Saturday night, Dispatch singer Brad Corrigan called photographer Brian Nevins, and told him he wanted to go to Standing Rock. Nevins was on a flight six hours later from Boston. At the time, Corrigan was in Pine Ridge Reservation doing work for his organization Love, […] 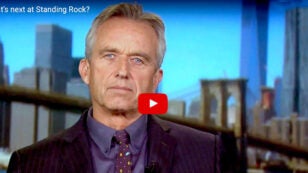 Robert F. Kennedy, Jr. shared his reaction Monday to the decision to halt construction of the Dakota Access Pipeline with CBC’s Andrew Nichols. In the interview, Kennedy said, “It’s an important victory. It’s not a denial of the permit per se, but it is going to require what we’ve wanted to achieve from the beginning, […]