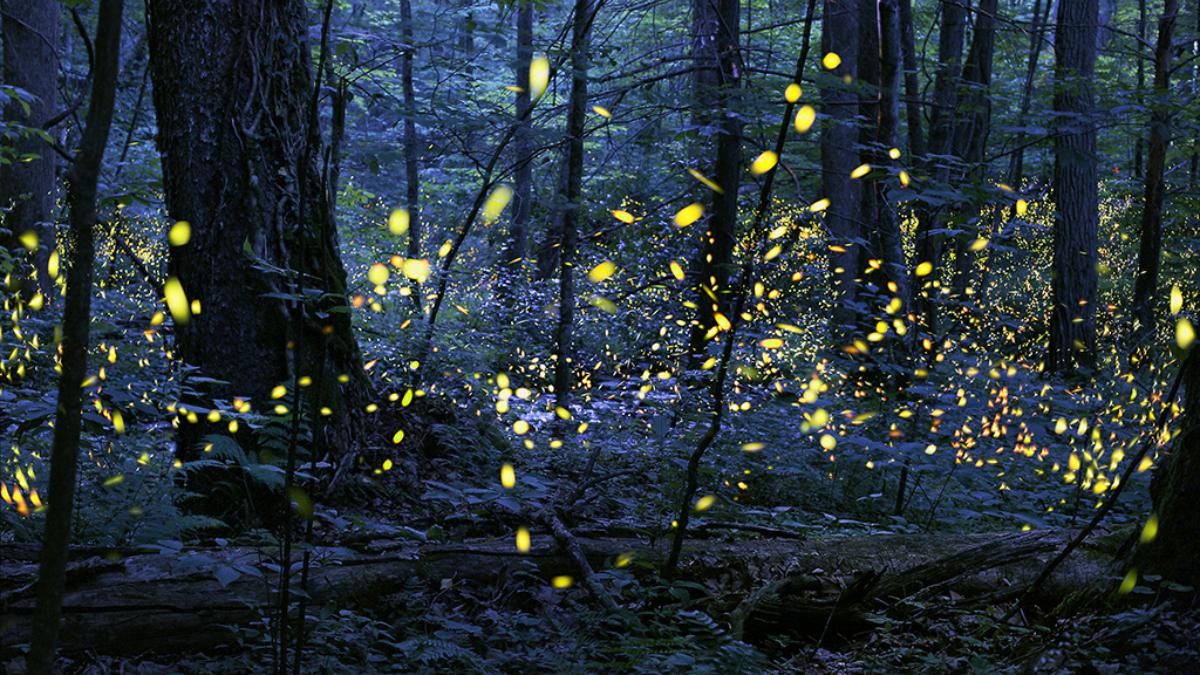 In the Great Smoky Mountains, people are traveling and waiting until dusk to get a glimpse of what some have claimed is a life-changing experience: watching a rare, synchronous firefly light show.

“I thought it was a somewhat life-changing event,” Rocky Fork park manager Tim Pharis said to WJHL. “I wait all year long for these firefly programs.”

For only two weeks from late May to early June, fireflies in the southern Appalachians come out at dusk and display their synchronous light show across the landscape. The fireflies flash their lights in unison for five seconds at a time, according to The Guardian. This light show only happens once a year, and it’s a part of the fireflies, scientifically known as Phontinus carolinus, mating routine. Some say the event looks like Christmas lights.

“It can give you the impression like you’re standing in a stadium and people are starting to do ‘the wave,'” Dana Soehn, a spokesperson for the park said to The Guardian. “It is this dazzling one-of-a-kind natural phenomenon.”

Out of the known 2,000 species of fireflies known, only around a dozen have the capability to synchronize their light flashing.

“I saw lightning bugs out growing up, but I did not know about the synchronous ones,” Kim Litz said to WJHL.

The event is so sought after that more than 20,000 people from every U.S. state entered a lottery trying to get one of 800 passes available to see the natural phenomenon. The event helps to avoid people disturbing the fireflies and keeps everyone a safe distance away. White light from headlights, cell phone flash, and flashlights can all disturb the fireflies and keep them from flashing their lights for 10 minutes or more, Soehn said.

When producing light, the fireflies use a chemical reaction in the organ at the tail-end of their abdomens, according to Orit Peleg, a professor at the University of Colorado, Boulder. It’s currently unclear why the species synchronize their flashing.

“I think it’s still a mystery, which is why we’re all here,” Peleg said to The Guardian.

We’re all driven by trying to understand them better.”

Nate Nelson, a photographer in the Great Smoky Mountains was able to capture the synchronous fireflies using a layering effect that depicts how the bugs flash in person.

Some of the pictures can be seen here: