Sydney Fireworks Show to Go Forth Despite Fire Risk 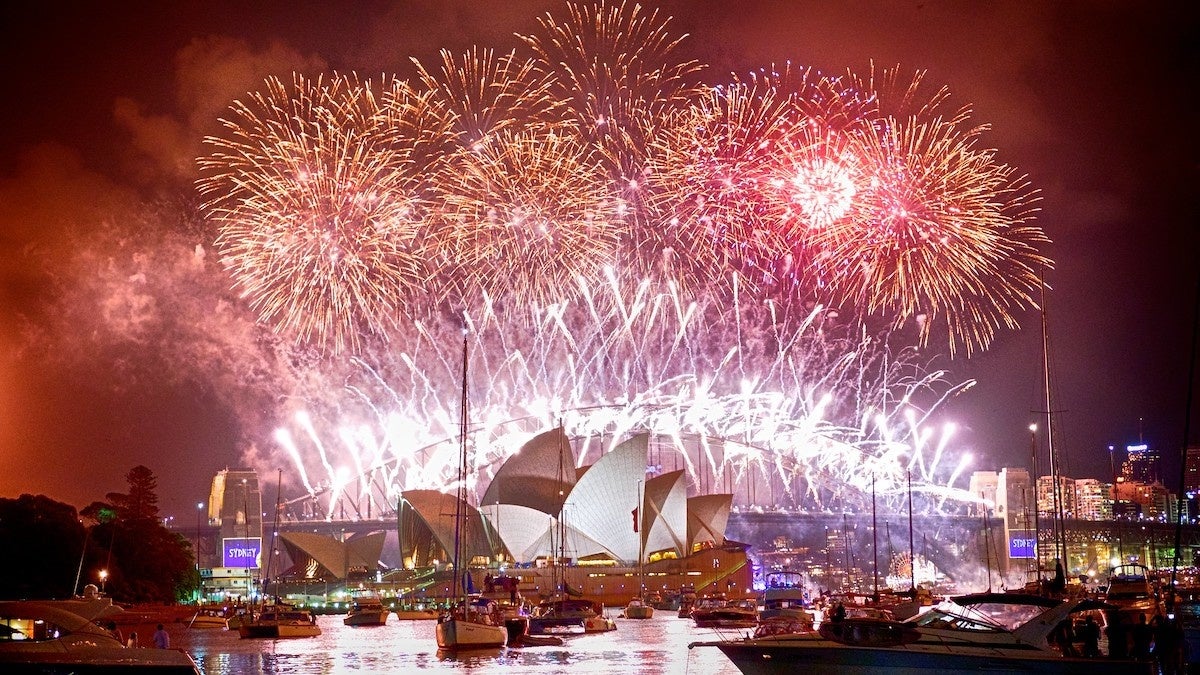 Despites calls by politicians and more than a quarter of a million signatures on an online petition to cancel Sydney’s New Years’ Eve fireworks show, city officials are pushing forward and saying the show will happen, as CNN reported.

The Change.org petition now approaching 300,000 signatures asks for the money spent on the iconic fireworks display to be given to the firefighters and farmers struggling to battle the prolonged brushfires in New South Wales, according to NPR.

Temperatures in the harbor near the Sydney Opera house will push past 90 degrees on Tuesday, while temperatures in Western Sydney are expected to exceed 100 degrees. The heat wave coupled with the smoke already in the air and the threat of more brushfires has forced several towns in New South Wales to cancel their fireworks displays, according to The Guardian.

Deputy Premier of New South Wales John Barilaro took to Twitter to say the Sydney show should be cancelled.

“Sydney’s New Years Eve Fireworks should just be cancelled, very easy decision,” Barilaro tweeted. “The risk is too high and we must respect our exhausted RFS volunteers. If regional areas have had fireworks banned, then let’s not have two classes of citizens. We’re all in this crisis together.”

The NSW Rural Fire Service forecast “severe” fire danger for the region on Tuesday and did not lift the total fire ban for several rural communities that had applied for an exemption to the ban so they too could have a fireworks display. Several mayors of towns where fireworks were cancelled said the wind conditions made it irresponsible to continue with a fireworks display, according to the The Sydney Morning Herald.

As one of the first cities in the world to welcome in the new year, Sydney invests heavily in a spectacular fireworks show in the city’s harbor, which generates roughly million for the New South Wales economy, as The Sydney Morning Herald reported

“Cancelling would seriously hurt Sydney businesses, particularly in the wake of reports of a weaker retail season, and would also ruin plans for tens of thousands of people who have come from across the country and overseas,” said Tanya Goldberg, city of Sydney spokeswoman, as The Guardian reported.

Officials added that despite calls for redirecting money toward the front lines of the brushfires, the money appropriated for the fireworks display had already been spent and could not just be moved to help farmers and firefighters.

“Our fireworks are planned 15 months in advance and most of the budget — which is largely allocated to crowd safety and cleaning measures — has already been spent,” said Sydney’s Lord Mayor Clover Moore, as CNN reported.

“We appreciate that there is a lot of suffering in the community at the moment,” said New South Wales Premier Gladys Berejiklian, as The Sydney Morning Herald reported. “NSW has always been a state that’s hopeful about the future, that’s resilient, that’s optimistic. And we need to stay strong so we can keep supporting our communities that are doing it tough.

“Sydney is one of the first cities in the world that welcomes in the new year, and if it’s safe to do so, we should continue to do it as we’ve done every other year,” she added.