Sydney Is Choking on Bushfire Smoke, Poorest Residents Struggling Most 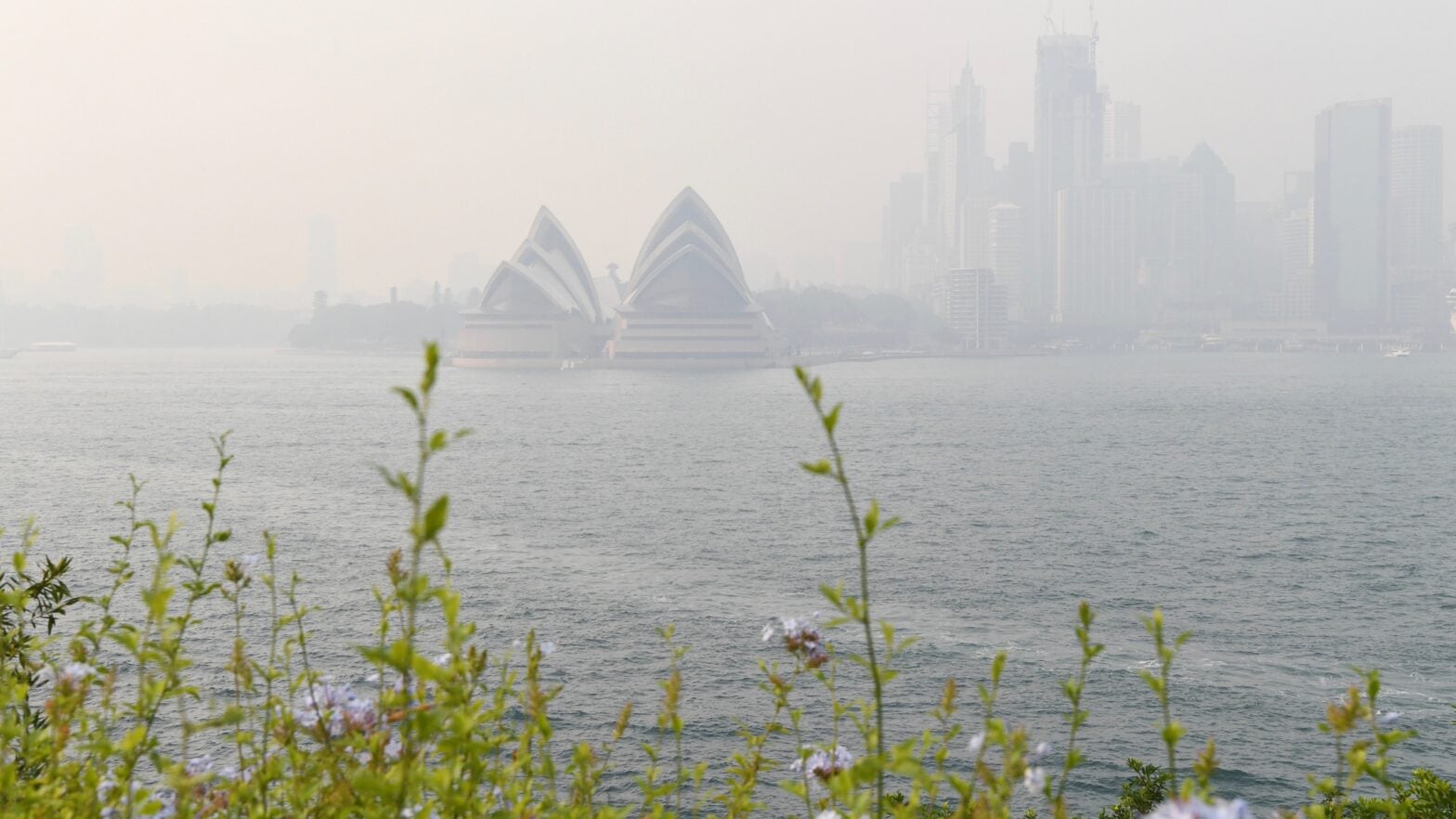 The Opera House is seen with smoke haze which enveloped Sydney Harbor on Dec. 10 in Sydney, Australia. Smoke haze hangs over the city as the New South Wales fire danger risk is raised from 'very high' to 'severe'. James D. Morgan / Getty Images

The brushfires raging through New South Wales have shrouded Australia’s largest city in a blanket of smoke that pushed the air quality index 12 times worse than the hazardous threshold, according to the Australia Broadcast Corporation (ABC).

Still winds on Tuesday left a stagnant haze over the city so smoky, it set off fire alarms in buildings and train stations, stopped ferries from running on the city’s famed harbors, and hid iconic landmarks like the Sydney Opera House, according to Reuters.

“This smoky period we’ve been experiencing for the past month or so, it is unprecedented, so these conditions are a risk to people’s health,” said Richard Broome, the New South Wales government’s director of environmental health, as Reuters reported.

Satellite imagery shows that a 37-mile long wildfire is tearing through an area northwest of the city and pushing smoke east over the city and over the Pacific Ocean, all the way to New Zealand, according to Reuters. In total, 81 fires are burning across New South Wales and 39 have yet to be contained, according to the Sydney Morning Herald.

Heavy rains are not expected until the end of January and temperatures hit a high of 107 degrees Fahrenheit today.

Outdoor events were canceled over the weekend and respiratory illness is on the rise as smoke, ash and particulate matter irritate lungs, according to Sky News Australia.

Sydney schools canceled outdoor trips, recess and sports. The Fire Brigade Employees Union said firefighters have responded to four times as many false alarms on Tuesday as a typical day because of the lingering smoke, as the Sydney Morning Herald reported.

The smoke haze is predicted to linger until at least Saturday. Even though the air will clear up a bit net weekend and the winds will shift to give firefighters a chance to make headway, the air will be far from healthy.

“It’ll be another few weeks if not longer, depending on the weather conditions,” said Agata Imielska, senior climatologist at the Bureau of Meteorology, as the Sydney Morning Herald reported.

The hazardous air quality is particularly frightful for the city’s poorest residents who are often unable to afford air conditioners, air filters, or even masks. Rouse Hill, a neighborhood in Sydney, saw the air quality index, a measure of particle pollution, hit 430 on Tuesday. Anything above 200 is considered hazardous. Some suburbs saw the AQI index hit an unprecedented 2,200, as The Guardian reported. The worst air quality reading was in Rozelle on Tuesday afternoon, where the AQI was 2,552, according to ABC.

“My poor patients, many live on the margins of poverty,” said Kim Loo, a general practitioner in a Sydney suburb to The Guardian. “They live in houses that aren’t sealed. I know there are guidelines telling people to stay inside if they have certain health conditions, but that’s no good if your house isn’t sealed and you can’t afford an air filter.”

“It is disastrous and it’s unprecedented,” Loo added. “We have no experience dealing with this for such a long period. I have patients on oxygen for lung disease and they’re on it for 16 hours a day and they can’t go outside at all now. They’re isolated.”

Richard Broome from New South Wales Health warned that everyone, regardless of their health, should take the poor air very seriously and cut back on outdoor activities. He also suggested that people wear face masks and learn how to seal them correctly.

“P2 or N95 face masks are in theory effective against smoke, but there is evidence that in order for them to work, you have to have a really good fit and it is quite hard for people to achieve that in practice,” Broome said to ABC. “So the evidence is that whilst they can be effective, they might not be providing the benefits that people think they are.”