Swim at Your Own Risk: Federal Government Fails to Prioritize Water Protection 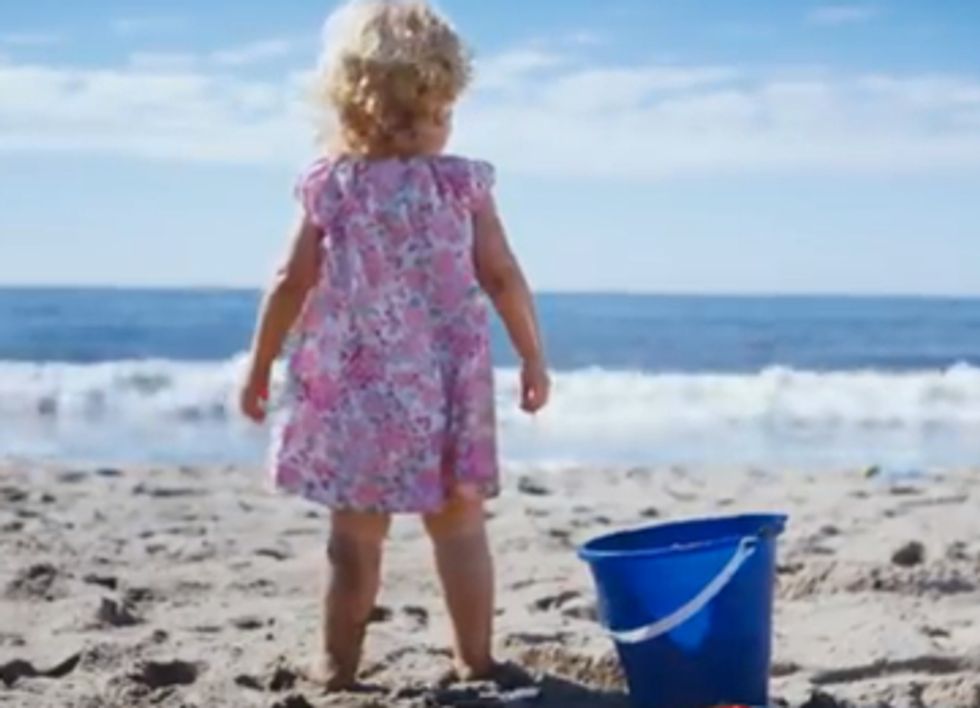 Some kids are afraid of sharks. In the ponds where I like to swim, it’s snapping turtles—although I’ve never heard of one hurting a swimmer. Or they might even fear some sort of imaginary water monster, scaly and horrible, lurking in rivers and streams. As thousands of families head to the waterfront for the start of the season, parents are preparing to coax their kids into the water. But in some communities, the danger in the water is all too real. In Georgia’s Lake Blackshear, they’re afraid of E. Coli. In Talco, TX, it’s oil.

Yes, there be monsters here, but not the kind with tentacles and sharp teeth. These monsters are carcinogenic chemicals, crude oil and dangerous bacteria, spilled or dumped—often illegally and without penalty—by industrial polluters, into small streams and wetlands, from where they can wash into bigger lakes, rivers, oceans and even drinking water supplies. For more than a decade, the U.S. Environmental Protection Agency (EPA) has been hamstrung when polluters contaminated certain streams and wetlands, thanks to some muddled Supreme Court rulings and Bush-era policies that made Clean Water Act enforcement nearly impossible in these cases. And yet for the past two years, the Obama administration has been sitting on an opportunity to better protect these waters. The administration has proposed strong protections for these waters, but has waited and waited to put them into effect. It’s high time the administration moved forward to strengthen clean water protections.

The Clean Water Act is our nation's fundamental safeguard for water. Yet tens of millions of wetland acres—which protect drinking water, and provide crucial flood protection and wildlife habitat—have been effectively cut out of Clean Water Act protections. And about 2 million miles of streams, which provide drinking water for 117 million people, along with the wetlands nearby, are in a legal limbo that prevents many of them from being protected. Hundreds of communities have been left at the mercy of polluters.

In Georgia, swimmers and boaters on Lake Blackshear have to deal with manure in the water, washed in by a factory farm upstream, because enforcement efforts were hampered. When crude oil spilled into Edwards Creek, a small, seasonal stream in Talco, TX, the EPA didn’t even bother to pursue enforcement, despite the fact that half the residents in the county get their drinking water from systems that rely on streams like these. The current legal tangle made it too complex to prove that Edwards Creek was protected under the Clean Water Act. This is what the administration's proposal would fix.

Ensuring that small streams and wetlands are protected is an important measure for public health, and a sound economic decision as well. Wetlands soak up overflows from storms and swollen rivers like sponges, protecting billions of dollars’ worth of property and countless lives each year.

Across the country, we have 9.6 million homes and $390 billion in property located in 15,000 square miles of flood-prone areas. The flood insurance provided by protecting wetlands helps avoid the price, in economic and in emotional terms, we pay for rebuilding stricken towns.

According to the New York Times, EPA regulators said that in a four-year period, more than 1,500 major pollution investigations involving oil spills, carcinogenic chemicals and dangerous bacteria in lakes, rivers and other water bodies, were not being prosecuted.

Moving forward with new Clean Water Act protections will help preserve wetlands and small streams so more communities can have a reliable drinking water supply, swim without fear of getting sick and protect themselves and their families from devastating floods. It will help provide certainty for businesses and industry and support billions of dollars in economic activity, from manufacturers who need clean, ample water—like brewers—to the millions of anglers who fish in rivers, streams and lakes across the country. As global warming promises to deliver more extreme weather, disrupting water supplies and increasing flooding in many parts of the country, defending our waters from pollution becomes an even more critical effort.

It’s time to end the delay.