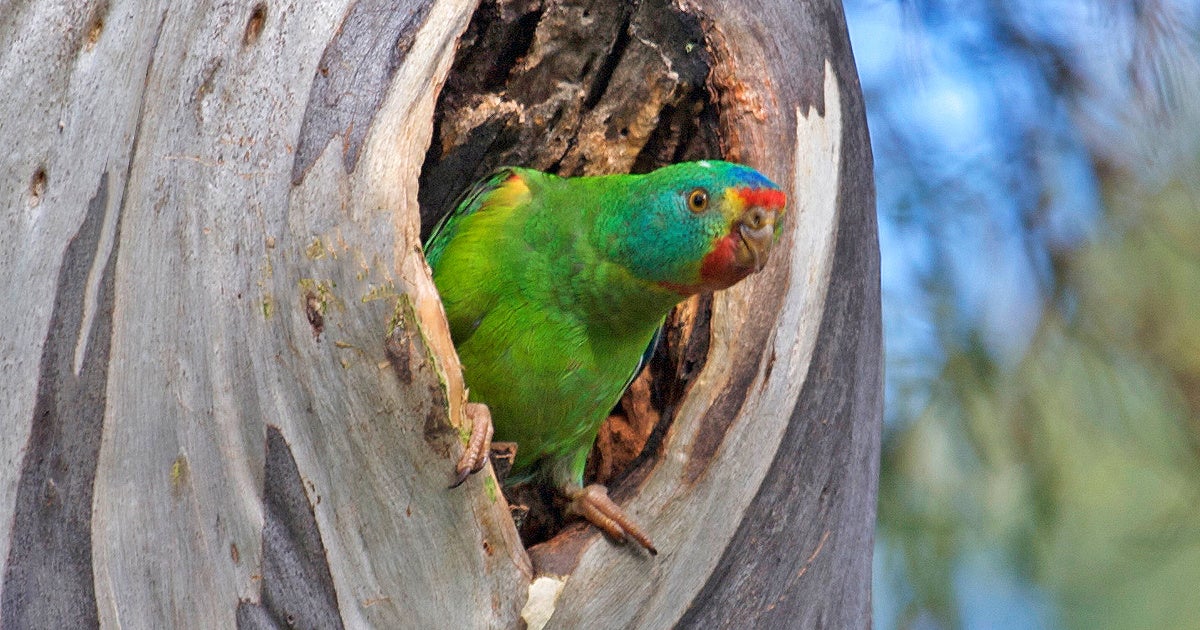 Tasmania’s swift parrots can’t catch a break. Logging has reduced their preferred blue gum breeding habitat by a third in the past 20 years. Sugar gliders, a kind of nocturnal possum introduced in the 1800s, are gobbling up female parrots at an alarming rate. And now, The Guardian reported Tuesday, scientists have found that the skewed male-to-female ratio is changing the mating habits of the endangered species in a way that puts its survival further at risk.

As the female population has declined to the point where there is only one female for every three male parrots, the excess males have begun to bother already-paired females for sex, distracting both parents from mating and raising young. In a study published in The Journal of Animal Ecology on Monday, researchers at Australian National University (ANU) found that more than half of swift parrot nests now had babies from more than one father.

“This is remarkable for parrots because most species are monogamous,” lead researcher Prof. Rob Heinsohn said in an ANU press release.

In Tasmania it's breeding time for the critically endangered swift parrot — but something is very wrong … pic.twitter.com/1K8TsxRDBV

The shared parenting isn’t working out for the babies, however. While equal numbers of eggs are being laid, fewer are living to leave the nest, Heinsohn told The Guardian. That’s because the breeding male parrot ends up spending all his time fighting off unattached males and the female spends her time dealing with the harassment and sneaking sex with the interlopers.

“We think the females are having sex with the other males for a range of reasons, but probably the main one is just to get them off their backs,” Heinsohn said in the press release.

Both parents have less time, then, to gather food for their offspring.

“Although most population decline was directly attributable to sugar gliders killing nesting females, the impact of conflict and lower success from shared mating reduced the population by a further five percent,” Heinsohn said in the press release.

The researchers calculated that if the lowest observed rate of shared paternity persisted for three generations, the birds’ population would decline by 89.4 percent.

Sugar gliders are an especial threat to female parrots because they can enter hollow nests and kill females while they are incubating their eggs there. They kill off more than half of the female swift parrots in Tasmania every year.

Study co-author Dejan Stojanovic told The Guardian that scientists were working with the Tasmanian government to control the sugar glider population and installing nesting-boxes for the parrots that lock when the sun sets at night, but nothing had been done about deforestation.

“I am not confident at all [that the species will survive],” Stojanovic told The Guardian. “We have been working on swift parrots for the last decade, we know so much about them, even to the point that we know about their sex lives now … but even though we know so much, we are actively logging their habitat. We are wilfully pushing the things that are going to lead to their extinction.”